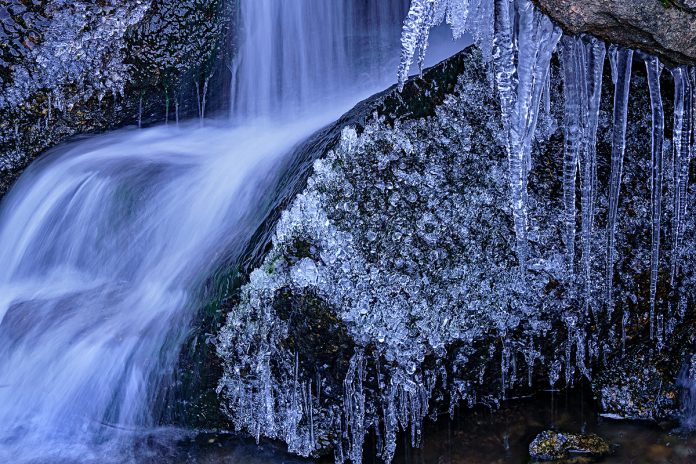 Catamount Falls Route to Pikes Peak Back in Action

The long and frustrating hiatus of a popular hiking trail in Green Mountain Falls and the Ute Pass region, and a key component of the area’s summer tourist trade, is over, with the final green light signal for visitors to venture up and down a route that many regard as one of the best and unique in the area.

“The Catamount Falls Trail is now officially open,” said GMF’s new mayor Todd Dixon, in regards to the trail that takes hikers from downtown GMF to the back side of Pikes Peak, and through an area known as the Garden of Eden and the Catamount waterfalls.

The Catamount Falls Trail closure occurred last summer, and significantly impacted hiker traffic to the area, almost  making a mockery of its paid-parking system. Initial reports indicated that the town experienced a huge 70 percent-plus decline in its regular flow of hikers on the weekend, resulting from this closure.

The town has a network of nearly 15 miles of trails, but the Catamount Falls route is regarded as its “crown jewel” outdoor masterpiece.

The trail was closed due to a property dispute over one particular parcel, owned by a private property owner.

The situation was resolved following the purchase of the disputed property area by the Historic Green Mountain Falls Foundation.  The Foundation and the town then moved cautiously to make sure the final t’s were crossed in the final easement agreement, so similar problems didn’t occur.

The closure of the Catamount Falls Trail was made by a decision of the GMF Board of  Trustees, following an executive session last summer, during which problems were announced with a particular parcel that crossed over private property. They cited problems with actions taken by a former trails committee in not following due process on a variety of occasions.

Members of this group, though, paint a different picture, and note that this route has existed for years.

Regardless of the impasse, the route, which  can be accessed most easily from Belvedere Avenue, is now open.

Dixon confirmed that no changes will occur in the original route. If an agreement could not have been reached, trail buffs were looking at some difficult solutions, such as rerouting the route over more rigorous terrain. This option almost worked against the purpose of the Catamount Falls Trail, crafted by extensive work done by Volunteers for Outdoor Colorado over 20 years ago.

In past years, hikers trekked up Catamount Falls to the Catamount Reservoir by climbing up the waterfall directly, via a route known as the Orange Dot trail But this often created dangerous conditions and led to many injuries.

The brainchild behind the revised Catamount Falls Trail was the late Dick Bratton, the chairman of the former trails committee, who also served as mayor and trustee.

Dixon and the board of trustees, which now includes three new leaders, made it clear they are a pro-trails council and aren’t afraid to allocate needed resources to improve local trails.

At last week’s meeting, they agreed to foot the bill for $4,500 for trail maintenance this year  by the Friends of  Ute Pass Trails volunteer group, consisting of some members of a former committee, which previous leaders often criticized. The former trails committee was disbanded by the board of trustees and replaced with a new Parks, Recreation and Trails Committee subcommittee, which reports directly to the board of trustees.

At the recommendation of this committee, the money will be allocated to Friends of Ute Pass Trails, a newly formed volunteer group.

Jesse Stroope, the chairman of the committee, noted that no trail maintenance has occurred in Green Mountain Falls for several years.

The trustees unanimously agreed to okay the funding.

Trustee Katharine Guthrie raised a few red flags over whether this group will do work that involves expanding trails.  This often turned into a hot subject in the past, with some residents complaining about the access to the trailheads, especially for new routes. Most trailheads are located in residential areas.

Stroope, though, stated that these types of possible future expansion projects would come before the board.

During the COVID-19 pandemic, the town had a huge spike in trail usage, as part of the state edict to enjoy the outdoors more. This even led to the temporary closure of the Mount Dewey Trail, another popular route on the sunny side of GMF, with the access in a residential area near the swimming pool.

It will be an active year on the local recreation front. Besides the reopening of the Catamount Falls Trail, the town will experience soon the opening of a new Fitness Court and the annual Green Box Arts Festival, highlighted by the debut of Colorado’s first James Turrell Skyspace project.