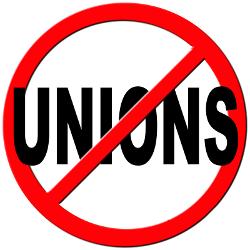 Bring on the unions and attorneys.

That’s the reality facing Teller County  leaders as they confront their final uphill stand this week in the state battle against mandated collective bargaining for government employees.

The Teller County commissioners aren’t retreating quietly, but they concede that they are dealing with tough political odds; and at a best-case scenario, may just have to hope for a water-down version of Senate Bill 230.  This legislation would open the door for public sector workers at the county government levels to engage in collective bargaining with their employers.

Bill proponents describe it as a way to allow workers to be recognized and negotiate over key employment standards, such as specific job duties and work caseloads,” safety protocols, wages and benefits. Workers could not be fired for organizing a union and both sides must negotiate in good faith.

However, the effort has faced massive opposition from county commissioners across Colorado and from the Colorado Counties, Inc, the main trade group for county governments. They say their concerns about the pending costs of these changes  have been completely ignored, and could have disastrous financial impacts.

Originally, the legislation, described by Teller leaders as an all-out mandate for collective bargaining, would have affected city and education workers and their employers. Now, the plan just will focus on public workers for county governments.

Regardless of the more restricted focus, Teller government leaders, similar to comments made several weeks ago, are crying foul and accusing the bill proponents of refusing to consider the impacts for smaller rural counties. Moreover, they believe many services, such as road maintenance and snow removal, could get trounced.

During last week’s meeting, Commission Vice-chairman Erik Stone led the charge in firing verbal  bullets at the collective bargaining package. He described the legislation as the “largest unfunded mandate in Colorado.” According to Stone, the collective bargaining mandate would have financial impacts across the state for counties of $3 million to $5million.  “Counties were never invited to the table…There are huge problems with the bill. It is very problematic.”

Stone described the package as a “one-size fits all” law that won’t work for many rural counties, such as Teller.

The commissioners have taken a strong stand against collective bargaining for several months, and even submitted an official opposition letter to Colorado Governor Jared Polis, outlining their concerns. They estimate it could add 35 percent to their labor costs.

Plus, they believe county taxpayers would end up as the real losers as certain non-statutory services, could get eliminated or heavily reduced, such as road maintenance. Stone noted that the county tries to snowplow all roads within 24-hours, following the end of a snow storm.

He sees such resident-friendly programs as getting trashed if this legislation moves forward and possibly the county having to operate with fewer employees.

On a more personal level, Stone believes the bill would create an adversarial relationship between county officials and employees. “We are a family here,” said Stone. “We laugh together We cry together.”

“This sets up a bad relationship between us and the residents. To me, it is offensive,” said Commission Chairman Dan Williams, at an earlier meeting.

The commission vice-chairman fears that the current bill is just the “start” of a flurry of similar collective bargaining mandates that will eventually impact cities and school districts. “This is the start and not the end,” said Stone.

These  views were echoed by other county leaders at last week’s meeting.  They indicated it could take away the flexibility they would have for negotiating with employees for pay increases , merit incentives or better working conditions, as now employees would have to deal with their union representatives.

The one advantage Teller has in their fight is the time clock.

The legislative session ends on May 11, and in the final week lawmakers much deal with hundreds of bills.

According to earlier reports, the collective bargaining plan could get confronted by more than 200 amendments. The bill currently awaits a hearing from the Senate Appropriateness Committee.

In other county news, the Teller commissioners public acknowledged the services of Lindsey Chapman, who has served recently as Teller’s interim administrator. She was honored for 35 years of service with the county.  Chapman has held a variety of jobs with the Teller County government.

Chapman took over the reins of retiring administrator Sheryl Decker.

The county recently hired a new administrator, Ross Herzog, the former city manager for the resort town of Telluride. Herzog began his duties last week, and met with many civic leaders and residents during a meet and greet gathering, hosted by McGinty’s Wood Oven Pub in Divide.