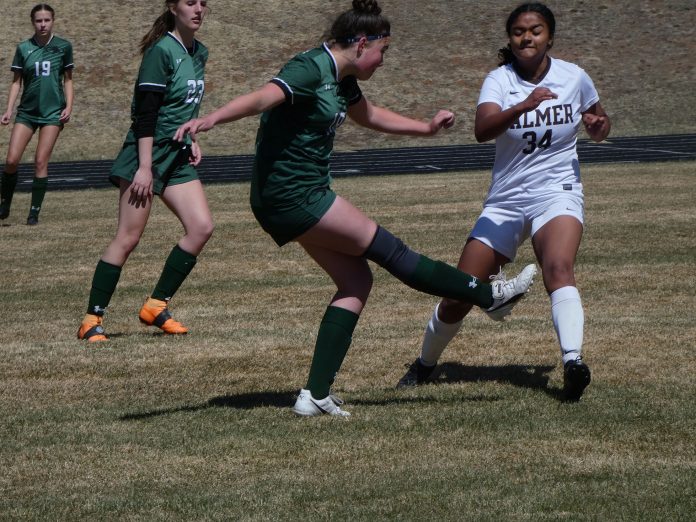 The Woodland Park Lady Panthers’ soccer team  has remained hot throughout the season, and they should see post-season play.

The girl kickers have stayed close to the undefeated mark despite a difficult loss recently to Canon City.

During one of their biggest matches of the season, the ladies came short against the Tigers and fell 3 to 1. However, since this loss, the team has won every single game. 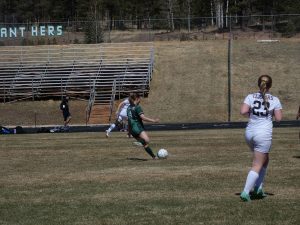 The girls currently have an 11-2 overall record and they are 4-1 when it comes to playing teams in their league. Even with their loss to Canon City, they are still ranked in first place in their 4A Colorado Springs Metro South league. Coronado sits behind the Panthers in second place, and Canon City is in third.

Before the Panthers lost to Canon City on April 21, they were rolling on a seven game winning streak. Then after they lost, they started another winning streak. 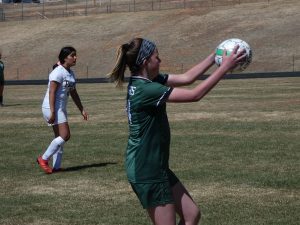 Last Monday, they beat the Elizabeth Cardinals 9-0 on the road. Tuesday, they beat Summit 1-0, and Wednesday they dominated Harrison 7-1.

According to the team’s coach, their hard work and improved teamwork have been the major factors  contributing to their success. The team has also produced many star players that have racked up some impressive statistics so far this season. 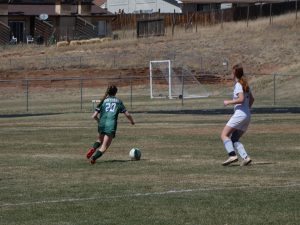 Currently sophomore Hailey Witt and senior Morgan Berry have led the team when it comes to scoring by picking up 16 goals each. Junior Shealan Waters has also scored 14 goals and made five assists. Sophomore Emma Vonderharr has also looked stellar this season with 10 goals made.

When it comes to goaltending, junior Isabella Slocum has been the team’s go to goalie with 11 games played. Slocum has made 55 saves. 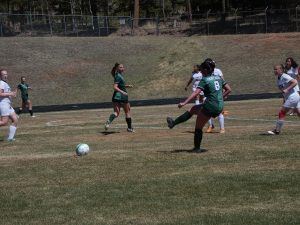 The team’s backup goalie, sophomore Katie Roy, has also come in clutch during the five games she has played. Roy has only surrendered one goal against her, recording 13 saves.

League play for the girls wrapped up last weekend and the team only plays one more school during regular season this year.  This involves a team that is not in their league, but it will be a tough square-off for the Panthers. This Tuesday, the Lady Panthers challenge the 13-0 Lamar Savages on the road. 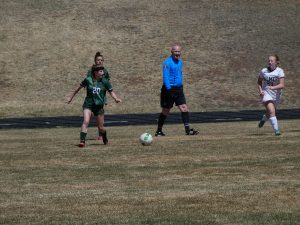 No matter what happens this week, it is safe to say that the girls’ season is not quite over because the playoffs will most likely be in the team’s future.

One team that won’t be seeing any post-season action is the Woodland Park  baseball team, as they have encountered tough times with weather delays. It has been a rough season for the Panthers’ baseball team. The weather has also not been an ally,  as many of their games keep getting rescheduled.

For most of the season the Panthers have ended up on the losing side of the diamond. However, the Panthers did snap a seven-game losing streak when they beat Mitchell at home on April 23, 11-1.

But since then, it has been more downhill for the Panthers. Coming off of their win last week, the Panthers lost to Widefield on Tuesday on the road 19-4.

The Panther baseball team currently has a 2-10 overall and a 0-4 league record. As of now, they are in fifth place in their 4A/5A Colorado Springs Metro South league with Canon City (first place) and Mesa Ridge (second place) leading the league.

Sophomore Nicholas Schriever, and seniors Mason Pyles and Tyler Thime all also have batting averages over .400. But the Panthers have struggled to hit the ball out of the park. Junior Ethan Horton and sophomore Caden Howard are the only two players that have smashed home runs this year.

For pitching, Pyles and Thime currently lead the team with the best ERAs. But, Horton and McAfee have been getting more time on the mound with six appearances apiece.

Luckily for local baseball fans, the Panthers’ season is not real close to being over as the regular season continues until their last match on May 17. The Panthers play the 8-10 Coronado Cougars twice this week, at home on Tuesday and then on the road on Thursday. This Saturday, the boys take on the 6-7 Colorado Springs Christian Lions at home.