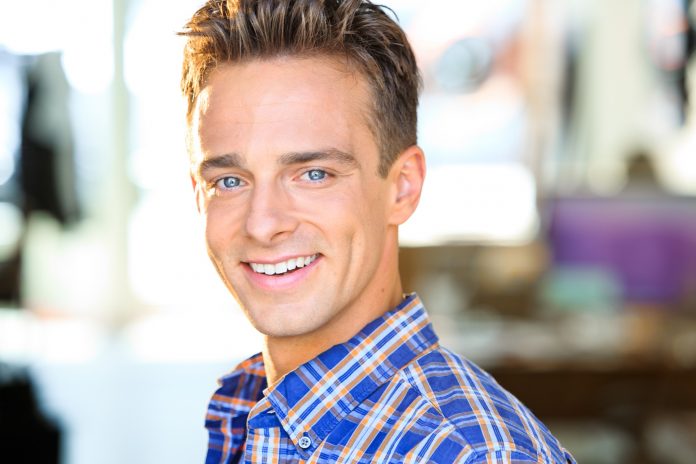 Earlier this year, the city of Cripple Creek announced plans to pursue  a new theater manager to replace a local legend, Mel Moser.

Moser had been in charge of the Butte since 2012, and played a role in theatrical productions there since the facility began hosting shows nearly 25 years ago. Moser opted to step down for personal, family reasons.

The city of Cripple Creek first started looking for someone to replace him at the start of the year as Moser said he would stay in the position until a replacement occurred. After a couple months of searching, it was announced last month that Zack Sztanyo would become the new theater director.

Sztanyo started in the first part of March, as he and his wife moved from the Los Angeles area and purchased a home in Cripple Creek. Moser will stay on until May to help the new manager learn the ropes of the business and prepare him for when the professional theater company starts producing major shows in June.

Moser who has been involved with theater most of his life, first started in Cripple Creek theater community from 1980 to 1984, performing in shows at the old Imperial.  He also was involved  as a lead performer during the birth of the Butte Opera House around 1999/2000, under the helm of Bonnie and Steve Mackin, part of the family that put classic melodrama on the map in Cripple Creek. Then in 2007, the city approached Moser about doing shows there, and turning the Butte into more of a year-round operation. This prompted him and two others to start the Thin Air Theater Company.

In 2012, Moser left the Thin Air Theater Company to become the Butte’s full-time manager. He went to work for the city because he wanted them to have someone on staff that was not affiliated with the theater company.

But then after holding the reins at the Butte for around a decade, Moser decided it was time to move on. He resigned with the city so that he could move to Wyoming to help his brother care for their elderly mother.

Sztanyo started his new job on March 7 the same week he and his wife bought a house in Cripple Creek and moved in. The new manager is not new to the area. He has helped film a movie in the area and lived in Lake George for eight months.

Sztanyo has been acting his whole life. In fact, during his high school and college years, he found more of a passion for it. In 2015, he moved from his home state of Michigan to Los Angeles to study acting in the Meisner Intensive Program for two years.

He then produced a show called “Hurylburly” in Santa Monica, California. After that, he acted in a few shows and student films in the LA area.

In 2018, Sztanyo got the opportunity to come to the Cripple Creek/Victor area to film a movie called “Rook.” During his time filming the movie he said that he fell in love with the area.

He then lived with his wife’s family for eight months where he decided he enjoyed mountain living. When he was in town last summer for his wedding, he met Moser and applied for the job. He was hired last February and started his new position in March.

However, despite the change in management, the new theater chief said that not much will change with the shows, and what will be produced. He plans to work closely with the Thin Air Theater Company to keep producing quality melodrama productions

“The main focus of the Butte Theater is the classic melodrama,” Sztanyo said. “The Butte Theater is one of three maybe four places left in the United States where you can go and see a classic melodrama. They have heightened stories and heightened characters. Mel (Moser) says it’s the ‘Shakespeare of the West.’ The thing that really sets this apart is the history of it, and the fact that it has been done here in Cripple Creek since the 1940s.”

As far as acting goes, the new theater manager said that the actor inside him wants to get back on stage, and that he may do so at some point down the road. But for now, Sztanyo says that he wants to focus on the business side of the operation, including an emphasis on marketing.

The theater’s first show (a comedy called “Blithe Spirit”) will be a community production that opens on April 29. Thin Air Theater’s first production, “From Rags to Riches (Or the Streets of Cripple Creek),” is slated to open on June 24.