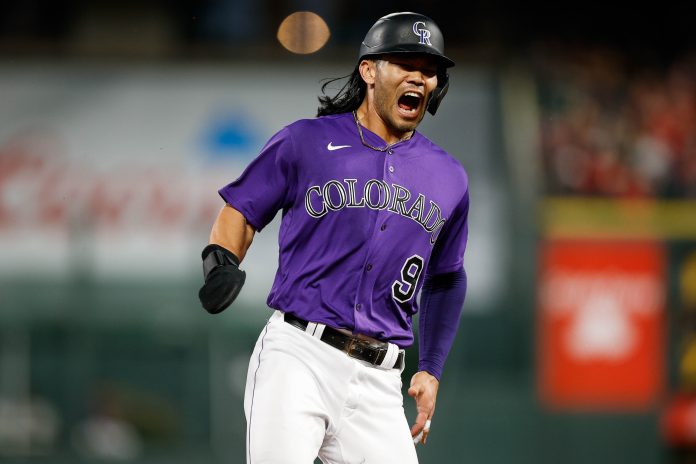 A good sign that the summer season is almost here is when America’s famous pastime starts filling up  ballparks.

At the beginning of 2022, baseball fans everywhere were concerned that there might not be play in the Major Baseball League (MLB) this season.

The players’ unions and the teams got into a battle leading to a lockout just a couple months before baseball season was slated to start. Spring training matches were postponed and the regular season even ended up starting a bit late.

But luckily for fans, the league did come up with an agreement so that there would indeed be MLB games for the 2022 summer season. In fact, opening day for most teams began last weekend meaning that the regular season is now officially underway.

The Rockies held their home opener last Friday, and they took on the Los Angeles Dodgers at Coors Field.

In Denver, the weather was perfect for baseball as it was a sunny Friday afternoon with temperatures in the mid-60’s. Denver native Kyle Freeland started the game on the mound and the fan-favorite free agent signee Kris Bryant was in leftfield.

The game was rather close, but in the end the Dodgers came out on top 5-3 perhaps due to striking out the Rockies 12 times. For some fans though, it wasn’t a huge surprise because the Rockies are 13-36 against the Dodgers since their last playoff season in 2018.

Bryant was acquired during the offseason when the Rockies signed a seven-year contract for $182 million. During his first Rockies debut he scored a double, got walked, but then struck out with a runner on in the bottom of the ninth to end the game.

The Rockies, though, rebounded well the following day and beat the Dodgers on Saturday.

The Rockies played the Dodgers three games in a row last weekend to start their season. This week the Rockies have a two game stint on the road against the Texas Rangers and then they come back home to play four matches against the Chicago Cubs Thursday through Sunday.

For local baseball fans there is more good news. The drama going on with the MLB didn’t seem to affect minor league baseball as the Vibes schedule has been on track since the beginning of the year and it has not changed.

The Vibes will be back this year and hopefully better than ever. The league has grown this year with two new teams that the Vibes will take on during the season.

According to a press release sent out by the Vibes’ Assistant General Manager Kyle Fritzke, the program was “extremely successful” as it further developed the game of baseball in Mexico since it allowed prospects from Monclova to play better talent in the U.S.

At the end of last year, the Vibes helped develop five players that got signed into the Major league farm system during the offseason. The Vibes ended up getting more players into the farm system than any other Pioneer league team.

The Vibes General Manager Chris Jones said that he was more than happy to enter into the partnership for a second season. “Myself, the entire Vibes organization, and the Elmore Sports Group are so excited for this continuous partnership and the immense benefit it provides for baseball’s development as a sport and the opportunity it provides for the status of the Pioneer League,” Jones said.

The team in Mexico was also happy to continue the partnership after such a successful first season. “We’re obviously very excited to be coming back to Colorado Springs,” said Jose Melendez, President of the Acereros de Monclova. “I think last year was a great learning experience for our top prospects, and the experience they got [in Colorado Springs] (helped) the same nucleus of kids bring a championship here to Monclova this winter. It was nice seeing these young kids develop into ballplayers, and most of them will be making their debut in the Mexican League this summer.”

The Vibes plan to start their season on May 23 with a three-game home stint against the Glacier Range Riders.