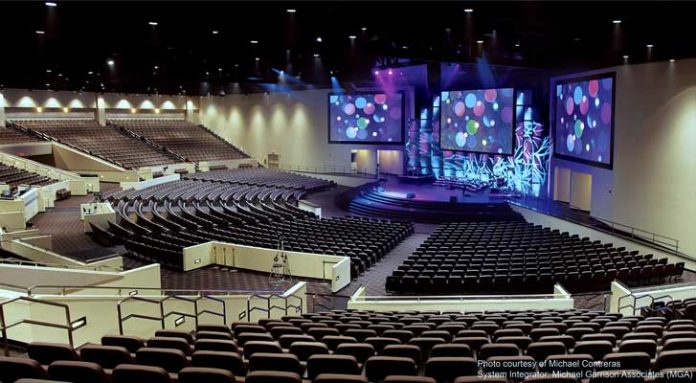 After the pandemic struck the nation, more and more people grew interested in the operations of their local school boards.

The local election last year had a record number of candidates in Woodland Park’s first school board election held in over a decade.

Ever since the new school board members were elected, much of the community’s focus has been placed on the new board directors. In fact, the attendance at the meetings has been so large that the school board has broken worldwide attendance records for board meetings.

When the new school board first took office the meetings were held in a tiny room at the district’s office because nobody used to ever go to the meetings that once were rather boring. But then during their second meeting, several news reporters were asked to leave because the room was at capacity.

The district then started holding meetings in their high school auditorium, but that soon became not big enough. During the last board meeting, about 10,000 people showed up to the meeting and the majority of them were donning signs in protest.

The auditorium filled and the attendees were forced to stand in all of the halls and classrooms in the school. Some were even forced to sit outside in the -30 degree weather.

After the last meeting, the school board held a special work session to address the meeting attendance issue. In the end, it was decided that the district would have to take out a $100 million loan to build a new auditorium for the meetings.

“The public is now very interested in what we are doing as a board, and I think it is a good thing,” said board president Dave Rustyholez. “I want all of the concerned community members to be present at all of the meetings so that they can be heard. The only logical solution was to build a new giant auditorium with taxpayers’ dollars so that everyone can have a chance to be heard and ignored.”

The plan that the board came up with in a private meeting was to build a new auditorium that will be able to seat up to 30,000 people. The board unanimously decided that the middle school’s football field would be the best location for the new auditorium since it rarely got used anyways.

After the board’s secret meeting, a memo was sent out to all staff and parents to report on the decision made. Needless to say, the board’s decision to construct the new building caused outrage within the community.

“I cannot believe this board has made yet another decision to screw over our community,” local resident Sharon Hairpeez said. “Our children are going to suffer because of these decisions. If there is large attendance at school boards meetings it is a bad thing and it means that the board is trying to do crazy things that parents don’t approve of. And, who is going to pay for this useless auditorium anyway?!?!”

“What a waste of taxpayer money,” local business owner Tannen Cox said. “I work hard for my money and I am getting sick and tired of government officials blatantly wasting it. I think this latest idea is the stupidest thing I have ever heard of because who really cares about how many people get to see the board meetings anyways? I am looking into options to fight them on this, but all I know is that I am definitely not paying for it!”

Despite several community members speaking against the project, the board plans to break ground on the new facility as soon as the school year ends. During the summertime when school is not in session and there are no public board meetings, the district plans to use the auditorium to hold death metal shows every Friday night. Bands like Cannibal Corpse and Cradle of Filth are already scheduled to perform at the new auditorium this summer.