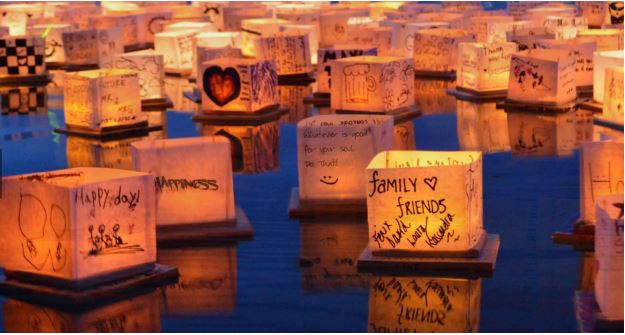 The town of Green Mountain Falls is moving full-speed ahead with new venues and colorful celebrations.

Despite a few concerns regarding potential parking issues, the GMF Board of Trustees unanimously agreed last week to follow in the footsteps of the planning commission, and signaled the green light for the new two-story Firehouse development. This project, expected to open later this year, represents a revitalization of the old fire station structure on Ute Pass Avenue. It would serve as an event and community hub, catering specifically to weddings and gatherings and reunions.

In order to move to the finish line, the project had to scale two hurdles dealing with current laws governing parking requirements and the size of a new commercial structure in the downtown area. In both cases, the property owners, fell short of meeting these requirements and sought variances.

The main proponents of the project, Sherri and Alex Hooper, didn’t attend last week’s  meeting, but the two provided extensive comments at a previous planning commission meeting in February.

A few residents and trustees raised a red flag over the parking variance, as no specific  on-site venue parking would be provided.  The Firehouse proponents had reached an informal agreement with the Black Bear Distillery, located right across the street, to use their parking lot for certain events. And in a recent interview with TMJ News, Sherri Hooper said they would probably shuttle event guests from their lodging establishments to the venue.

However, none of these details are cited in any formal agreement.

The Firehouse development representatives currently own and manage many short-term rental properties in town, along with the Lakeside Cottages.  Through their various lodging units, they can accommodate close to 100 people.

“I just see that as a hassle,” said resident Liz Ives. “It needs to be thought through more,” added Trustee Katharine Guthrie.  They both cited the potential parking problem. No one had any problems with the variance for doing a smaller building than the current 10,000-sqaure-foot requirements, which hardly any business in town satisfies.

But during the board discussion on the request, Mayor Jane Newberry noted that it is not the role of the local government to try to negotiate the challenges facing a local business. “I would like to see it developed,” said Newberry, in discussing efforts to revitalize this structure.  “This is a business in the downtown area.” As a result, she said other businesses in town didn’t have to abide by set parking requirements.

Todd Dixon, the chairman of the  planning commission, who also will serve as the next mayor, agreed. He indicated these hurdles could be overcome and expressed the importance of reviving this structure.

These comments definitely made an impact on the trustees, who all agreed they supported the project. “I have my concerns, but recognize it is  not our business to solve these problems,” said Guthrie, at the close of the board’s discussion.

With the board’s approval, the project could open later this summer. The Hoppers see this as a way to bring the community together more and to tie in with some of the new projects planned, and to make GMF into more of  destination area. “The reaction we have had so far has been outstanding. People want to know when we are going to open,” said Sherri Hopper.

In other major approvals last week, the GMF Board of Trustees signed off on the new permits for the Green Box Arts Festival this summer.

This year’s festival will be showcased by a major display on the lake on July 4, featuring a spree of entertainment. The main highlights will include live music at the Gazebo island and the launching of water lanterns during the performance from the island. The water lanterns will be equipped with LED lighting, instead of traditional candles. According to event coordinator Jesse Stroope, the lanterns also will contain material that is safe for the lake and wildlife. Based on a rendering presented at last week’s meeting, the lantern launching will encompass quite a colorful celebration. 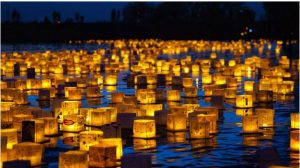 The Green Box staff will handle the launching, but the lantern designs will involve participation from members of the community and area businesses, stated Stroope.

The GMF trustees asked a few questions about the display details, but agreed to proceed with the approval necessary for the Green Box festival, which starts on June 18 and sports two block parties. This year, the event will feature a ceremony for the opening of the James Turrell Skyspace installation, the first of its  kind in Colorado.

In other action, the board also swore in new  planning commission member Mike Frey, co-owner of the Painted Bear business. And in reports, the trustees heard that the town is getting closer to finalizing the details for the reopening of the popular Catamount Trail again.