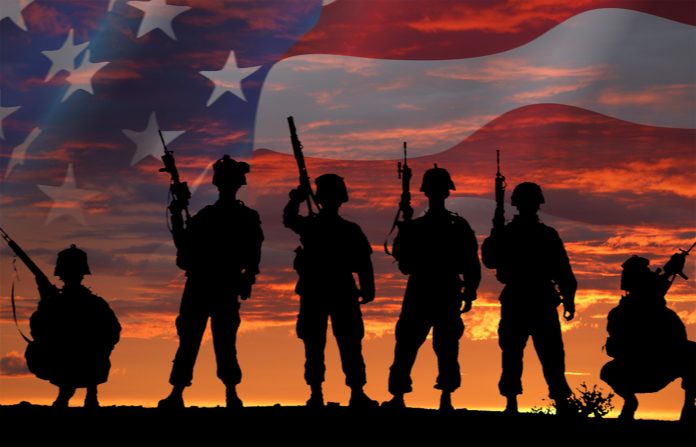 The installation of a veterans’ memorial at the main park in downtown Woodland Park, and plans to rid the town of rules against carrying guns into bars, highlighted action at last week’s Woodland Park City Council meeting.

The idea of building a veterans’ memorial at Memorial Park in Woodland Park reached the forefront of discussion. The proposal for a small veteran’s wall came about late last year, and last week marked the third time the subject has been brought up during a council meeting. This time, the discussion was backed up by some big hitters, including two county commissioners and the founder of the Salute to American Veterans Rally.

In another major action that should appease supporters of Second Amendment rights, the council last week moved forward with a proposal to get rid of a law that outlaws carrying weapons in places that serve alcoholic beverages. The matter was approved on initial posting, setting a public hearing for March 17.

The presentation for the Veterans Memorial Wall was given by the Salute to American Veterans Rally promoter Jim Wear. Wear also brought with him fellow veterans and Teller County commissioners Dan Williams and Bob Campbell, who spoke positively for the memorial as county residents.

According to Wear, the discussion of the memorial began last September after the veterans’ rally was held at the city’s Memorial Park. The rally’s committee wanted to have a memorial in Woodland Park, similar to what they have Cripple Creek, as a place to hold ceremonies during the event, now hosted by Woodland Park.

Wear said that a committee was formed late last year to come up with the specifics for the memorial. The committee’s goal is to have the memorial finished before this year’s rally takes place in August, so that the memorial can be dedicated during the event.

“As we have done with our other memorials, we go for a minimalistic approach,” Wear explained. “Basically, it is a wall in which plaques can be installed one at a time to memorialize particular branches, veterans, outfits, or occasions. Any veteran at any time can nominate a veteran to be memorialized on the memorial.”

During last week’s meeting, Wear and his group was asking the council for permission to hold the spot at the park, and move forward with the process. Initially, Councilmember Robert Zuluaga was concerned that making a decision at the meeting did not give the public enough time to give feedback.

But Wear and other council members assured him that the public would have plenty of time to offer feedback, while the project went through the proper channels to get approved. In the end, the council voted unanimously to approve the placement of the memorial and to allow the group to move forward with the process.

As a result, the group can now present the exact specifications and construction plans to the park’s department later this month. Wear then hopes to gain approval by the city’s engineer by the end of April.

Then, the team hopes they can get approval by the planning department this May. If everything goes as planned, Wear said that he hopes to get final approval from the park’s department by May 15.

The committee will then  try to get final approval to break ground on the project. The project will then start with building a sidewalk that connects to the Dickson Memorial and the park’s main paved pathway.  This will take place in mid-June once the ground thaws, according to Wear.

The construction of the wall will then begin after the July 4th holiday, and it is slated to be finished completely by August 20, which is the main Saturday date for the Salute to American Veterans Rally.

Remember the old saying at saloons in Old West movies: Leave your guns at the door.

Well, that restriction won’t occur in Woodland Park in the year 2022.

During a recent meeting, council members Catherine Nakai and Rusty Neal brought forward a proposed change to the city’s ordinance.

The two council members argued against the current law that prohibits people from carrying weapons in places that serve alcoholic beverages. They noted that this law is outdated, and that  it has not been enforced.

When the subject first hit the council floor, the new proposed law change was supported by all of the elected leaders.

During last week’s meeting, the council signaled the initial green light, and set a public hearing for this issue on March 17.

Teller County is renowned as a heavily armed area, with the region ranked as having  some of the highest numbers of gun owners per capita in the nation.  The council believes the current prohibition should be eliminated, so it is not an issue that clashes with residents’ Second Amendment rights. Plus, the issue of enforcing the current law is another problem.

If the law change gets approved during public hearing at the next meeting, it will be completely legal for residents to openly carry a firearm anywhere in city limits, including bars and restaurants.