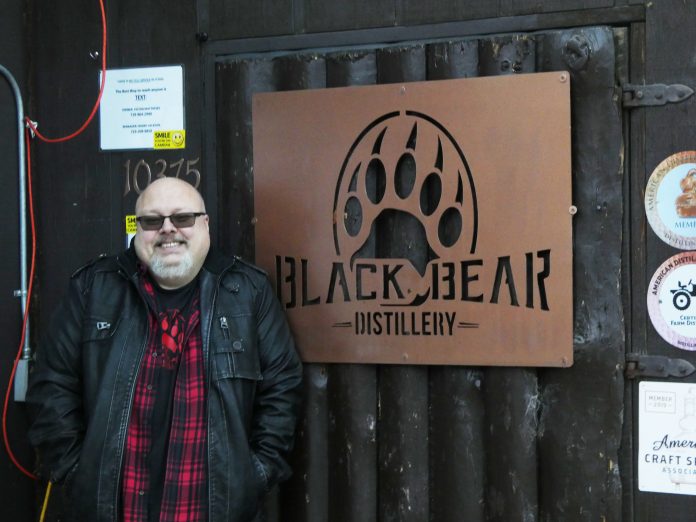 Building Previously Served as a Bar and Fine Dining Establishment

Many people who pass through Green Mountain Falls often wonder what is inside the building of the Black Bear Inn.

For years, the building served as various restaurants, and most recently, it housed an acclaimed fine dining staple in the Ute Pass region.

Now when people drive by, they think it is an empty building, but that is far from the case. The historic location is now the home to the Black Bear Distillery, which has been making spirits locally since 2013. 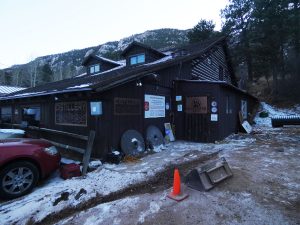 The building now serves mainly as a manufacturing hub, but it also welcomes guests on a somewhat limited basis in their tap room. The tap room has only been open on Saturdays during the summer for the last several years, but this year the team decided to stay open during the winter on one Saturday per month.

The distillery is also open to the public any time one of their handful of staff members is there working on their distilling operations. If employees are working in the building, visitors can enter and receive a historic tour and the chance to sample all of the spirits made in-house. 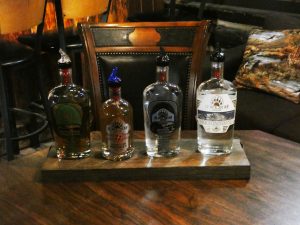 Today, Black Bear’s owner Victor Matthews prides himself as being a master chef turned master distiller, and he is the longest single owner of the building. He is a fifth generation master distiller, but is the first one in his family to be legally licensed to do so.

However, before the idea of a distillery came about, the building served other purposes. In the 1920s, the property was a courtyard for a large hotel that sat above it on the hill.

According to distillery manager Bobby Jackson, the building was built in 1947 as the Black Bear Restaurant. A few years after it opened it then turned into the Angry Grizzly. 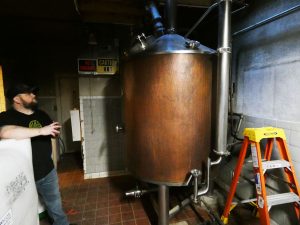 “The Angry Grizzly was a bad name for a restaurant,” Jackson said. “First of putting the word ‘angry’ in the name was not good. And, when the named changed in 1951, we hadn’t had grizzly bears here for over 50 years. And we still don’t have grizzlies here, but that’s what the guy decided to call it.”

Next, the eatery switched owners again and became the Rainbow Inn, which only lasted for a few years. Then, it was renamed Pikes Pub and Grub and was a bar and restaurant until 1999 when Matthews purchased the building.

During the Pikes Pub and Grub days, the bar got known for attracting a rather rough crowd. “We had bikers in here a lot when I was growing up,” Jackson explained. “In the 1980s, there were a lot of Sons of Silence and Hells Angels biker gang members in the area. They made a deal where the gangs wouldn’t be in here or at any bar together. So, the Crystola Roadhouse was on that rotation, the Blue Moose which used to be Pine Gables, and the Royal Tavern in Manitou Springs was part of that too. So, if one gang was there, the other gang would come here.” 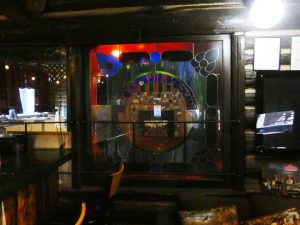 Matthews Turns Restaurant Back into the Black Bear

When Matthews purchased the building in 1999, he decided to turn it back into the Black Bear Inn. Matthews had been in the restaurant industry for several years and he was working as a chef in New Orleans when he learned the building had come up for sale.

Matthews then changed the style of the eatery from a turn and burn diner to a fine dining restaurant. The Black Bear then offered its fine dining cuisine until it changed to a distillery in 2013. 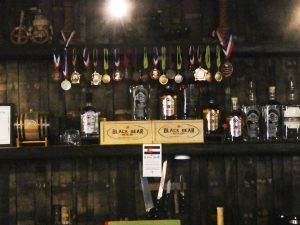 For over a decade, the Black Bear was known as one of the best eateries in the state. From 2000 to 2013 the restaurant made the top ten restaurants in the state, and it took the number one prize three years in a row.

“Then in 2012, the Waldo canyon Fire happened,” Matthews explained. “During the fire, we lost that summer and it was pretty bad. And then the next year, I thought people would come back and it would be better. But it ended up being worse because of the floods. Everyone was afraid to come up because they thought the Pass would be closed due to flooding. So, in 2013 I had to retool so I didn’t lose the property. I loved this place and the property but the restaurant wasn’t working because people weren’t coming up.” 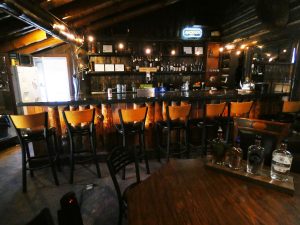 In the building’s tap room, there are still several items that portray the site’s history. For one, there are several mounted animals on the wall, some of which date back nearly 100 years ago.

Another interesting story is that of the Andekar beer sign that was installed when the bar area was built in 1975. The sign stays on all of the time because they cannot figure out how it was hooked into electricity. When the power was shut off so that new wiring could be put in the structure, the light stayed on.

About two years ago, the site gained the attention of locals when a large amount of water was found in the parking lot. Matthews had the water tested and proved that it is coming up from a natural spring.

According to Matthews, most major distilleries ,like Jack Daniels, have their own natural spring on their property to use for their spirits. Matthews now has plans to build a water feature to conserve the spring and use it to distill his spirits.