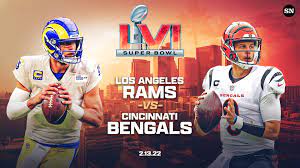 Alright, we won’t lie.  The 2021 football season turned into another bust for Denver Bronco fans, with plans canceled for the playoffs.

Still, we have the Big, Mighty Game this Sunday, the most watched-event in America, and possibly the world. This year, the showdown will occur between the Cincinnati Bengals and Los Angeles Rams in what should come down as a thriller.  Vegas odds are still favoring the Rams by a couple, but Vegas bets haven’t fared that well for Super Bowl contests.

And  yes, you will be bombarded by every analysis created since the beginning of mankind in dissecting the pros and cons of both the Bengals and Rams. In reality, all of the NFL teams this year are slightly flawed, a trend that has  resulted in stellar playoff action.

Take our word for it, don’t believe all the analysis from the world of so-called experts.

In fact, we have our always-right local cast of colorful pigskin personalities and sports experts giving their take on Super Bowl 56.  Nothing like the best Monday morning armchair quarterbacks in the market. Consider these suggestions when casting a bet on the Big Game. Move over Adam Schefter and  Woody Paige, you guys have some genuine competition. We will see who is right and wrong, and who definitely needs to keep their day job, or who should even be a future sports columnist for TMJ.

So, without any further delays, here we go with the local picks for Super Bowl 56.

Enjoy the game, and if you don’t have any plans, visit a local eatery, bar or casino to observe the action, see a wild $20 million zany commercial and celebrate the occasion with a hearty meal or an enticing appetizer.

“Joe Burrow, Quarterback (for the Bengals) and the fact that when they do win, I plan to go to their city — been on my bucket list for years! Plus, I love their uniforms!” -Michael Perini, President, Perini & Associates

“I’m going to pick Cincinnati because I’m from Toledo. I’m going to say it will be a tie game at 24 and then the Bengals will score with a field goal.” -Lieutenant Renee Bunting, Teller County Sheriff’s Office

“The Rams’ defense will over power the Bengals. I think they will contain the Joe Burrow the Bengals QB.” -Charlie Chambers, Former TMJ Staffer and Expert Mountain Guru and Golfer

“I think the Rams have more power and lead players that will overwhelm Cincinnati. I think they will sort of tough and grind it out to a win.” -Bob Campbell, Teller County Commissioner

“I think the Bengals will win in overtime by three. I think it is going to be a highly defensive game on both sides. The Bengals are hungry for the title, it showed in their overtime win against Kansas City at Arrowhead Stadium. It will definitely be a close game, that’s why I think it will go into overtime. The Bengals defense is going to bring it hard and get a huge turnover that allows them to score for the win.” -Melissa “Missy” Trenary, Cripple Creek City Council.

“I’ll go with LA because Matthew Stafford has done his time in hell… or Detroit. Not that LA is heaven, in fact it’s just a higher rung of hell. Deep down though I actually hope the Bengals win…” -Dennis Zerull, Host, This Week in the Bear Cave Podcast

“I’m pulling for the Bengals because I’m a lifelong Cornhuskers fan and Zac Taylor (Head Coach) played quarterback at Nebraska. It will be an entertaining matchup with a hot defense and a hot quarterback.” –Brian Gustafson, Woodland Park High School Basketball/Golf Coach

“Because, wouldn’t it be ironic to get those same scores for each team at the Super Bowl again?!” -Hilary LaBarre, Woodland Park Mayor

“I’m going to go with the Bengals because they beat the Chiefs. I got a feeling that anyone who can beat the Chiefs has a hell of a shot.” -Jason Mikesell, Teller County Sheriff

“Not as much of a prediction but as a hopeful wish. I hope the Bengals win although I am a Cowboys fan not a Bengals fan. Over the last 30 years the Rams have put it to my Cowboys so I hate them. I think it will come down to whoever came to play. The first team to make a mistake will probably lose. I think both teams equally have a chance to win, but I hope the Bengals will win by a field goal.” -Sprite Locklear, Owner, Miner Repairs Construction

“I am originally from the Los Angeles area. So, I guess I’ll stay true to my roots.” -Michael Lawson, Woodland Park City Manager

“I think it will be hard fought, but I think the home field advantage will allow the Rams to eek it out.” -Tommy Allen, 2022 Teller County Commissioner Candidate

“Because the Bengals are due to win!” -Kellie Case, Woodland Park Mayor Pro Tem

“Well, given that I went 0 for 6 with my predictions over the last two weeks of the playoffs, nobody should really take my picks seriously. And, if you use my predictions to bet, you are worse at sports betting than I am at picking game winners for trusting me. Nonetheless, I will attempt one more pick of the season and maybe I won’t get it wrong for once. Honestly, I would really like to see the Bengals win just because they are the underdogs in the game. I have been really impressed with their quarterback Joe Burrow and their rookie kicker Evan McPherson might just be my new favorite player in the league. I think that the Bengals are a stellar team that will make it a good game. However, in the end I think the Rams will come out on top. They just seem to have the better all-around team as they are absolutely stacked with star players on the offense and defense. Plus, the Broncos fan inside me wants to see former Bronco veteran linebacker Von Miller get another ring on his finger.” -Trevor Phipps, TMJ Sportswriter/Bail Bondsmen

“I think the Bengals will win because they are the underdogs.” -Lynn Phipps, Town Mom

“I hope I am wrong, as how can you not root for the Bengals?  Family is from Cinci and that town is a real sports nut zone, with virtually everyone there making pro-Bengal speeches. Great place to party. But  I  am playing the old trick by Colorado Springs Independent and Gazette Columnist Ralph Routon by making a pick and figure you will jinx the team with your choice, since you are never right.  Go Bengals and give it one more shot, Joe Burrow.”   -Rick Langenberg, TMJ Editor

“While the Rams have more experience as a team, the Bengals have that ‘never say die’ attitude. This has the makings of one of the better Super Bowls in the last decade.  Except of course, Super Bowl 50 when the Denver Broncos kicks the crap out of the Carolina Panthers.” -Bob Volpe, TMJ News

“Looking into the future and seeing that Joe Burrow will become the coach of the Dallas Cowboys in 2044, this will be h is first of 7 Super Bowl titles. While running for the winning touchdown, Burrow will juke the knees out from under Von Miller! Go Tigers…wait…Bengals! Go Joe!” -John Jones, TMJ News

“The Rams are getting old and they haven’t been able to run the ball. The Bengals have a good all-around team with a fire offense. They can run the ball and their young quarterback is looking great.” Bill Camp, Keller Williams Real Estate.

“This is a tough choice. I really like both teams.  I like Joe Burrow from his days at LSU and really like Von Miller (former Bronco, who now plays with the Rams.) I am going with the Bengals by 3.  No particular reason.”  -Sheryl Decker, Teller County Administrator

“The Bengals have got the momentum. They are the underdog, but they play well under pressure and in the playoffs.” Jon DeVaux, owner, Alpine Firearms

“Their defensive line will win the day. They are just too tough.” -Erik Stone, Teller County Commission Vice-chairman

“Rick (Langenberg) requested my Super Bowl predictions. One more chance to get it wrong. Not this time my friend. Looking back on Cincinnati’s run it must be considered a storybook season. Looking back at their past couple of years and most of the preseason ” experts” picking them to be in their divisions basement they made believers of us all. They  are a young team and have a bright future.

Can Joe Burrow avoid the rush and get the ball to Ja’Marr Chase. How many touches will Higgins and Boyd get. Joe likes to throw, but I think Joe Mixon need to help keep the Rams offense off the field.

On paper the Rams have the better team. Cooper Kupp is playing lights out and 0dell Beckham Jr. has found his old flare, and who can’t root for Matthew Stafford to finally get his chance at fame. He finally had a decent cream around him that can help him over the top. The Defense has some names like Donald, Floyd, Ramsey and Season and let’s not forget Von Miller who is finally looking like he did in Denver. ‘m expecting a great game and a good time at McGinty’s in Divide.” Philly Joe (Alias Joe Corrigan), Teller High Country celebrity.