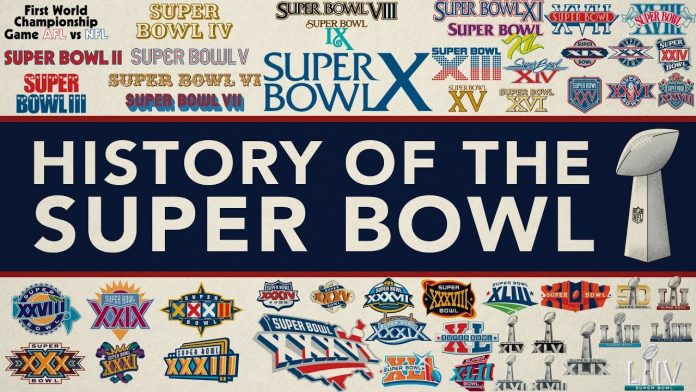 Now that every sports’ talking head and network is going to be spending the next week harping on the Super Bowl teams, expectations and picks, TMJ News wanted to look at how the Super Bowl began and  the interesting historic events that have developed over the years.

The first Super Bowl occurred between the Green Bay Packers and Kansas City Chiefs in 1967,  and the hype did not remotely approach what we see today. The game, which was held in the Los Angeles Coliseum, did not even sell out.

At that time there were two professional football leagues: the AFL (American Football League) and the NFL (National Football League). In 1966, after several years of competition, NFL Commissioner Pete Rozelle and Lamar Hunt, owner of the AFL’s Kansas City Chiefs, negotiated a merger agreement in which the two leagues would formally join together in 1970. In the meantime, the AFL and NFL champions would play each other at the end of the season and Hunt suggested calling the new game the “Super Bowl.” Though both he and Rozelle thought a better title could be found, sportswriters started using the moniker in advance of the inaugural game in January 1967 and it stuck.

The two quarterbacks who faced off in that first Super Bowl were Len Dawson of the Kansas City Chiefs and Bart Starr for the Green Bay Packers. Though the Vince Lombardi-era Packers routed the Chiefs 35-10 and ratified the notion of NFL superiority, the game drew 65 million television viewers, the largest ever for an American sporting event at the time.

The NFC’s domination of the AFC produced a series of Super Bowl routs in the 1980s, Madison Avenue swooped in to create a different kind of interest in the game. In 1984, Apple commissioned a Ridley Scott-directed commercial promoting their new Macintosh computer. The ad, based on George Orwell’s dystopian novel, 1984, showed a woman tossing a sledgehammer into a gigantic TV screen of Big Brother’s propaganda. Shown during Super Bowl XVIII, the commercial started a sensation and from that point forward, corporate America debuted their best ads during the game. After all, no better place to unveil them than before the biggest national television audience of the year.

There are many interesting facts about the Super Bowl.

Did you know Super Bowl Sunday is the second biggest eating day of the year? It is according to the US Department of Agriculture.

Here’s one for Bronco fans. Peyton Manning was the only starting quarterback to win a Super Bowl with two different teams: the Indianapolis Colts in 2007 and the Denver Broncos in 2016. That is until Tom Brady joined Manning wining with the New England Patriots and the Tampa Bay Buccaneers.

More Bronco trivia. John Elway was paid $75,000 to shout “I’m going to Disney World” on the field after his first Super Bowl win.

Then there was “Broadway” Joe Namath, who now annoys everyone with his Medicare commercials. Maryland sports fans must have really hated the Big Apple in 1969. On January 12 of that year, the New York Jets upset the heavily favored Baltimore Colts (like by nearly 20 points) in Super Bowl III.

And what about the Vince Lombardi trophy? A new one of which is handed out every year are made out of sterling silver by Tiffany & Co. It takes the famed jeweler four months to craft the trophy.

Did you know A few days before Super Bowl XX in 1986, Bears QB, Jim McMahon mooned a TV news helicopter that was flying over one of Chicago’s practice sessions?

One more for the Bronco fans. Thanks to the heroic efforts of John Elway, and Jeremiah Castille, the Cleveland Browns is the only current NFL city that has neither hosted a Super Bowl nor seen its own team, make an appearance in one. In 1988, the Browns were about to score the winning touchdown and go to the Super Bowl when Earnest Byner fumbled the ball on the Denver 3-yard line. The fumble was recovered by Bronco, Jeremiah Castille, who also was the one who stripped Byner of the ball, preserving the Bronco lead and sending them to the Super Bowl.

The year before, the Browns were leading the Broncos in the AFC Championship game, 20-13. Brown’s Quarterback, Bernie Kosar’s 48-yard TD pass to Brian Brennan for a lead with less than 6 minutes left appeared to put the Browns in the driver’s seat. That seat got even more comfortable when the Broncos started their next possession from their own 2-yard line with 5:32 left.

This is when Bronco Offensive Guard, Keith Bishop uttered those famous words in the huddle, “We got em right where we want em.” This is when the legacy of Elway really escalated. Elway, who suffered an ankle sprain the week before, guided the Broncos on a 15-play, 98-yard drive. The legendary drive included a third-and-18 play. Elway completed a 5-yard TD to Mark Jackson with 37 seconds left. The extra point tied the score and the Broncos would clinch the victory in OT on Rich Karliss’ 33-yard field goal.

Enjoy this year’s Super Bowl and save me some wings.