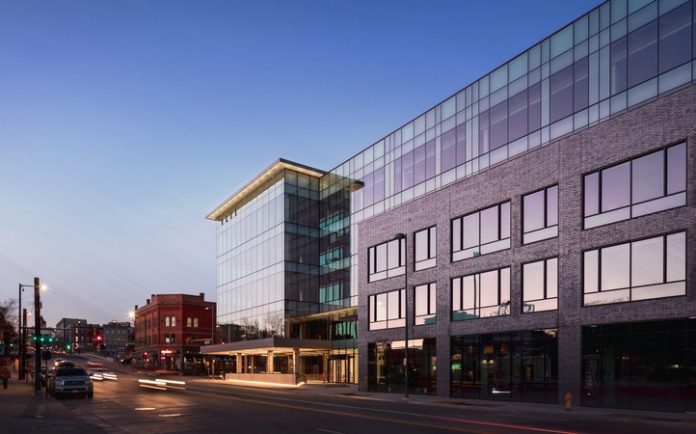 A more formal vote was scheduled for early this week by the town’s Historic Preservation Commission for a certificate of appropriateness designation for a project of special merit, sending the issue to the city council for final approval.

But unless any last-minute hurdles develop, town leaders appear to be rolling out the welcome mat for the latest lodging project to enter the lineup. No major opposition has been voiced against the new hotel development, which could break down in the spring/summer of 2022. It would be located behind the Brass Ass casino between Myers and Bennett avenues, and feature a pedestrian plaza and arrival courtyard.

At a work session on Thursday evening, representatives of the Triple Crown Casinos received a warm response by the preservation commission and city staff members regarding their bid for a four-star 106-room boutique hotel, which also will include a general store, a rooftop restaurant, an event/civic area and additional retail space.

Larry Hill, the chief executive officer of Triple Crown Casinos, touted the project as a potential boom for their business and the town. “To grow our business, we need to increase the number of hotel beds,” said Hill, when addressing the preservation commission. He believes the addition of  more rooms, a trend that is occurring with projects by the major casino players in town, would further Cripple Creek’s goal of becoming more of a destination area, with gaming customers and visitors spending several days in the region, and taking part in gambling, tourist and outdoor activities.

Similar sentiments were voiced by the main architect for the project, Gary Koerner of the Texas-based, Three company. “It is about grit and grace,” said Koerner, in describing their project that combined the historic elements, such as the addition of an old-fashion general store and key retail.  He described the design as “fitting in with what Cripple Creek has been about…This should be a living room for Cripple Creek.”

At the same time, Koerner said the new hotel would cater to “the next generation of gamblers.”

One unique element of the new Midnight Rose Hotel is an attempt to revitalize Myers Avenue, along with nearby alleyways and part of Third Street.

This idea got much support from Commissioner Jeff Regester, who described Myers as a key historic, bustling area in the  past that has remained idle for years. “It’s time we get Myers back,” said Regester.

This point was stressed during a staff report, made by City Planner Ryan Helle. He described the project as a “catalyst for development on Myers.”

Caitlin Quander, an attorney for Brownstein Hatt Farber Schreck, which is representing Triple Crown for this project, estimated that the new hotel would generate 100 new jobs.  In addition, she noted that no major historic structures would get removed.

In order for the Midnight Rose Hotel project to move forward, the development must obtain a height variance and a partial road vacation.  Both of these steps must be granted by the city council

At last week’s forum, Preservation Commission Chairman Reed Grainger attempted to keep the discussion focused on their main area of review: the design and architecture and how it fits in with the historic character of Cripple Creek. “This is kind of  like a beauty pageant,” quipped Grainger. “We need to stay focused.”

More specifically, he didn’t want the discussion to veer off into subjects dealing with community impacts or project economics.

No major opposition surfaced at last week’s discussion on the new hotel. But a few residents raised some issues. Local artist and property owner Sofia Balas, (who was appointed last week as an alternate member to the commission) expressed concerns about the height of the project and the prospects of the new hotel ruining the  stellar views residents had of the surrounding mountainside and sweeping vista, visible in this part of town.  She believes more residents/property owners are concerned about the loss of these views than preservation officials realize.

David Minter, the owner of the Colorado Grande and Johnny Nolon’s casinos, meanwhile, just commented on the importance of Third Street, where a partial road vacation will occur, based on proposed plans. He just wanted to make sure that enough parking spaces are maintained, and sought to discuss these details with the project proponents more.  A meeting was tentatively scheduled Monday between Minter and the hotel project representatives.

As for the potential loss of the viewshed for some residents, Regester stressed the importance of attracting more visitors to Cripple Creek. “More people would help Cripple Creek in general. It (the new project) shares this beauty.”

For the most part, the commission members didn’t pose any significant questions. Regester asked about the fate of a previous hotel design, calling for a skyway walkway across Bennett Avenue.

Hill cited cost concerns for this former project, proposed at the beginning of 2019.  He stated that their new proposed hotel is much more functional and fits in better with the character of Cripple Creek.

The new hotel expansion plans will soon be decided by the Cripple Creek City Council.