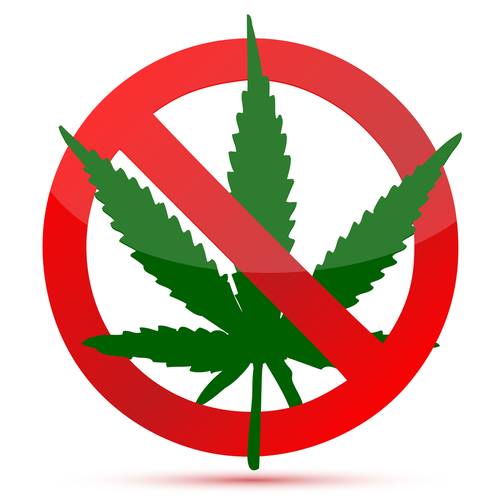 Three is just too many, when it comes to retail marijuana shops for a small town.

That was the overwhelming sentiment of local voters in Manitou Springs in a special election last week, with citizens heavily rejecting a proposed initiative by more than a two to one margin. Manitou has currently capped its itinerary of  marijuana shops at two, with the current outlets both dealing with medical and retail marijuana.

The new proposal also would have increased the local retail marijuana-zoned boundaries.

The preliminary tally was 1,302 against the pro-third-marijuana shop proposal and 424 for the plan.

It is still not clear if this vote outcome will have any impact on the city of Cripple Creek.  Some casino operators have pushed for the city to consider alternative revenue sources, like retail marijuana, to reduce its reliance on the gaming industry for tax revenue. Currently, the city is hurting financially due to a big decline in betting device revenue, a trend partially attributed to the pandemic, as casinos operate with fewer employees.

Last week’s vote, though, may also represent a slight decline in the enthusiasm over this industry in the region, according to some insiders. Manitou Springs is the only community in the Pikes Peak region that allows retail marijuana on a limited basis.

But at the same time, it could open the door more for communities, such as Cripple Creek, to consider retail marijuana.

But city officials have maintained that the two dual shops, coupled with the current restrictions, is all Manitou Springs can handle. The city council rejected a proposal to increase the retail shop cap to four outlets in 2019.

City officials in Cripple Creek say the issue of legalizing retail marijuana still has a long way to go, and will involve detailed discussions.  Ultimately, if the council wants to explore this option,  a local vote would probably have to occur, according to Interim City Administrator Ray White. In a best-case scenario, Cripple Creek wouldn’t see any retail marijuana shops for several years, according to current estimates.

Elected leaders and officials have greeted the idea with mixed reviews. Casino  operators and  other business leaders have supported taking a look at this possibility, citing the advantage of adding a new younger demographic to the community. On the other hand, officials are worried about the community impacts of retail marijuana.

Manitou Springs is the community that leaders from other small cities in the Pikes Peak region are often reviewing, when it comes to retail marijuana.

The Cripple Creek Historic Preservation Commission has added two new members, as the board deals with a more active agenda due to much more development activity in the gaming community. Plus, the commission was delivered a key resignation, with the loss of veteran member Steven Veatch, who is moving from Cripple Creek.

Veatch was lauded last week for his role as “ a great historian.”

But with little time to spare, the commission acted on two recent letter of interest submissions from Sofia Balas, a local artist and 10-year resident; and from John R. Gatlin, a former member of the Utility Advisory Board for Woodland Park and other committees in Louisville and Broomfield.

Following  a brief discussion, the commission opted to pick Gatlin for the regular commissioner spot and have Balas serve as an alternate member. Gatlin was chosen mainly due to his background in architecture.

The commission last week also informally approved a projected sign for The District Kitchen and Saloon project.  The commission signaled the thumbs-up for plans submitted by the applicant, Jeff Hellner, at a work session.  A more formal vote will occur at a later date.

This project, located at the site of the former 9491 retail shop on Bennett Avenue, is part of a slew of nongaming businesses opening in Cripple Creek. The new saloon is expected to open later this year.

In other development action, the commission gave the staff the go-ahead to work with James Kroll of Serenity Home Creations for revitalizing an old historic structure at 219 West Bennett Avenue.