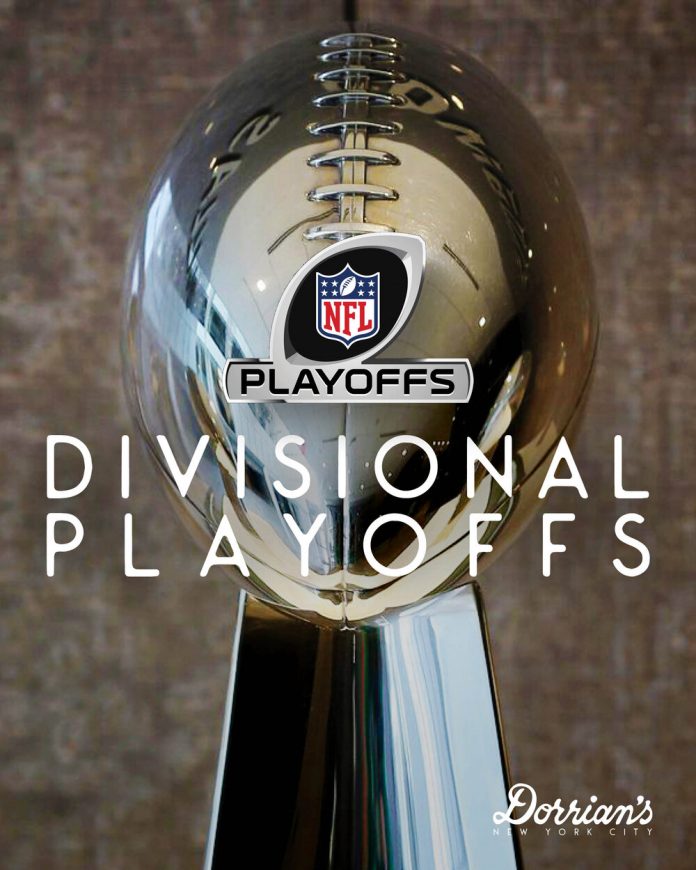 The Division showdowns will occur this weekend, as the field is now reduced to eight teams. Following that, we have the NFC and AFC championship showdowns, and then the Super Bowl.

The main big Wild Card surprise came when the Dallas Cowboys lost to the San Francisco 49ers. All of the other favorites won there wild Card match ups.

So where do we go from here?

The AFC picture is now set in stone. The Kansas City Chiefs smothered the Pittsburgh Steelers Sunday night, so the Buffalo Bills travel to Kansas City to face the Chiefs. The Bills beat the New England Patriots, 47-17 to advance to the next round last Saturday.

The Cincinnati Bengals beat the Las Vegas Raiders, 26-19 on Saturday so they travel to Tennessee to battle the Titans. The Titans were top seed in the AFC so they had a week of rest with a bye during Wild Card weekend.

What we learned from the AFC wild-card games.

The Bills dominated the Patriots in their game. Bills’ Quarterback, Josh Allen was spectacular, finishing with a passing line of 21-of-25 for 308 yards, five touchdowns and a nearly perfect 157.6 passer rating. It continued with Buffalo’s defense, which forced two turnovers via Mac Jones interceptions. A total team victory is an understatement, and the rest of the league is undoubtedly now on notice.

The Patriots were completely out-matched in Buffalo, where the temp on the field was a bone chilling 10 degrees. It didn’t seem to bother the Bills, but the Patriots left with a cold, cold, heart and frozen hopes.

The Bengals/Raiders game was another story. Bengals’ Quarterback, Joe Burrow is becoming a legend.

Burrow completed 24 of 34 passes for 244 yards, two touchdowns and a110.4 passer rating, teaming with favorite target Ja’Marr Chase for nine completions and 116 yards.

Burrow had his own signature moment for the historic night for the Bengals, channeling his inner Joe Montana to throw a touchdown pass to Tyler Boyd while fading out of bounds.

The Raiders made a last ditch effort to try and tie the game with seconds left but fell short. Raider Quarterback, Derek Carr was under a lot of pressure early in the game and predictably fumbled, but the Raiders held up well enough to minimize the damage, limiting Cincinnati to a field goal. That was the case on a few occasions, with the Raiders playing bend-but-don’t-break defense to keep the game within arm’s reach. And as they’d done on multiple occasions in their run to super wild card weekend, the Raiders mounted one last comeback effort but couldn’t come through, with Carr throwing a game-sealing interception.

In the NFC, the Dallas Cowboys fell flat against the San Francisco 49ers and the Philadelphia Eagles were no match for the Tampa Bay Buccaneers.

The Cowboys made a run in the closing seconds in a brave attempt at a comeback but flat out ran out of time, losing 23-17. Cowboys were down by 9-points at the half but held the 49ers to one touchdown in the third quarter while scoring 10-points of their own. Dallas was jockeying into scoring range, but the clock ran out before they could make one more play. A touchdown and an extra point and they would have won the game.

The Bucs/Eagles game wasn’t even worth watching. Buccaneer Quarterback, Tom Brady carved up the Eagles like they were a Thanksgiving Day turkey. The final in that one was 31-15 and wasn’t even that close.

Next week, The Bucs will play the winner of Monday night’s game and the 49ers will travel to Green Bay to play the Packers.

TMJ NFC prediction: The Bucs will likely beat either the Rams or the Cardinals (at the time of this writing, the outcome of the Monday night game wasn’t available).  The 49ers will lose to Green Bay setting up the NFC Championship game between the Bucs and the Packers.