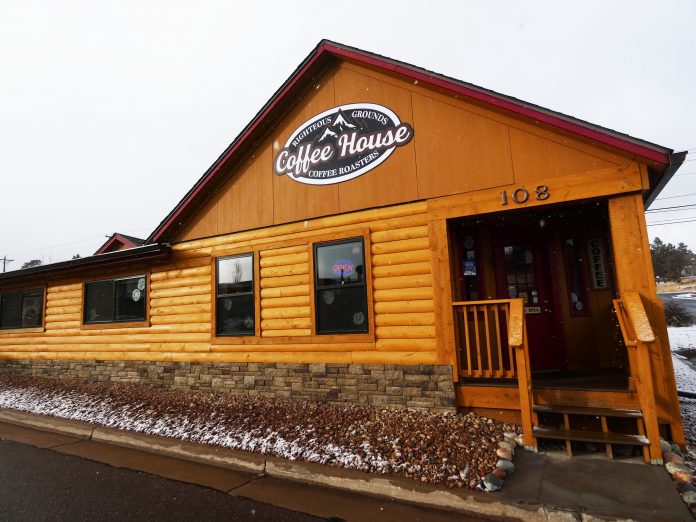 Over the last year, the Ute Pass region has experienced a surprising surge of new businesses.

One of the most popular kinds of new enterprises in the Teller high country appears to be coffee shops.

In the past two years, Woodland Park alone has gained a few new coffee shops. However, out of all of the new places to get a cup of Joe, there is only one official coffee roaster in town.

Righteous Grounds Coffee Roasters not only serves coffee, but they roast their own beans in house. People can choose to enjoy a cup of their roasted coffee in the shop, or they have the option of buying a bag of their coffee to take home.

According to shop owners Jessica and Jim Huthmaker, the family is not new to the coffee roasting business. Jim Huthmaker had a love for coffee so he started roasting his own in his backyard about 12 years ago.

He then decided to shut down his other business and turn to coffee roasting full time. He ran a roasting business in South Carolina before his family decided to relocate to Colorado. The family first moved to Colorado Springs and ran a business there until they decided to buy a building in Woodland Park about two years ago. 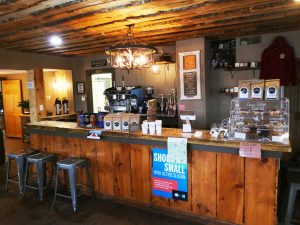 The Huthmakers then found a historic building that was built in the 1920s and started renovating it. While they were remodeling their new shop, the COVID-19 pandemic struck preventing them from opening as soon as they would have liked.

Due to the shutdowns, they decided to take their time with the building remodels. They have had their roasting operation up and running for a little longer, but they only opened up their full-fledged coffee shop about six months ago.

Touring the Roots of Great Coffee

Huthmaker said that at one point he went to Guatemala to learn more about commercial coffee roasting. And now, he purchases most of his coffee from this country. 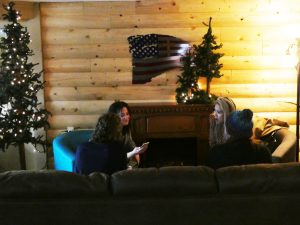 “We offer coffee from farm to cup,” Huthmaker said. “There is a big process that occurs before you get a cup of coffee. The coffee is still all hand-picked by Guatemalans, South Americans and Central Americans in the same way they have been doing it for a very long time.”

At Righteous Grounds, coffee drinkers can have their choice of a few different kinds of roasts. According to Huthmaker, their Great Divide French roast is “a true French Roast that is not too dark and really smooth.” 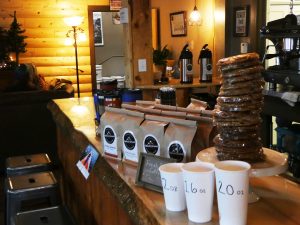 The Smokejumper Dark Roast is another smooth option for drinkers. One of the Huthmakers’ favorites is the Mocha Java which claims to be the “World’s most ancient blend,” as it is the oldest known blend of coffee with Ethiopian and Indonesian grounds.

The first coffee Huthmaker started roasting was the Guatemalan Huehuetenango, which is a medium roast with the recipe coming straight from Guatemala. For the holidays, the shop offered their Ethiopian Yirgacheffe that is fruity and almost like a Brazilian coffee. 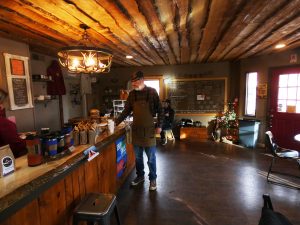 Another perk to the new coffee shop is the fact that they have one of the area’s only manual coffee machines that requires more than just a push of a button to brew a cup. “With manual machines you can do shots and shots and a half instead of just pushing a button and it’s done,” Huthmaker said. “They use these manual machines a lot in Central and South America, but you don’t see them so much around here anymore. It adds more craft to coffee making as opposed to just pressing a button.”

Along with being able to choose from their roasted coffees, customers can also enjoy a latte or other flavored beverage. They also have food items like cookies and muffins available for sale.