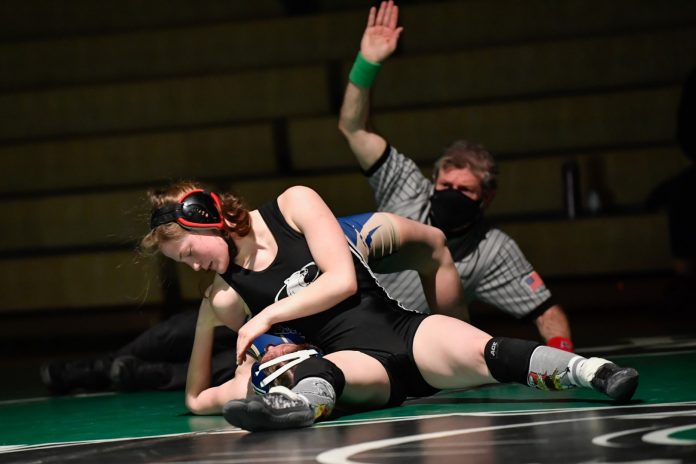 The Woodland Park High School wrestling team wins hands-down as probably the most exciting sports team to follow in the Teller high country in the wintertime.

And for the 2022 season, this winning trend isn’t going to change.

So far this season, the team has displayed much strength, with many grapplers having a shot at competing at the state level. Senior wrestler Brady Hankin is looking to win his fourth consecutive state championship crown.  And the way he has looked this year, Hankin has a great chance of achieving this goal. 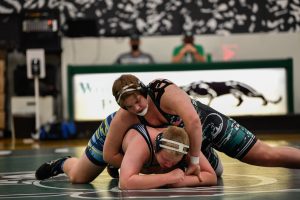 Currently, the boys are about halfway through their season, and they have experienced great success all across the board. There are four more matches before the regional tournament, so the boys have a chance to improve their records and rankings.

According to the team’s coach Casey Hankin, the team has already done great things this year. He is very optimistic about what the future holds. “It’s going really good, we’ve got some guys that are looking better than they ever have before,” the head wrestling coach said. “And I’m really hopeful for regionals and state with these guys. At the last tournament, we had three champions, a runner-up, and a third place, which is better than we often do at tournaments.” 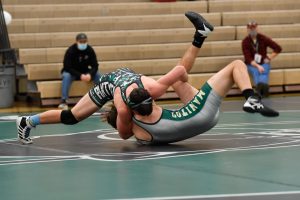 Daniel Summerill took second at the 220 lbs. contest and then Logan Keith took third at 145 lbs. And, the team took third in the tournament overall.  That is quite a team achievement, as they haven’t placed in any tournaments for the last two years. 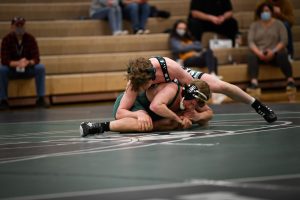 Casey Hankin said that this season the coaching staff has given the WP wrestlers high expectations. He also said that the wrestlers seem aware about what is expected of them, and they work hard as a team to achieve that goal. He thinks that the team has good focus and that they are all dedicated to helping each other do well at the state and regional tournaments.

He said that the big challenge they face this year is the fact they have a very young team. This season there are more freshmen on the mats than any other grade level. 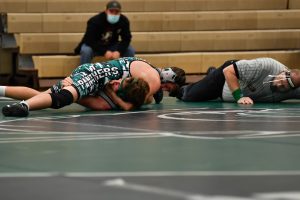 As a result, Casey Hankin said he has focused on training the new wrestlers better and teaching them grappling fundamentals. The coach stated that he has seen the younger wrestlers improve. More specifically, one of the freshman team members earned a fifth-place finish, and another placed sixth, during the last tournament.

As far as Brady Hankin’s chances of being a four time champion this year, the team’s head coach (and Brady’s father) said that he has a good chance of achieving this goal.  So far, Hankin has a 16-1 record.  He lost one close match at a tournament earlier in the season. 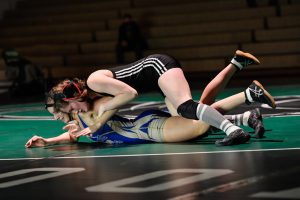 However, the coach said that Hankin knows what he needs to do to win if he faces the same opponent again. He has also used his one loss this season to focus on remaining on the winner’s board for the rest of the year.

Overall, the coach said that senior wrestler Adam Garner has impressed him the most this year. “He is making some real improvements and some real moves towards the podium at state,” Coach Hankin said. “And, Adam is currently ranked number four in the state.”