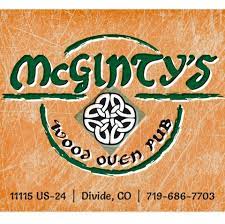 The Wild and Wacky NFL Playoff season is now underway  There is nothing quite like the pro football post-season games, leading to the big Super Bowl Party in mid-February.

The time for idle claims and fake promises has ended.

Yes, another post-season without the Denver Broncos (what’s new), but plenty of options and surprises are expected to unfold. Just  hold onto your seat.

If history repeats itself, usually the initial weekends of playoff action are the best. Hope you didn’t lose too much money during the  Wild Card games last weekend and even on Monday night. And if you did, don’t blame it on us .

For the coming weekend, we are down to the Divisional showdown with eight teams remaining in the hunt for the grand prize, the Super Bowl Championship ring, determined on Feb. 13 in Inglewood, California.

For a full range of NFL and NHL viewing options, including the playoffs,  check out McGinty’s Wood Oven Pub, in Divide, the Center of the Known Universe. McGinty’s showcases all NFL games  Plenty of drink and food specials abound, and you can’t beat the atmosphere.

And due to popular demand, we now feature the predictions of the infamous “Philly Joe,” one of the High Country’s more charismatic characters, and a staunch Philadelphia Eagles fan. (Everyone has their weaknesses.) Philly Joe takes a look at the entire NFL game spectrum, and offers some entertaining commentary. With the playoffs in full stride, we will see what Joe comes up with. Disagree with Joe on any of his picks, or opinions, you can probably discuss your views with him at McGinty’s. Local celebrity and TMJ writer and jail bondsman Trevor Phipps will also offer his take  on the playoff scenario.

These picks can  be viewed every week by visiting www.mountainjackpot.com and our Facebook page.

For a more official look at the playoffs, check out the forthcoming playoff preview column by Bob Volpe, who is still hurting from the collapse of the Broncos.