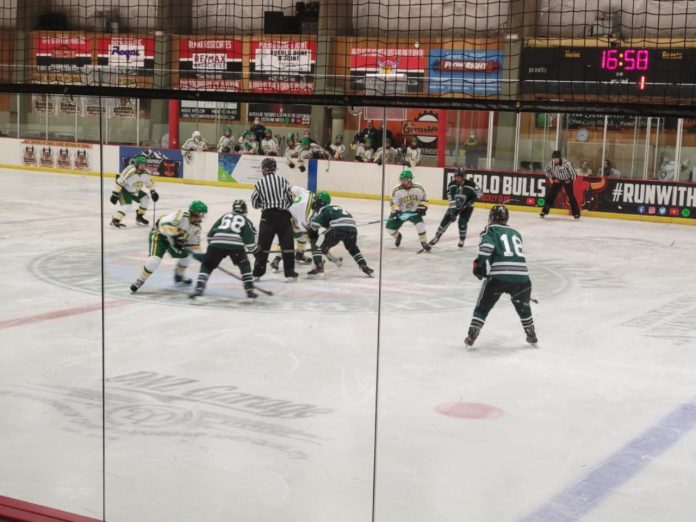 Panthers Have a Chance at State Championships

As the saying goes, “the third time’s a charm.” However, when it comes to the Woodland Park High School Hockey team, saying “the fifth time’s a charm” may be more suiting.

So far during their fifth season of play, the Ice Panthers are having their best year yet. Before the New Year struck, the team had a 3-1-1 overall record and a 2-0 league record. At the time this article was written, the Panthers were sitting in first place in their 4A league.

This season marked the fifth year that Woodland Park High School has had a hockey team. For the first few years, the program was in the early stages, and they found that they were just not up to par when competing against schools with more established hockey organizations.

However, as time moved on, the Panthers have proven that they are definite contenders when it comes to prep hockey. Last year, the team had their most successful season to date.

In fact, the team should have advanced to the postseason, and had a shot at the state championship in 2021 since they took the top spot in their league for the first time ever. But the team did not advance due to pandemic-related changes that were made for last year’s season. 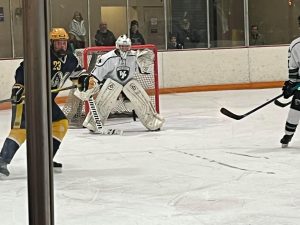 Therefore, 2022 seems to be the Panthers’ year. According to the team’s head coach Travis Seabolt, the rules for qualifying in the postseason have gone back to normal for the ’21-’22 season. So, if the Panthers win their league like they did last season, they are guaranteed postseason action that could end up with them competing in the state championship tourney.

The Panthers started their season with a 4-2 win against Liberty and then they racked up a 5-5 tie versus Rampart. The team’s only loss this year came during their third game when they were beat by Dakota Ridge 12-2. Then after that, they won two in a row against Palmer and Pueblo County. 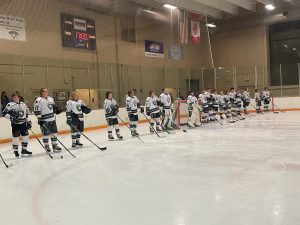 According to the coach, the biggest match-ups coming up for the team will be the two contests played against Cheyenne Mountain. He also said that all of their league games coming up are must-win matches.

The coach said that the team’s success this year can mostly be attributed to younger players that have really stepped up this season. “It’s a team effort this year, and as a coach, it’s really refreshing,” Seabolt said. “I have got good contributions from all over the map with these kids, from my seniors to juniors to sophomores to freshmen.” 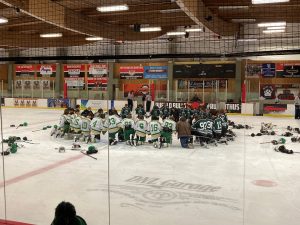 He said that this season the team has just too many star players to name. He mentioned several sophomores and juniors that are exhibiting stellar skills on the ice.

He also said that his two senior captains have really helped hold the team together. Senior skippers Chase Mason and Tyler Thime have pleased their coach this year by being strong leaders. The coach also praised the efforts of his two goalies on the roster. 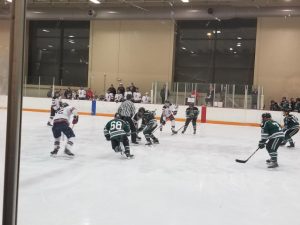 Even though the coach likes what he has seen so far, he said that the hockey stars could still work on gelling better as a team. Due to the recent abnormally warm weather, Seabolt said that the team has not gotten as much time on their local practice rink at Woodland Park’s Meadow Wood Sports Complex as they have had in years past. He said that he thinks more time on the ice will help the team work better together.

This Saturday, the Panthers have a big non-league game against Doherty, which is a top-notch 5A league team. Next week, WP plays against Pueblo County, Resurrection Christian, and their first big match against Cheyenne Mountain on Jan.22.