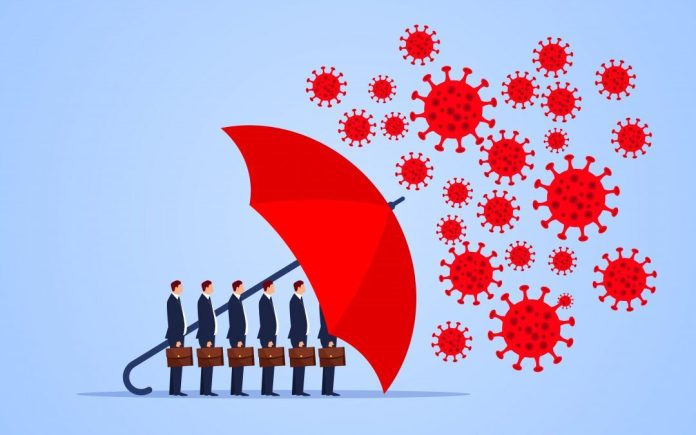 Although the numbers haven’t been finalized for the New Year celebrations, Teller County appears to have survived the late December COVID surge much better than other locales across the nation and state.

At least for now, the county is hanging tough against the Omicron variant, but that scenario could change instantly.

According to the county’s latest findings on its website, just prior to the newspaper’s deadline,  Teller has recorded  3,518 COVID cases and 50 deaths since the pandemic began. It also reported 50  new cases since Dec. 21.

And in the most recent week of  recorded COVID activity on a per capita basis,  the county was averaging 104 cases per 100,000 people. This is down considerably from recent numbers that had Teller flashing red danger signals. Its COVID hospitalization numbers also showed signs of improvement.

October and November ranked as the deadliest months for COVID for Teller.  Plus, early December didn’t start out much better.

For much of this period, the county was considered a red zone, which is based on the color designation dials the state previously initiated. Under the previous rules, red zone areas would have to come up with an action response plan, or face shutdowns of some businesses.

However, officials in mid-December reported a decrease in this spike in most categories. For the first time, public COVID reports didn’t resemble a “doom and gloom” session. “Things are headed in the right direction,” said County Administrator Sheryl Decker, during the final commissioners meeting of 2021 in mid-December.

But the final figures from New Year’s Day activities have not been reported. And if Teller follows any trends of the state, it could become another tide of bad news. Teller’s figures often mesh with state trends.

More details will be unveiled this week, as the next official report is released.

Across Colorado, the area was getting hit with a record number of new cases due to Omicron.  On Dec. 29, the state reported 6,949 positive tests, which surpassed the record set in Nov. 2020.

According to the governor, the state suffered from a lack of rapid tests and monoclonal antibodies.

The  main culprit in Colorado is the Omicron variant, with more than 90 percent of new inflictions being attributed to this spread.

A real problem area has been ski resort communities, where the positivity rate among those tested has been exceptionally high.  Test sites in many parts of the state have been  jammed pack, with several hour wait times.

In Teller County, the elected leaders and health officials are taking the same stance they have advocated for months. They are urging those who want to get vaccinated and obtain the extra booster shot to do so by making an appointment, via the county’s public health office or by accessing the county’s COVID web site. They cite statistics that demonstrate the effectiveness of the shots in protecting individuals from getting sick or dying, especially those who are vulnerable.  But they have fallen way short of imposing any mandates, describing this issue as one of personal choice.

“The Teller County Board of County Commissioners remains concerned about the ongoing physical, mental and economic health of our community,” stated the commissioners, who also serve as the Board of Health, in a press release last week. “The board recommends that all members of our community who want to be vaccinated get vaccinated and/or boosted as soon as possible. Please go to www.tellercovid.com for more information or to schedule your vaccination appointment. We continue to encourage all residents and businesses to take personal responsibility for helping to fight the spread of COVID-19 in Teller County by staying home when you are ill and avoiding large public gatherings.”

Under new CDC (Centers for Disease Controls and Prevention), the isolation period for those infected has been reduced to five days

“The CDC now recommends that the general population who test positive for COVID-19 can isolate for only five days, followed with wearing a well-fitting mask when around others and in public spaces for an additional five days as long as they have no symptoms,” stated the commissioners. “The CDC also recommends that anyone who has been exposed to COVID-19 quarantine for five days followed by wearing a well-fitting mask for an additional five days.

Last week, the county’s Department of Public Health and Environment announced plans to fully follow the new guidelines, referred to as  “Isolation and Quarantine Guidance.”

For more details, see the full release in the letter to editor/opinions section of this week’s TMJ.