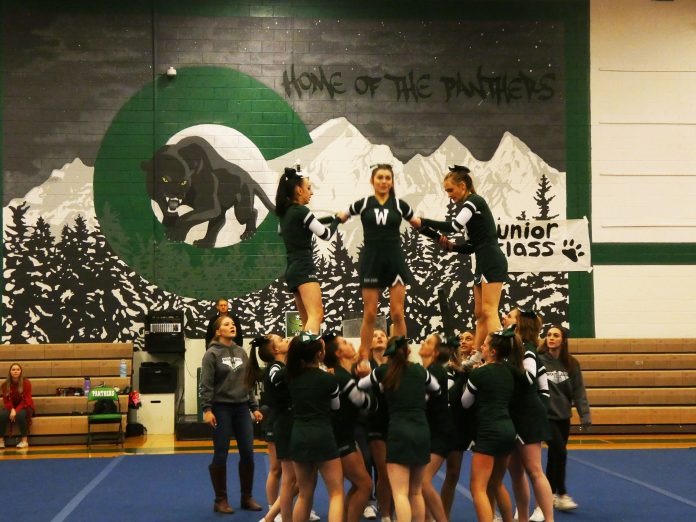 Local budding football, soccer and baseball sports stars may just have to take a seat and bow their heads to the ladies, who have found themselves in their own championship league. Nothing personal, guys.

As 2021 reaches a conclusion, the Woodland Park High School Cheerleading team has proved to be the area’s most successful prep sports team. No question about it. 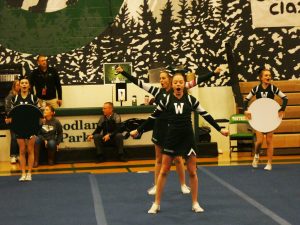 The ladies achieved great success in 2021 as they were able to take home the first place trophy in their league for the first time and win second in state. And that may just be the beginning of their cheerleading journey.

During football games last fall, the cheerleaders wowed fans with their complex routines. During the games, the ladies not only cheered on their football playing peers, but they entertained with routines full of flips, throws, and complex gymnastic stunts.

However, it was during competitions where the cheerleaders really shined. After winning their league, the ladies earned a spot in the state championship tournament that took place earlier this month at the Broadmoor World Arena in Colorado Springs. 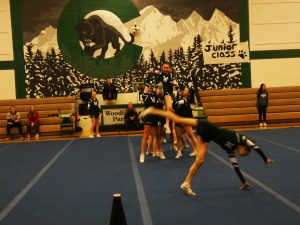 The ladies did well enough in the first round to earn themselves a spot in the finals to determine who would stand on the podium in the first, second, and third place spots statewide. During the finals, the ladies performed well enough to earn second place across the state.

And, since the cheerleaders won their league, they qualified to compete in the national championships, which will take place in February in Orlando, Florida.  Since competing at nationals would require them to travel out of state, they needed the school board approval to compete at the national level. 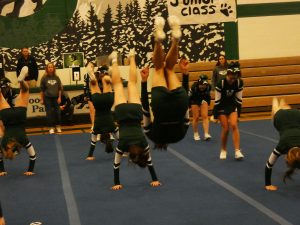 Last week, the high school held an assembly to congratulate the cheerleaders. The girls performed the routine they competed with at the state tournament. After their performance, High School Principal Kevin Burr surprised them and told the team that the school board approved their travel plans.  More importantly, they came up with some funds to help the girls compete at the national competition at Disney World. 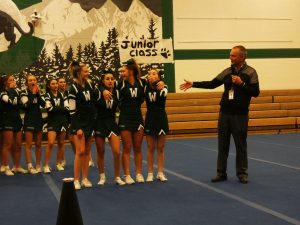 According to the team’s coach Shania Lampton, one key to the girls’ success this year was their coaching staff that consisted of Lampton and two assistant coaches, one of which is a WPHS alumni. “We have a professional staff for the first time in a long time,” Lampton said. “And it’s just been a rebuilding year especially with COVID. We have been working on creating that team concept because it has been all about kind of segregating for the last couple of years. Now we are able to bring it together and just focus on being a team versus an individual. And I think that has helped a lot.” 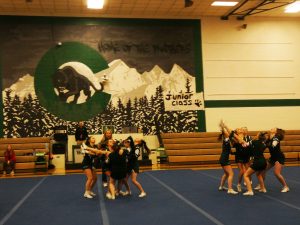 According to the team’s captain Lauren Chism, the coaching staff had a lot to do with the team’s success this season. She also said that the team was motivated to get where they are, and they pushed hard to do it.

As a veteran cheerleader who graduated a semester early this year, she had some advice to give to the school’s future cheerleaders. “You have to have the motivation within yourself to be able to push to where you want to be,” Chism said. “Because I know I faltered quite a bit during this year because it has been really hard. But I just kept pushing and telling myself, ‘I know we can do this.’ If you keep telling yourself what you want to do, I think it really gets you there.” 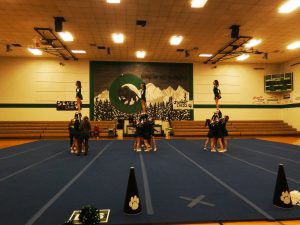 In 2019, the cheerleading team won fourth place statewide and last year they took third. The team hopes to keep improving from second place in 2022 and take the state title.

Overall, Chism said that the girls were thrilled to boast of the successful sports program at the high school this season. “It’s pretty amazing especially since we don’t get a lot of credit as a sport,” the cheerleading team captain stated. “Being one of the best ones in the entire school is pretty rewarding. And it’s a nice feeling to know that we worked really hard to get to where we are.” 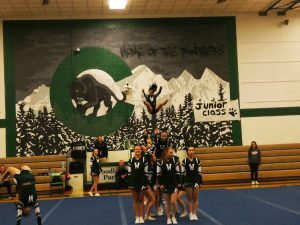 The girls’ latest efforts will be to raise more than $10,000 to go to the national tournament.

Stay tuned for continual updates of these cheerleader fund-raising efforts in TMJ News and on www.mountainjackpot.com and on our Facebook page.