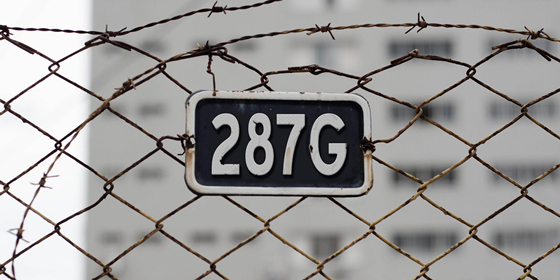 Teller County Sheriff Jason Mikesell initially won what many observers viewed as a knock-out victory in court when District Judge Scott Sells dismissed a lawsuit brought against him by six taxpayers and the American Civil Liberties Union (ACLU).

However, the showdown between both sides over an issue concerning using certain law officers as federal immigration enforcement agents at the jail doesn’t appear headed to a conclusion anytime soon.

After yet another court decision, the lawsuit has apparently returned to the legal arena.

The lawsuit came about after the sheriff entered into an agreement with the Immigration and Customs Enforcement (ICE) agency that gave deputies the ability to issue ICE detainers to hold an inmate for up to 48 hours, so that ICE could take them into custody.  It was technically referred to as a 287g agreement, and the Teller Sheriff’s Department was the only county agency in Colorado to pursue this arrangement. It also opened the door for certain officers to be trained in the area of immigration enforcement at the jail.

The six taxpayers argued that the agreement went against Colorado state law, and that it was unlawful to use taxpayer funds for the 287g agreement. After the case was dismissed by the district court, this decision was appealed and brought to a panel of three judges

The district judge originally agreed with Mikesell’s argument saying that since the jail funds itself through its own enterprise fund, no taxpayer dollars were being spent on the program. However, on December 16, the three appellate court judges disagreed with Sells’ decision to dismiss the lawsuit.

The judges made the decision to return the suit back to district court, saying that taxpayer dollars were indeed being used to fund the program. “Aside from the Jail’s corporate form, there is no difference in how — and why — the Jail and the Sheriff are funded,” Judge Terry Fox wrote in the Dec. 16 opinion. “Because the Jail uses Plaintiffs’ tax dollars, and since those funds are being used in an allegedly unconstitutional manner, we conclude that Plaintiffs have demonstrated a clear nexus sufficient to confer taxpayer standing.”

The judges’ ruling will bring the lawsuit back to the district court for a final decision. However, the sheriff could make the decision to appeal the appellate court’s ruling and send the case to the Colorado Supreme Court.

Mikesell has yet to comment on the recent ruling.  Last week, he told TMJ News he needs more time to discuss his next moves with his legal team. The fight between Mikesell and the ACLU over this issue has been ongoing for some time.