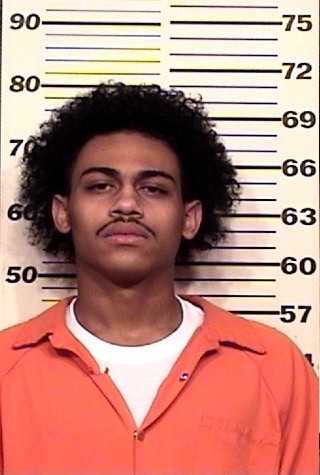 Residents in Woodland Park got a real shock recently when they received an alert on their phones, saying there was police activity at the Intersection of Hwys. 24 and 67, in the middle of town.

The alert asked residents to avoid the area, if possible, on the busy Friday afternoon. However, many motorists still got stuck in the traffic, and many reported seeing a van with possible bullet holes in it on social media.  Traffic came to a standstill, with some motorists seeking to check out the crime scene from their vehicles.

As it turns out, the alert came after the Woodland Park Police Department received a call from the Teller County Sheriff’s Office asking the department to assist in a vehicle chase. Police were able to stop the vehicle at the intersection, using a spike strip, and then they eventually apprehended the suspect after a foot chase.

According to a report sent out by the Fountain Police Department, the incident started when the Park County Sheriff’s Office received a call about a possible domestic violence taking place near the border of Teller and Park counties.

As the deputies contacted the vehicle, it took off and led the law enforcement agents on a chase.

As the situation unfolded, the authorities discovered the suspect was also involved in a possible armed robbery in the area. Once the chase entered Teller County, the Colorado State Patrol and the Teller Sheriff’s Office assumed control, following the suspect until they were able to stop the vehicle in Woodland Park.

After the short foot chase, officers arrested Xavier Doucette and charged him with four felonies including: Menacing, False Imprisonment, Vehicular Eluding and Possession of a Weapon by a Previous Offender. He was also charged with Child Abuse, Domestic Violence and related offenses and at least nine other traffic related citations. He was then transported to the Park County Jail.

Doucette was sentenced for a total of 13.5 years in 2017 for four felony charges, but he was released on parole in 2019. Shortly after his release, he was arrested again for a parole violation and sentenced to three more years in prison.