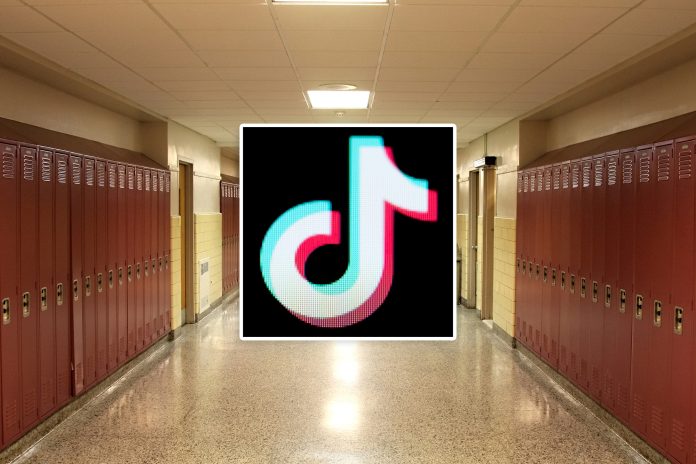 Families across the country were horrified last week when a scary social media video went viral and gained popularity.

The video was posted on the “Tik Tok” social media platform and according to law enforcement officials across the nation, the post encouraged kids to commit school shootings.

In fact, the threat got so real locally, that several schools in the area were shuttered last week. Thursday evening, Woodland Park RE-2 School District Superintendent Dr. Mathew Neal made the decision to close all of the local schools down last Friday.

Although the origins of the video remain unknown, it was recently brought to the attention of school districts and law enforcement agencies across the nation. The original video named December 17 as a day to commit school shootings.

The original post went viral and then the thread turned into more than just a day for school shootings. Other related posts called upon students to bring weapons to school that day whether it be a gun knife, or even a bomb.

The post was part of a recent trend that has been coined nationally as a “Tik Tok Challenge.” These “challenges“ are calls to some sort of action and to record the act on a “Tik Tok” video.

Some of these popular challenges have been innocent like filming gummy bears while a certain song plays. However, other challenges have called on people to do dangerous things such as dance in the middle of a road.

Schools haven’t been new to these challenges as last year videos circulated calling on students to vandalize their school bathrooms. But, until last week, none of them presented major security threats that forced school districts and law enforcement agencies to take action.

According to Woodland Park’s Interim Deputy Police Chief Rodney Gehrett, local authorities hadn’t even heard of the video until last Thursday. The deputy chief said that the original post encouraging students to shoot up their schools went viral and then it changed.

According to Gehrett, school security officials were unable to find the original post saying that Dec. 17 was a day to shoot up schools. But they did find other posts that encouraged students to bring weapons to schools.

After hearing about the social media posts, the Woodland Park Police Department met with school officials. “We worked together the day before to develop a plan to have additional officers at both the middle school and the high school,” Gehrett said. “But evidently, after we worked on that plan the school superintendent ultimately decided to cancel classes on Friday.”

Gehrett did say that there was a report of some local students discussing the challenge. He said that a teacher reported that three students were overheard talking about bringing some kind of weapon to school so she reported it to the district who then notified the local police department.

“We had an officer go out and interview the students,” Gehrett said. “And the students indicated that they were talking about bringing ‘Nerf’ guns to school and having a ‘Nerf’ gun fight on Friday. The officer told them that that was a bad idea. They told them they were not to do that and they asked the students to reach out to anyone else who may have been aware about a plan to bring ‘Nerf’ guns to school. We pretty much were able to nip that in the bud right there.”

He said that their belief is that no guns including “Nerf” or play guns are allowed at school. He said that officers told their parents that guns of any type are not allowed on campus.

In the end, Superintendent Dr. Neal made the decision to shut down schools out of an abundance of caution and he said that now is a good time to have that talk about social media. “Tonight (Dec. 16) is the opportunity for parents and students to engage in conversation about the use of social media and the potential of these platforms to manipulate and cause disruption in our schools,” the superintendent said in a statement. “It is in times like these that the need for help and your partnership as a parent is greatly appreciated. Please take the time to talk to your students to discuss the seriousness of this situation, and thank you for your enduring support of our great staff within this great school district.”

All classes resumed Monday, with the district’s Christmas break starting on Thursday.