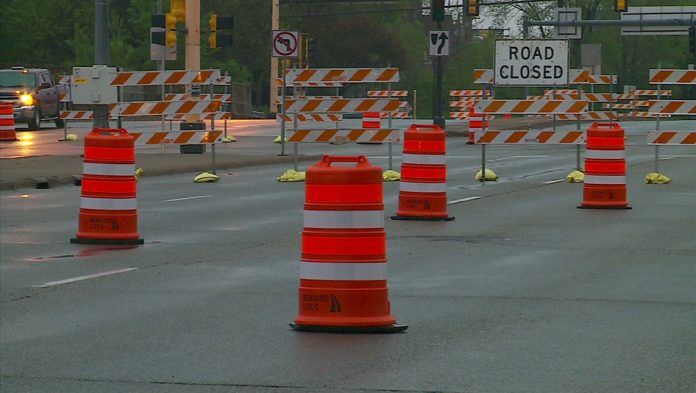 Get ready for orange cone zones for the next few summers, and the sight of frequent construction activity on main thoroughfares; and yes, occasional traffic delays.

Courtesy of the American Recovery Act, and an acceleration of state transportation projects, Teller County and the Pikes Peak region will strike a nearly $10 million transportation jackpot and reap the benefits of an infusion of highway improvement projects in the form of road widening, pull-off spots, safety enhancements, intersection work and more.

At last week’s county  commissioners meeting, Commissioner Erik Stone unveiled a pot of at least $7  million over the next few years for local enhancements along U.S. Hwy. 24, Hwy. 67 and dollars for public transit.

These infrastructure pursuits do not even include paving work scheduled along U.S. Hwy. 24 between Green Mountain Falls and Woodland Park, slated for next summer.

As a result of a growing transportation focus in the region, the big B (bypass around Woodland Park) word is getting thrown out again, with  more emphasis.

However, Stone cautioned against any renewed talks of an actual bypass.  However, he noted that with more transportation dollars, futuristic projects, such as a bypass, could have a better chance of moving up on the list. Unfortunately, Woodland Park and Teller County  bypassed a key chance to pursue this  opportunity in the early 1990s, despite the okay  of an actual route by a  mega committee of community leaders and residents.

The idea of a bypass, or some type of relief around town, is always on the radar. A few elected leaders in Woodland Park are still keeping the bypass idea alive.

At last week’s meeting, Stone stressed that what the state wanted to accomplish in its 10-year plan is now  being accelerated to a span of four years

This will result in significant projects along our main highways.

Stone said he and other officials are lobbying for more attention in improving the main intersection in Divide for Hwys. 24 and 67, always considered a problem area.

Public transit dollars are also available. But plans in this arena still haven’t been finalized, and probably won’t result in a revamp of a daily commuter metro bus, which was tried unsuccessfully previously.

Stone, who serves on several transportation committees, said he hopes something can be accomplished in the transit arena to address the senior population, such as an expansion for services currently provided by Teller Senior Coalition or with the Cripple Creek Transportation Department.

On the plate for sure is a huge $4 million road improvement plan for U.S. Hwy. 24 between Manitou Springs and sections extending well into Park County.  Also,  $2 million in improvements will occur on Hwy. 67 between Divide and Cripple Creek, including possible work at the main intersection in Divide.

These projects call for more pull-off areas, road widening and safety enhancements. The majority of the work will occur in the summers of 2023 and 2024, according to Stone. Then, $1 million is being allocated for public transit efforts.

“This opens a whole opportunity for us,” said Stone, in explaining the acceleration of state funding dollars.

Still, unclear is the determination of dollars for the federal infrastructure bill, passed by Congress in a highly partisan vote.  No local plans have been announced for using these potential dollars, but they are expected to open many avenues in the area, especially for public transit.