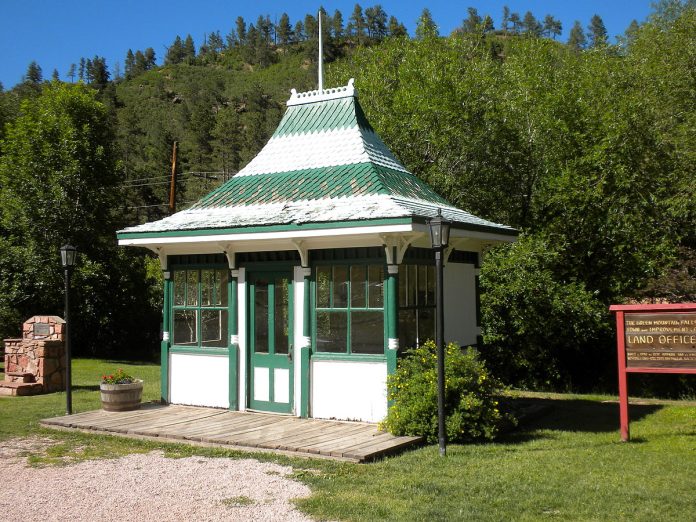 Unlike most towns in the area, Green Mountain Falls has wasted little time in securing a new head manager and clerk to fill key vacant posts.

Last week, town leaders finalized a contract with Becky Frank for the top manager post. She will get paid $85,000 a year and her contract is similar to one crafted earlier with departing manager Angie Sprang. A final deal was signed between the trustees and Frank on Friday.

But elected leaders admitting they had two top finalists for the job, awarded the town clerk/treasurer position to Nathan Scott, who was the runner-up for the GMF manager spot.

Both Frank and Scott are familiar names in the  local administrative arena. Frank has served as deputy director for emergency management for Teller County, and previously worked with Victor, running their Main Street program and spending time as assistant town manager.

Scott, meanwhile, previously served as GMF’s clerk/treasurer temporarily and has worked as the town planner since August 2021. He also helped spearhead the local census effort and worked previously with the chamber of commerce.

The board’s decision didn’t offer too many surprises, as government insiders predicted Frank would get the nod for the town manager spot.  Some meeting attendees, such as Ann Esch, are glad town leaders could employ both finalists.

And some residents are happy that the town could move this quickly in selecting a permanent town government boss.  This has been a tough pursuit for many communities in the Pikes Peak region.

But when she announced her resignation, Sprang vowed that an aggressive pursuit for a successor would occur.

The board conducted an hour-long executive session at last week’s regular meeting, in which it had private interviews with both candidates.

Frank will start as the new town manager on Dec. 27. She will have to hit the ground running, as the town faces key issues, pertaining to its infrastructure, parks, trails, paid-parking system and forthcoming amenities, such as a new skyspace attraction, outdoor gym and the reopening of the pool.

Probably the biggest hurdle she must overcome is the perception of the town manager position. Much skepticism abounds in the community regarding the need for the position, despite much lobbying for this style of government by the mayor and trustees and the regional director of the state Department of Local Affairs.

During her final farewell address, Sprang, similar to the comments made by former clerk Matt Gordon, urged the town residents to work together more and even mentioned the wisdom of Henry Ford.

She stated that residents should not view staff members as outsiders, and should adopt a more welcoming attitude.

“Staff members are not outsiders,” stressed Sprang.  As a result, she said new administrative officials should be treated as “neighbors.”

As for some prime achievements, she cited the town’s nearly $1.8 million budget, featuring some sizeable grants for infrastructure improvements and capital projects. “The town will reap the benefits of our collaborative work,” said Sprang.

Similar sentiments were echoed by Marshal Virgil Hodges, who plans to soon retire. “I really think she (Angie Sprang) has made a difference,” said Hodges. “The town will be left in great hands. We all need to work together.”

Sprang has served as the GMF Town  Manager for a little more than two years, making her really the first person to hold this position in GMF for an extended period.

She had her share of supporters and opponents, a fact largely attributed to mixed views regarding the town manager position itself.  The trustees frequently lauded Sprang’s work and efforts in putting needed systems and rules into place.

Sprang drew much criticism, though, when the town explored a paid-parking system and previously proposed shutting down the trails’ system, following the pandemic. The paid-parking experiment never gained much popularity with local business and shop operators, and with many residents and visitors.  Also, some key leaders of volunteer committees, such as Rocco Blasi and the late Dick Bratton, had strained relations with the town manager. This situation never really improved during Sprang’s stint as the town boss.

But on the other hand, the town never achieved more in garnering big dollars from grant programs.

This pro-grant effort continues to expand.

Last week, the town trustees announced that GMF was successful in landing a $52,150 grant from the state for a comprehensive road improvement plan. Plus, the local chamber of commerce, now referred to as the Pikes Peak Chamber of Commerce, landed a $110,700 grant from El Paso County Economic Development Oversight Committee, according to board documents. This latter grant could have big impacts for the GMF, Chipita Park and Cascade area.