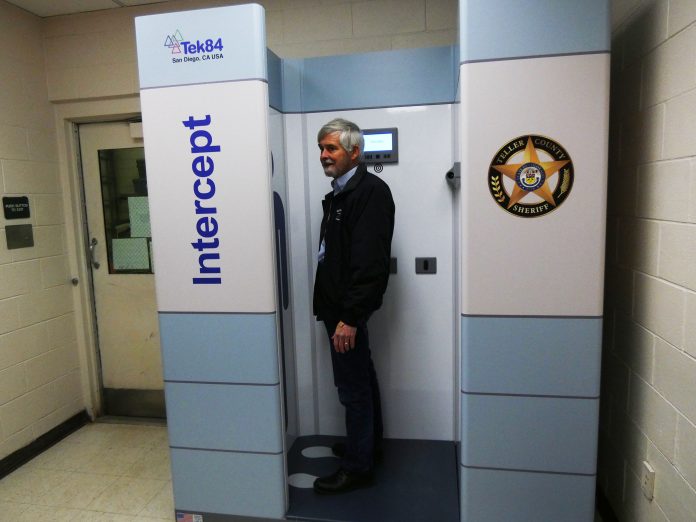 The Teller County commissioners found themselves in jail last week.

Fret not, it wasn’t for incarceration purposes, but for viewing new upgrades and equipment at the facility that is now completely debt-free for the first-time since it was constructed in the mid 1990. The clearing of that financial obstacle was emphasized at last week’s regular meeting, as for years, the jail’s infrastructure woes in Divide often put  a strain on county finances and kept jail operations leaking red ink.

That’s not the case anymore.

Also, the board wanted to thank local deputies and deliver hams to each employee. 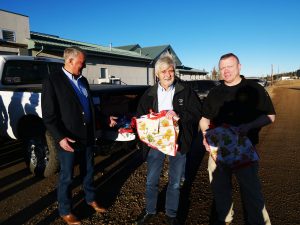 The commissioners made a special visit early last week for all of the sheriff’s office employees. The commissioners started their presentation by talking about the recent struggles law enforcement has faced in the past several months. 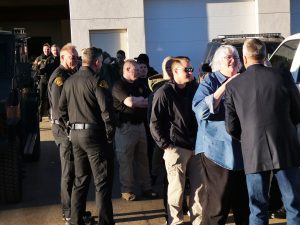 Then, each of the commissioners personally thanked all of the county’s deputies for keeping the community safe. In a special ceremony, they personally handed each employee large hams to feed their families and friends for Christmas. 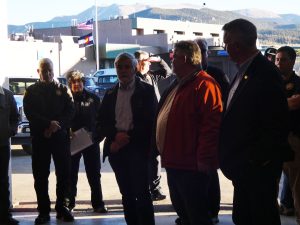 “I am grateful for each and every one  of you that started in 2021 with us, despite COVID,” said Dan Williams, vice-chairman of the Teller County Board of Commissioners. “This is for your families it’s a big ham. We are working on a lot of things for you. You take a risk every day out there. The assaults are not over and there are still people driving crazy up and down these roads. We appreciate what you do every day.” 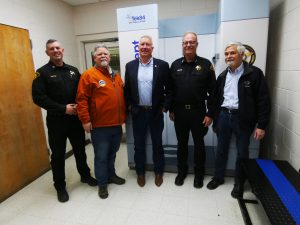 The commissioners said that they chose to give the employees a Christmas ham to signify the fact that the whole community is a family. They encouraged the deputies to use the ham to have a meal with their friends and family. 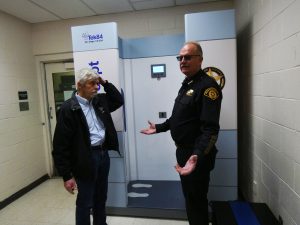 The first upgrade the commissioners toured was the addition of a new body scanner system to the booking area of the jail. In the past, the jail’s deputies were tasked with strip searching every inmate that was booked into the detentions center to look for contraband. 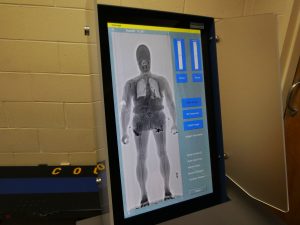 The new body scanner is similar to what they use in airports. The scanner uses x-ray technology to scan a person’s body to find objects or anything the inmate tries to sneak into the facility. 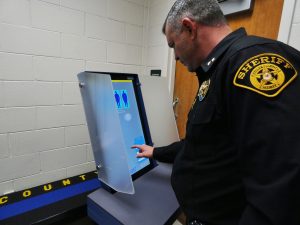 The scanner also has a thermometer function that can read a person’s temperature when they step up to it. In addition, Detentions Commander Kevin Tedesco said that the body temperature feature could help the deputies find people that possibly are infected with COVID-19.

Previously, strip searches had to be conducted by deputies of the same sex of the person being searched. With the new scanner, anybody can conduct a search regardless of the sex of the inmate.

“The big deal on this is that people who have DUIs and local county folks who have made a bad decision but they are not bad people, it just gives them their humility,” Teller County Sheriff Jason Mikesell said about ending mandatory manual strip searches. “They don’t have to go, ‘Oh my God I can’t believe someone did this to me.’”

Tedesco said that the new scanner also takes an uncomfortable task away from the jail deputies. “The humility goes full circle,” Tedesco said. “It eliminates the employees from having to go through that (strip searches) over and over again. You can imagine the effects of that. It preserves a lot of integrity while still actually increasing the safety of the facility over time. If you think about the big picture, not only does it help with the safety and security of the facility, the word does travel.”

The commander said that the body scanner can also aid in the prosecution if someone did try to bring something into the facility. He said that before they enter, the inmates are always told that bringing contraband into the jail is against the law. If the scanner finds something, the image can be saved and used as evidence in court.