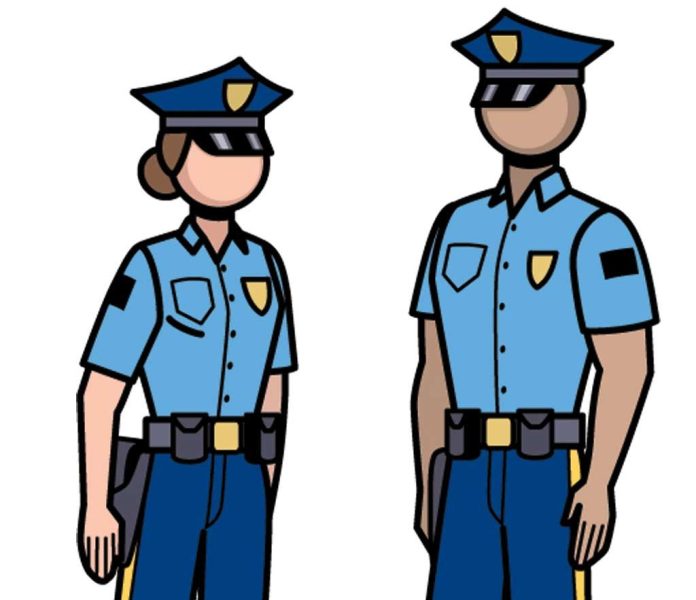 After months of  internal turmoil at the Woodland Park Police Department, capped by reports of workplace misconduct and related issues, the city has taken a step forward in finding a permanent chief.

Instead of  hiring from within,  or promoting the interim chief, the city has decided to conduct a nationwide recruitment search, similar to a process used in other communities in the area, like Cripple Creek.

The city hired a third-party recruiting company (Koff & Associates) to head the chief selection effort. Last week, representatives from the consulting company held a public forum to get input from the community about what qualifications they are looking for regarding a future WP  police chief.

The forum was held virtually, via zoom, and the company’s recruitment manager Frank Rojas and their executive recruiter Gary Palmer were present to ask questions and receive feedback from the community. The recruiters plan to take the information they received during the forum and devise questions to ask the candidates during the final interview process.

During the forum, Rojas asked the attendees three questions to get a better idea about the community and what the city needed from a police chief.

The top issues cited dealt with the recent increase in crime and  problems with hard drugs within the city.

As far as qualities citizens wanted in a police chief, strong leadership skills were mentioned as well as the notion that the city needed a chief who can regain the community’s trust in the police department. The recent turmoil within the department was brought up and many believe that members of the community have lost trust in the local police.

Members of the public said that they would like to see a new police chief that is able to regain that trust. Others praised  Interim Police Chief Stephen Hasler and said that the new permanent chief should emulate what Hasler has been doing within the department.

According to Rojas, the initial hiring process started with a conversation with city officials. The recruiters received information about what has happened within the department. The next step of the process was to formulate a packet depicting what the city is looking for in a new chief.

The two recruiters said that they have already started the process, and have interviewed some potential candidates. The recruiters then will develop questions based on the forum to ask the candidates during the interview process.

“We posted the recruitment brochure and we have e-mailed it out to over a 1,000 people by now so that we get the word out,” Rojas said. “We have advertised the position on a number of police recruitment websites and more general public sector websites. We are also going through our contacts and I am contacting a lot of our chief of police candidates from the past to let them know about the position. We have really been working hard at picking up the phone and calling people directly and letting them know about the opportunity. We get a lot of good feedback that way.”

The specific hiring timeline is still in question. City Manager Michael Lawson previously said that it could take several months before they hire a new permanent police chief. Currently, Hasler is in the middle of a six month contract as the interim police chief.

Hasler took over the reins of the department on July 19 after former police Chief Miles DeYoung retired on July 1. On May 13, the former chief was placed on administrative leave due to workplace misconduct allegations.

The city conducted a third-party investigation that found the chief was guilty of sexual discrimination in the workplace and that he created a hostile work environment. DeYoung retired during the meeting he had with the city manager after the consultants recommended the chief’s termination.

Currently, Rodney Gehrett is serving as the interim deputy police chief while the department’s two commanders were suspended due to an ongoing criminal investigation that was unrelated to the former chief (see related story).