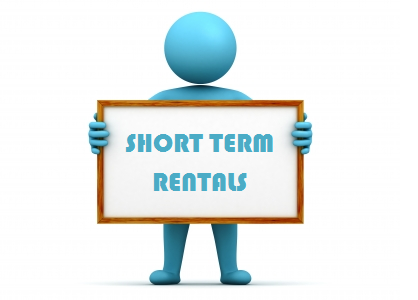 The bill, sponsored by State Representative Chris Hansen, died in a legislative committee prior to the forum. It did, however supply community input on the idea of taxing short-term-rental (STR) properties.

Several meeting attendees and business owners have told TMJ they expect another proposal to return to the state legislative arena in some format.

Hansen’s bill never made it out of a committee comprised of six members, three Democrats, and three Republicans. The bill was defeated by a 5-1 vote. Only Hansen voted for the bill in committee.

The issue of short-term-rentals has become a hot topic in Colorado and much of the country. It has recently reared its head as an issue in Woodland Park, due to investors discovering the potential financial rewards open to them by buying up residential property in the city.

Former Planning Commissioner, Jerry Penland recently spoke at a planning commission meeting, describing  his fears that out of state and out of country investors are buying up properties in Woodland Park with little or no regulation.

Penland described short-term-rentals as an “invasion” on the city. He stated that short-term-rentals are taking away properties that could be bought by families who are in need of housing. Penland went on to note several cities that have addressed the problem by placing strong regulations on when, where, and how short term rentals would be allowed in their cities.

One concern Penland has is the industry is being run by investors from out of town, and even outside the country. He stated that these investors have no interest or concern for the quality of life in the city, but only in the return on investment profit. According to Penland, at this time, Woodland Park has 103 short term rental properties operating in the city.

Penland claimed the city is encouraging these properties by not controlling the industry. He laid out a list of regulations that other cities have put in place to regulate these properties. He quoted from investment property publications that say Woodland Park is a gold mine for investors to buy up residential properties in the city due to lack of rules and regulations that would otherwise discourage investment. Penland made it clear he is not against Woodland Park home owners from turning their property into short term rentals for their own benefit, and he did acknowledge that city staff is looking into the issues, but suggested the planning commission should be the ones taking the lead on the issue.

The issue was also addressed by the Woodland Park City Council at last week’s meeting (see related story).They recommended establishing a workshop on the subject of further regulations for STRs.

In Cripple Creek, elected leaders have imposed a temporary moratorium on the issuing of any more STR licenses for nine months for further review. They fear these units could have an impact on the town’s limited supply of workforce housing and want to evaluate the issue more.   Similar bans have occurred in several Colorado ski towns.

On the other side of the coin, vacation rentals can represent a key revenue source for the local community and comprise a major proponent of summer visitation, especially in Green Mountain Falls and the lower Ute Pass area.

One business owner in Green Mountain Falls told TMJ that property tax hikes, like the one recently proposed, could have a huge impact on summer visitation and the area’s tourism economy.  Despite the defeat of this legislation, some business owners and community leaders don’t expect the debate over STR properties at the state level to die anytime soon.