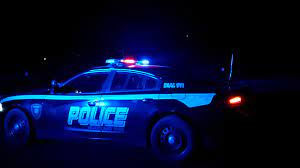 Since last May, the Woodland Park Police Department has faced leadership problems, resulting in the firing of head commanders and officers and even the launching of a criminal inquiry.

In May, the former  chief,  Miles DeYoung, was suspended and eventually forced out.  And then in June, the department’s two top commanders, also got put on administrative leave.

DeYoung was first placed on administrative leave and then he later retired after an investigation found that he was creating a hostile work environment. The commanders’ jobs were placed in limbo for several months while a criminal investigation ensued.

Even though the criminal investigation has not been completed, the city has wrapped up two third-party investigations surrounding the two commanders. On Nov. 8, the city made the decision to terminate one of the commanders, Andy Liebbrand, along with Sergeant Mike McDaniel. This dealt with how they handled a welfare check in Dec. 2020 that led to the suicide of a veteran.

Last week, the city released information surrounding the investigations of the two commanders. After a local news agency (KRDO News) reported possible policy violations during the suicide incident, the city decided to conduct the third-party investigation.

Overall, the investigation found that there were several steps the officers who responded to the welfare check could have taken that might have resulted in a different outcome. The report conducted by Municipal Police Consultants (MPC) recommended the termination of the two supervisors due to mishandling of the incident.

The report said that Commander Liebbrand should have gone to the scene and assumed command  of the incident, since McDaniel only had eight months of supervisory experience. The report also stated that the officers should have called backup to establish a perimeter, and kept the person in question from leaving.

After the report recommending the two officers’ termination was sent to the city, the two sent in rebuttal letters. McDaniel and Liebbrand claimed that there were only two officers on shift, and that the county did not have a crisis negotiator at that time.

However, the report stated that McDaniel and the other officer on scene were scheduled from noon to 10 p.m. that day, and two more officers were scheduled from 9 p.m. to 7 a.m. The report also said that the consulting company interviewed Teller County Sheriff Jason Mikesell, and the sheriff told them that the county had two negotiators on staff at the time. The sheriff also said that the county’s emergency response team has been called out to several incidents in Woodland Park where someone was suicidal.

After reading the rebuttal letters and the report, Interim Police Chief Stephen Hasler and Woodland Park City Manager Michael Lawson made the decision to terminate Liebbrand and McDaniel.

“The policy violations are listed in the reports and the chief among those was neglect of duty in helping this man and following procedure,” Lawson said. “There were many things that could have been done to provide assistance and none of that stuff was done. So, we counted those as policy violations through the internal affairs report we conducted on our own with the third party consulting firm.”

“Initially the investigation would have been nearly complete,” Tedesco said. “However, about the time I was getting close to completion some more information was presented to me forensically-based that required a bit more in depth examination by a computer forensics expert. And that report has not yet been made available to me, so the investigation is pending results of an additional lead that I had to follow up on.”

Last week, the city released the internal affairs investigation report surrounding Commander Ryan Holzwarth, but no action regarding his employment had been taken (as of TMJ’s press deadline). According to the report, the city asked MPC in September to conduct an internal investigation surrounding allegations against Holzwarth.

However, after reviewing several police records and conducting interviews, MPC found that the allegations against Holzwarth were “unfounded.” But the report did find “a series of actions by Commander Holzwarth that are very concerning.”

The report also cited  statements  by Holzwarth that could be viewed as sexual harassment, according to their findings.

Read the full report on Commander Libbrand and Sergeant McDaniel at

IA with redactions for release

Read the full report on Commander Holzwarth at