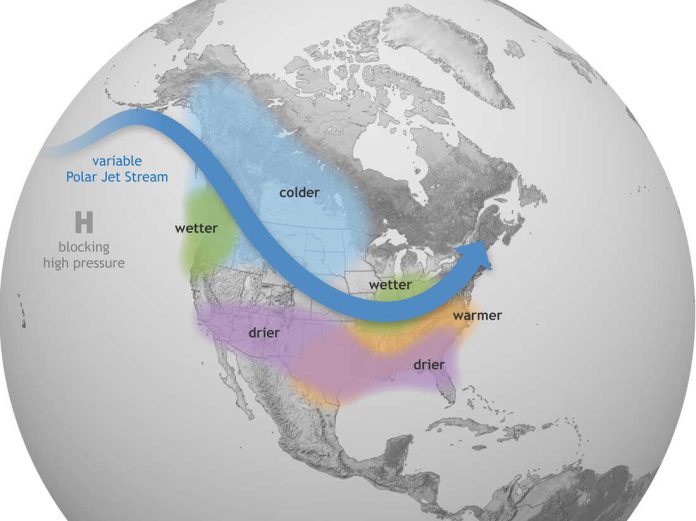 There is an old saying in the west, “Whiskey is for drinking, water is for fighting over.”

According to the U.S. Drought Monitor, 80 percent of the state was experiencing some form of drought last year. The water shortage as a result of the drought affects nearly 2.4 million Colorado residents, or 47 percent of the population.

Denver and much of eastern Colorado started out 2021 with severe to exceptional drought covering the region.

However, thanks to the wet end to winter and beginning of spring, much of eastern Colorado became drought free by the end of May. Since then, it has been hot and rather dry across the Hwy. 25 Corridor

According to the National Integrated Drought Information System, (NIDIS, a division of the National Oceanic and Atmospheric Administration, NOAA), Colorado is recovering somewhat from the most severe drought conditions of the last several years. NIDIS breaks down drought conditions into several categories depending on the severity of drought.

However, the outlook for a dry winter could plunge the state back into extreme drought conditions. Record-breaking heat coupled with a dry winter forecast could mean that drought in Colorado will likely get worse in the coming months, according to Peter Goble, a climatologist with the Colorado Climate Center at Colorado State University.

“The outlook is not encouraging,” Goble said. “It looks like summer is going to hang on here for a little while and as we look forward to winter, (we’re) looking at a high probability of another La Nina year,” he said. This will mark the second La Nina winter in a row.

La Nina is an oceanic phenomenon affecting sea surface temperature across the eastern equatorial part of the central Pacific Ocean. It has extensive effects on the weather across the globe, particularly in North America. In a La Nina year, winters are generally drier and warmer in Colorado.

NOAA’s Climate Prediction Center has announced the presence of the La Nina weather pattern for the second year in a row. That favors drier air over the southwestern United States, and it usually includes part of Colorado. NOAA is also listing about an 83 percent chance for the La Niña to persist through the entire winter and into the spring months.

Goble said, “If we do continue to have these drier-than-normal winters, that will eventually have implications for how water can be used in Colorado. That’s definitely a situation that we will be watching as winter unfolds,”

At this time, with the exception of the Pikes Peak local system (including Woodland Park), NIDIS indicates Teller County is in the “abnormally dry” category on its drought scale. NIDIS also states that the county’s moisture is 2.5-percent above normal for September. Long term predictions by NIDIS indicate the Pikes Peak area, including Woodland Park, will slip into drier conditions reverting back to abnormally dry on their drought scale.

Adding to the drought woes, the hard hit southwestern states are under extreme drought conditions. Lake Powell, which supplies much of California and Nevada with hydroelectric power is at an al- time low. According to the U.S. Bureau of Reclamation, Falling water levels at Lake Powell, could cause its dam to stop generating hydroelectric power in 2023. The Bureau’s projections show a 3 percent chance that Lake Powell’s water levels fall below the minimum level necessary for the lake’s Glen Canyon Dam to generate hydroelectricity next year. In 2023, the chance of a power shutdown jumps to 34-percent.

The extended dry spell has produced some noticeable impacts.

Teller County, and all municipalities in the Pikes Peak region, including Woodland Park, implemented Stage 1 fire restrictions, an unusual move for this time of year.

And locally, the drying up of Trout Creek and other water beds in the region fueled some concerns.  The town’s golf course, Shining Mountain, had to end their regular links season earlier than normal. Signs were frequently displayed in late summer,  reminding patrons of the drought conditions.

Fortunately for Woodland Park, Public Utilities Director, Kip Wiley has been proactive in acquiring water shares throughout the state to keep Woodland Park’s faucets running and toilets flushing. According to Wiley, “All of our water comes out of the South Platte Basin with the exception of our augmentation water. That comes from Twin Lakes, via the Homestake Pipeline, all the way from Buena Vista to Rampart Reservoir and also Catamount and we have a tap on the Colorado Springs Pipeline that we pull our water out of. And they convey it to us.”

Taking into consideration the city’s wells, surface water, and shares in outside sources, Woodland Park is in pretty good shape. This doesn’t mean we can be wasteful. Officials remind residents that the state is in a drought, so being “Water Wise” is still a responsible policy to follow. And it keeps your water bill costs down.