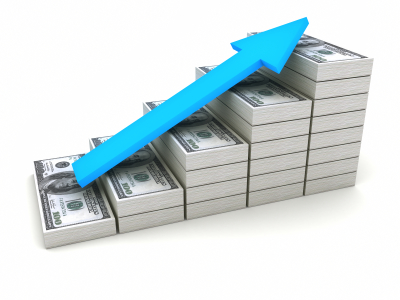 Aquatic Center and City Workers Could Emerge as Fiscal Winners

And similar to fellow governments in the area, Woodland Park officials are calling for more spending, following the ultra-lean year of 2021 that was heavily impacted by the unknowns associated with COVID-19. In fact, pre-coronavirus spending levels will be returned and even increased over previous amounts, with more  money planned to pay off the Woodland Aquatic  Center debt, increase salaries and fund several key capital projects.

This week, another budget workshop will be held. During this time, the council will have their chance to provide input and change or adjust the fiscal proposals for next year.

A public hearing on the final adoption of the budget be held during the city council’s scheduled meeting on December 2.

Last year, the city sculpted a “flat budget” due to the pandemic. Due to the uncertainty of what would happen in 2021, the city’s expenditures were reduced in several areas.

However, luckily the city’s revenue for 2021 increased by more than $1.4 million over what was projected. And, in 2022 the revenue numbers are expected to continue to grow.

“A strong 2021 and slowing but still strong revenue projection for 2022 allows the city to restore funding for some basic core needs that have gone unfunded or underfunded for several years,” Lawson said in his budget message.

As a result, the 2022 budget calls for a hike in expenditures in certain areas. In fact, the proposed budget is around $1.7 million or 15.1 percent higher than the final 2021 budget. According to Lawson, the key theme for the 2022 budget is: “Restore or maintain the high quality of service Woodland Park residents have come to expect in an environment with a rapidly increasing cost of doing business.”

One major addition listed in the budget is more money going to the Woodland Aquatic Center debt service reserve. The city plans to transfer $1 million from the 2021 general fund surplus into the reserve to pay off the loan for the aquatic center. For the 2022 budget, city officials proposed another $250,000 to help pay off the debt.

Another addition to the budget is aimed at improving staff compensation for retaining more workers.  According to Lawson, the city has experienced a nearly record high turnover rates over the last year, a trend experienced by most governments in the region.

The city plans to give a 3 percent cost of living increase to all employees. The city also plans on absorbing the increasing cost of health insurance for its employees.

City officials also want to put $115,000 into conducting a market study to review  what government employees are getting paid in other cities for similar positions. The city has also proposed adding four more positions.

The city also wants another $55,000 to replace tools and supplies for the public works crews. Also, the proposed budget calls for $24,000 to reinstate the city’s tree program that identifies deceased trees that threaten the city’s forests, and implement plans to replace them.

The 2022 proposed budget would add key capital projects, including $125,000 to improve the exterior of the city hall building and the staircase on the building’s west side. The budget also lists $20,000 to improve the security of the police headquarters. The cost of this project will be partially offset by a private donation of $7,500 given to the police department.

In the prosed budget for next year, the Hwy. 24 reliever route will also be addressed. The city has proposed $50,000 of a grant match to fund a corridor study for a potential reliever route for Hwy. 24.

The proposed budget also brought up the fact that many of the city’s vehicles are old and need to be replaced. According to Lawson, the city has not funded vehicle replacements since 2016 with few exceptions.

The proposed budget for next year includes a total of $224,000 to replace four patrol vehicles for the police department. City officials are also asking for another $145,000 to replace a heavy duty truck and three light duty pickups for the public works department.

The city plans to have a work session for the budget workshop at 5 p.m. this Thursday before the regularly scheduled council meeting. The initial posting for the new budget ordinance will occur during the council meeting on November 18. Then the public hearing and the adoption of the budget will occur on December 2.