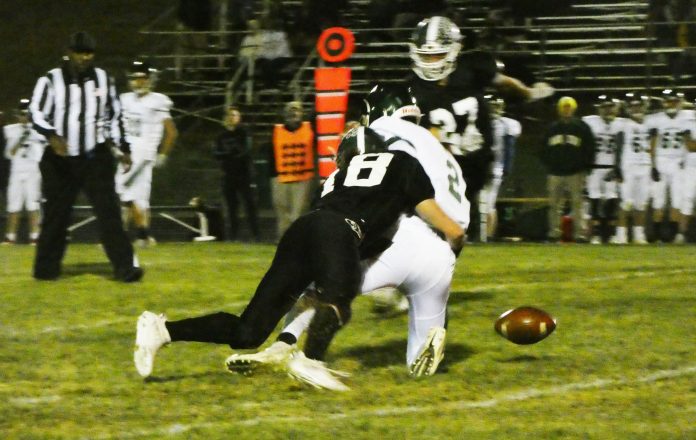 During the Woodland Park Panthers’ last home game of the season Friday evening, the stands were packed again and the team put on another great show.

The Panthers battled their longtime rival team, the Manitou Springs Mustangs, and won by a whopping 46-20 score In what some dubbed as the Ute Pass Area showdown. Manitou actually won the state championship in their division last year. 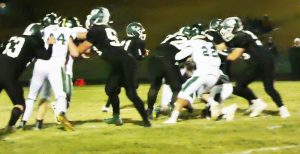 Woodland Park’s latest victory gave them an undefeated home record for the season.

But unfortunately, due to a recent loss against TCA, the Panthers are now in second place in their division with a 4-3 overall record and a 2-1 league record. That may put their playoff prospects out of reach.

At first, the game was close and the Mustangs even got up on the scoreboard  initially. In fact, at one point in the second quarter, the Panthers were down 20-15. But the team got fired up and didn’t let Manitou score anymore points for the duration of the game.

After the Mustangs’ first score in the opening quarter, the Panthers were down 6-0. But then, the team’s defense stepped up and made two touchdowns, including one interception with a long return for a score. 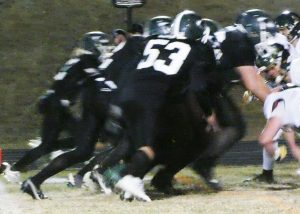 The Panthers got one two-point conversion and one extra point, making the score 15-6. Manitou then scored one more touchdown and a two-pointer to make the score 15-14 at the end of the first quarter. 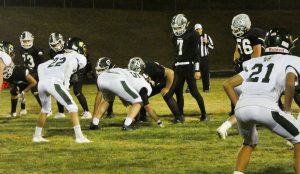 The Manitou offense then drove the ball down the field again and scored a rushing touchdown. The Panthers stopped the two-point conversion, making the score 20-15. This  marked the last time the WP team would be on the losing side of the scoreboard. 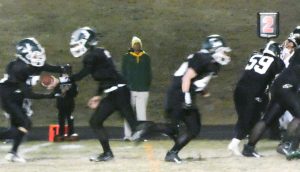 The Panthers got the ball back and then drove down the field to score a rushing touchdown with less than a minute left to play in the first half. The Panthers succeeded in getting a two-point conversion, making the score 23-20 at halftime. 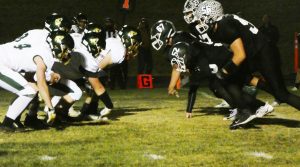 During the second half, the Panthers clearly gained the momentum. In fact, the third and fourth quarters were definitely one-sided in the Panthers’ favor. 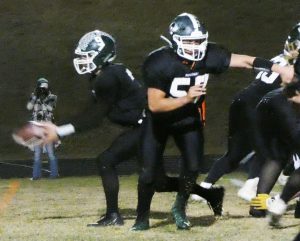 Woodland Park started the second half off the wrong foot with a fumble, but the Mustangs weren’t able to take advantage of WP’s miscue. Once they got the ball back, the Panthers scored with another rushing touchdown and a point after,  putting them up by 10. 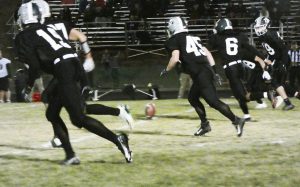 Then, with less than a minute left in the third, the Panthers drove down into the red zone but got stopped short and it went to fourth down. The coaching staff then decided to kick a field goal, which was put through the uprights by senior kicker Tony Torres-Chavez making the score 33-20.

The Panthers then kicked off to the Mustangs, which resulted in a fumble return for a Panthers touchdown, a play that probably sealed their victory.

During the fourth quarter, the Panther defense stayed strong and didn’t allow much of anything from the Mustang offense. The Panthers scored one more rushing touchdown, but missed the extra point leaving the Panthers at a 46-20 victory. 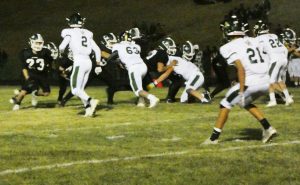 On the downside, the Panthers will no longer be able to reap the benefits of their strong home field advantage anymore for the 2021 season. However, next week is their last game, and it is one they could win. 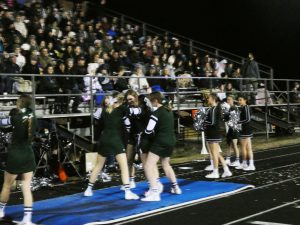 Due to the Panthers loss against TCA two weeks ago the Panthers playoff hopes have basically dwindled since they will not win their division. But the team still has a good shot at achieving a winning season this year.

This week, the Panthers will have quite a challenge for their last game. Friday, the team travels on the road to take on the 4-4 La Junta Tigers. 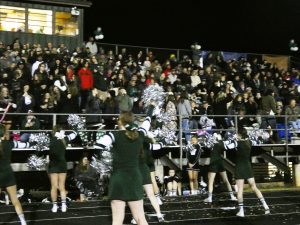 The Tigers are currently sitting just behind the Panthers in their league with a 2-1 league record. The Panthers are ranked 19th statewide in 2A and the Tigers sit in 16th place. Hopefully, the team can continue its successful “ground and pound” strategy to pick up a “W” during the last match of the year and earn a winning record for 2021.