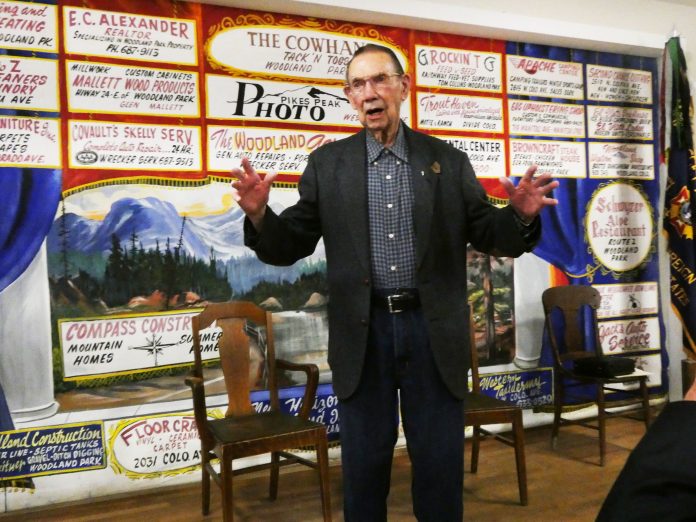 Harold Ahrendt Recall Stories From the Infamous War Against Tyranny

Even though the veteran doesn’t officially become a centenarian until October 28, he was honored  due to his service with the American Legion post and a local church.

And then during last week’s Woodland Park City Council meeting, the veteran was honored yet again. In fact, the city officially proclaimed October 21, 2021 as “Harold Ahrendt Day.”

Ahrendt was joined at the initial birthday ceremony by his wife, children, grandchildren and great grandchildren. After he addressed the crowd, cake was offered to everyone who attended.

Event organizer and former Teller County Commissioner Norm Steen initially wanted to honor the tradition and have the birthday boy blow out candles before cutting the cake, but he chose a different way to honor 100 years. “I thought about lighting 100 candles, but the fire department is not ready for that today,” Steen said jokingly. “So instead, there are 100 U.S. flags back there to see what 100 looks like.” 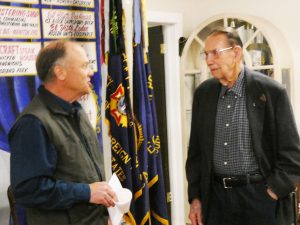 The ceremony started with an introduction from Steen. Teller County Commission Vice-Chairman Dan Williams told the large crowd details of Ahrendt’s story regarding his war experience and his careers after the war. The veteran was first drafted in 1942 and he spent two years working in the country as a part of the 8th Armored Division. Then on New Year’s Day in 1945, Ahrendt was shipped overseas to join the war efforts in France.

Ahrendt’s service started with a long 350-mile March through France and into Germany. “We marched from two o’clock in the morning until 2 o’clock the next morning,” the WWII veteran recalled. 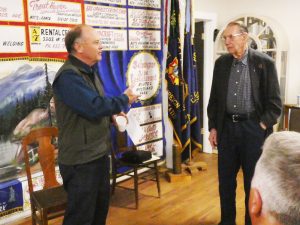 Ahrendt’s 8th Division then fought its way into Germany where they remained there until the war ended. While in Germany, the division played a huge role in freeing people from many of Germany’s concentration camps.

After the war ended, the division stayed in Europe to prepare for battling Japan, but then when Japan surrendered, the division was broken up. Ahrendt then returned home to Sioux City, Iowa and retired from the Army as a technical sergeant. 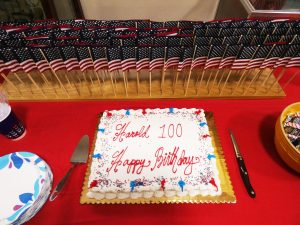 “I arrived in Sioux City at two o’clock in the morning in February and there was no snow on the ground but it was cold,” Ahrendt said. “There were no street cars running and no taxis. And I didn’t know exactly where I lived anymore because my mom had moved all I had was the address. So I put my stuff on my shoulders and began walking. When I eventually found the house and rang the doorbell all I could hear were footsteps running down the stairs.”

When the veteran returned home, he was offered the same job at an auto parts and sporting goods store that he had before he left for war. He then decided to purchase a Coast to Coast store. 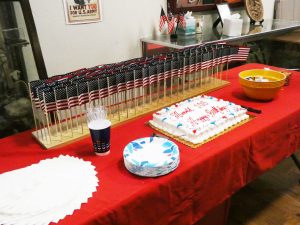 “Now talk about stupid,” Ahrendt said. “I signed up and bought that store and borrowed money when I knew nothing about what the business was like. There were four hardware stores in a town of 1,300 people so there was a lot of competition. But I ended up selling more lawn mowers than the other three stores put together. If people would come into the store and look and lawn mowers and wouldn’t buy them I would find out who they were and where they lived. I would load up the car with some lawn mowers and show up at their house. I would ask them if they wanted to buy one and when they would say ‘no’ I would offer to let them try one. They would say, ‘well, sure since you are already here.’ I sold a lot of lawn mowers that way.”

Ahrendt owned two Coast to Coast stores before switching careers. In the 1970s, he and his late wife moved to Woodland Park to be closer to their children who lived in other parts of the state.

Over the past several years, Ahrendt has spent his time helping out with the American Legion and volunteering at a local church. At one time he served as his church’s treasurer while he was in his 90s.

During the ceremony, Williams talked about the significance of honoring a World War II veteran. “Today those that actually fought on the ground are over 90 years old,” Williams explained. “We lose 240 World War II veterans every day. As of today, there are 240,329 veterans left. So it is an honor to have Harold (Ahrendt) here today.”