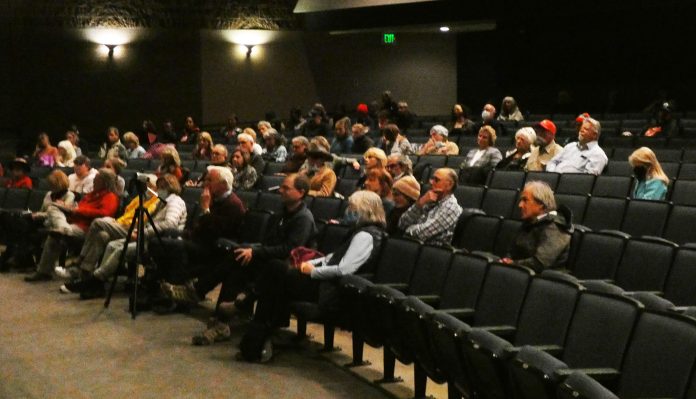 As it gets closer to Tuesday’s Election Day, the debate surrounding the Woodland Park RE-2 School District Board race has escalated with no sign of  a letup, even in the final campaign stretch.

In fact, forums with the various candidates were held last week, days before the deadline for submitting ballots.

On Monday, a forum with the Gateway Elementary School boundary candidates was held at the school’s gym with candidates Gary Brovetto and Paula Levy.

Then on Tuesday, the forums finished up with one held that featured the three at large-position candidates Aaron Helstrom, David Rusterholtz and Amy Wolin.

During the first week of forums, the two candidates went back and forth over several issues. But then during the last forum held at the Woodland Park High School Auditorium, there were three candidates  offering a larger variety of viewpoints. 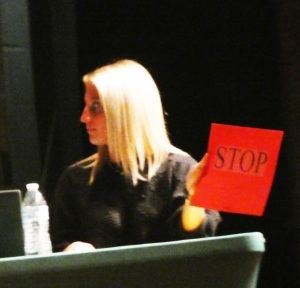 In all of the forums, the moderator (former Woodland Park Council Member Carrol Harvey), asked all of the candidates’ similar questions. The questions focused on leadership experience, the strengths of the school district and the issues facing the board.

Even though the answers varied more in the final forum, since three candidates participated instead of two, similar subjects took center stage. The Summit Learning Platform, the declining school enrollment, and the structure of the school board were all issues that commanded much attention.

During the final forum, all three of the candidates agreed that the school district has many strengths including the staff and facilities. All of the prospective board members agreed that teacher pay needs to increase locally across-the-board to help retain and attract employees. 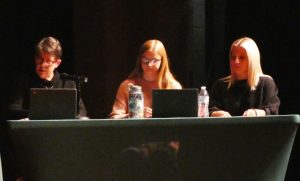 According to David Rusterholtz, the biggest challenge the district faces is the fact that enrollment has been dropping for the last decade. “Over the past four years, we have had a decline of over 700 students,” Rusterholtz said. “That means our five schools are operating at less than half capacity. The state has a standard that says if your schools are over 250 students less than capacity, then you are underperforming.”

Rusterholtz said that the declining enrollment is a challenge that the board needs to work towards overcoming. He also said that he has some plans to fix the low enrollment problem, including having the district offer a larger choice of schools.

Write-in candidate Aaron Helstrom said that the biggest issue facing the district is curriculum being taught that goes against the constitution. “I would say the biggest thing is to re-instill pride in being an American and understanding what it means to be an American,” Helstrom said. “Because if we can come together, we will be less divided. That is the job of leaders to make decisions based on what they know best.”

Candidate Amy Wolin agreed that the declining enrollment is an issue. But she said that the problem needs to be fixed within the district.

She said that creating a positive environment within the community is the key to attracting families to the schools. “I think the biggest issue facing our district is ensuring a positive culture in this age,” Wolin said. “I think we are at a crucial point of stability and respect. We have to support each other even if we don’t agree with each other.”

In addition, the topic of changing the school board structure from that of a policy governance board to one that has more control over staff and curriculum capped much discussion. The three candidates were asked how they would handle being in charge of curriculum. In response to this question, all at-large contenders said  that they would take input from the experts and parents when making decisions about what students are being taught.

The RE-2 School Board elections are the  most contested in recent memory, as nine candidates are vying for four seats.  This is just one of a slew of local municipal and school elections occurring throughout Teller County.  Although the 2021 elections are an off-year contest, much is at stake for local residents.

The deadline for returning ballots is Nov. 2 at 7 p.m.  The county has set up drop-off locations at the courthouse in Cripple Creek, the  motor vehicle office in  Woodland Park (800 Research Drive, Ste 200) and the Divide Marketplace, (aka Venture Foods, 11115 Hwy. 24 in Divide, sidewalk by entrance).

In addition, in-person voting is available at the Woodland Park Public Library (until  7 p.m. Nov. 2). For more information about the election process, call 719-689-2951.

For complete and up-to-date election results, visit www.mountainjackpot.com and visit us on Facebook. Don’t forget to vote.