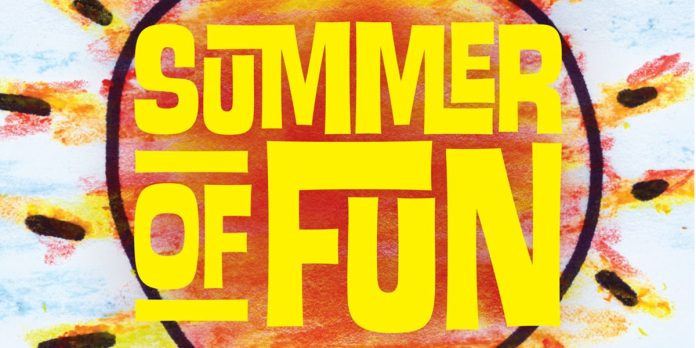 Although it’s not quite official yet, the Cripple Creek City Council is now prepared to wield their budget axe and chop nearly all special event funding for next year.

This action could have a big impact on the future of such popular festivals as Ice Fest, the  Salute to American Veteran Rally and Donkey Derby Days. These events can’t rely much on the city for support, except for help with the three Ts, “toilets, trash and traffic control.”

The city will still allocate some support money for special events, but it won’t play a role in sponsoring weekend festivals like it has in previous years.  This marks a significant policy change from the city’s post-gaming tradition, aimed at trying to generate more visitors and families to town. In fact, the city’s event-packed season of pre-COVID years was once nicknamed by a former marketing director as the “Summer of Fun,” in a take-off from  the “Summer of Love” in California.

Well, not much love abounds in Cripple Creek about doing events. Those days are now gone, based on the nearly final-approved city budget for 2022.

This is a huge policy change that began last year, as Councilwoman Meghan Rozell led the charge for not sacrificing employee salaries and benefits for special events.  Plus, the threat of the COVID-19 epidemic, and the related restrictions involved, raised questions about the viability of doing special events, period.

Instead, the elected leaders want to put more emphasis on city operations, such as retaining employees and key workers/administrators and on public infrastructure.

Last week, in a key budget meeting, the council agreed on the basic fiscal changes for the 2022 proposed blueprint, scheduled to be approved in early December.

The council firmed up their goals and objectives for the 2022 budget, calling for much more attention towards city operations, public infrastructure and housing.

Surprisingly, the council budget discussion, although having a big impact on the future of special events in Cripple Creek, generated hardly any comment.

Marketing and Special Events Director Jeff Mosher made a plea for continuing to fund the Toys for Tots charity event and the Memorial Wall ceremony dedication, which honors military veterans in the Pikes Peak area who have died in conflicts overseas.

He didn’t get any argument from the council, who agreed to support these events from a funding perspective. Plus, the council agreed to foot an additional $5,000 into the July 4th celebration, meaning this event will now  have a budget of about $30,000. A bulk of the monies possibly slated for special events next year will now be placed into a continency fund, according to the latest proposal.

The council now wants to retreat from funding special events altogether, other than playing a support role in financing some of the operational costs, such as offering help for event organizers with port-a-potties, trash and traffic control costs. The city also would help with the marketing of the events, according to city officials.

This action, though, may serve as the final guillotine for the Cripple Creek Ice Fest. In the past, the city has partnered with the casinos in sponsoring this event, and has invested $50,000-plus. Now, that amount is down to zero, forcing the gaming operators to finance this on their own, or with additional sponsors.

And ramifications of this action have already signaled a red alert button for ProPromotions, which does the annual Salute to American Veterans Rally. ProPromotions had submitted an event request for $37,000 for next year’s Rally, according to Cripple Creek Interim City Administrator Ray White.

Jim Wear, president of ProPromotions, one day after the council’s budget session, approached Woodland Park elected leaders regarding the City Above the Clouds taking a larger role in financing the Veterans Rally and expanding many of the festival activities that previously occurred in southern Teller into Woodland Park (see related story). Wear wants the event, which was held in  Woodland Park last August on a limited basis, to become a major several-day festival in Woodland Park.

However, special events have always been a dicey topic in Cripple Creek, with no shortage of opinions.

Based on last week’s budget meeting, the council has finalized its goals of objectives for 2022, that place much more emphasis on city operations and completing a new salary survey. Finance Director Paul Harris stated that the city is having extreme difficulties in retaining and recruiting employees.  “Half of our police force is missing,” said Harris.

During several meetings last week,  city officials and leaders presented a depiction of a deteriorating infrastructure system  that needs work to offer basic services to residents and businesses, such as the prospects of requirements for a  new wastewater treatment plant.

The council was  mostly in agreement on the main priorities to address next year.

The 2022 budget, calling for close to$12 million in expenses, is slated for approval on Dec. 1.