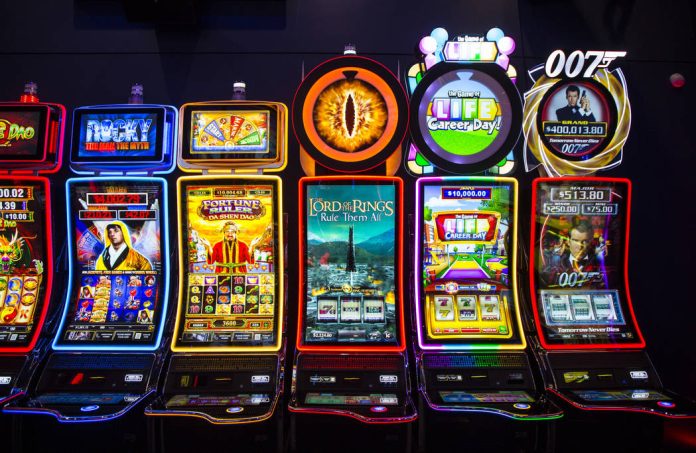 Don’t cut off the hand that feeds you and consider a future additional revenue source, other than legal gambling.

In fact, the time has finally arrived for opening the doors for recreational marijuana in Cripple Creek.

Well, don’t cry if we can no longer provide your casinos proper sewer service anymore. And no fees stay the same for 30-plus years.

These are some of the comments that highlighted a lively Cripple Creek Council workshop and meeting last week as elected leaders grappled with plans to eliminate a $360,000 industry-wide price break on device fees, in place since 2004, and possibly increase betting device fees altogether. This is the first time this latter plan has been proposed in three decades.

The council and a group of gaming operators debated the future fiscal course of the city, in dealing with a serious revenue shortfall. At issue for the city is practically a 50 percent plummet in betting devices housed by casinos since the peak of the industry. Betting device fees are the main fiscal source that funds the city government.

On the upside, both sides agreed somewhat on the need to slice a current device fee break, initially implemented to help small “Mom and Pop” casino operators. “The fee break did not succeed in that goal, but the break has remained in place for the six corporations operating in Cripple Creek,” explained Finance Director Paul Harris.

But the casino operators wanted to only have the break rescinded for a year, to allow both city officials and the operators to come to the table for a long-term discussion.

“The casinos want to be good partners with the city,” said Jeff Weist, director of the Cripple Creek Casino Association, who stated that gaming operators didn’t oppose eliminating the break for a year period. “We would prefer a different process,” added the casino association director.

Weist and the gaming operators wanted to set the stage for a formal negotiation period to help resolve the city’s long-term needs.

And for the first time in a public meeting, casino operators got behind the idea of legalizing the option of having retail marijuana in Cripple Creek, to generate another revenue source. “The city is too dependent on one industry,” said Weist.

Eric Rose, general manager of Century Casino Cripple Creek, noted that the gaming town of Central City received an additional $500,000 in annual revenue from retail pot. Moreover, he believes the southern Teller gaming community could do much better, if it legalized retail pot.

This idea was thrown out about five years ago, but received a cold response by most council leaders. At the time, the casino operators appeared to welcome this suggestion, but refrained from actively embracing the addition of recreational marijuana to the community.

The council didn’t really respond to the gaming association’s suggestion about retail marijuana. But elected leaders continued to emphasize the financial challenges they faced.

“We have to do something here, We are between a rock and a hard spot,” stated Mayor Pro Tem Tom Litherland. He cited huge infrastructure expenses, including the possibility that the city may need a new wastewater treatment plant and immediate concerns that could impact the delivery of services.

Other council members expressed similar sentiments. “We can’t supply all of this for the industry,” said Mayor Milford Ashworth.  “We are covering those  (infrastructure) costs.”

Casino operators agreed that the industry and the city need more discussion on this issue, and questioned why a formal decision was scheduled, shortly after a public workshop. “You have to start out with reality,” blasted David Minter, owner of Johnny Nolon’s and the Colorado Grande casinos. He questioned the city’s financial projections regarding betting devices.  If the city pursued its plan, he predicted the industry would have a much leaner gaming lineup. “Do you want more devices or less devices?” questioned Minter.

In a more cautionary tone, Matt Andrighetti, general manager of the Wildwood, proposed more active discussions. “To me, this is a process issue,” said Andrighetti. “Let’s do this the right-way. It needs to discussed in the right process. I appreciate the challenge. We are all trying to succeed.”

Larry Hill, the general manager of Triple Crown Casinos, said the local industry is still struggling like city  with serious labor issues and future federal vaccine mandates. “The head winds are devastating,” said Hill. “We are scared to death. I would ask for more time.”

He threw out the idea of establishing a metropolitan district to help resolve the revenue shortage.

After an extensive amount of public comment, the council, in their formal meeting, unanimously agreed to permanently eliminate the current device fee break,  which extends to the initial 50 betting devices, per operator.  This amounts to a $360,000 break, industry-wide on an annual basis. “It’s time to bring that to a halt,” said Litherland.

However, the council stopped short of approving an ordinance, dealing with proposed permanent device fee increases, ranging from a $25, 8.3 percent increase per device, per quarter, to $100, or 33 percent. These increases could provide the city with an increase in revenue, extending from as low as $287,000 per year to $1.5 million.

The council opted to delay action on this measure until March.  That will give the city and gaming  operators more time to evaluate such options as lobbying for recreational marijuana and establishing a metropolitan district.