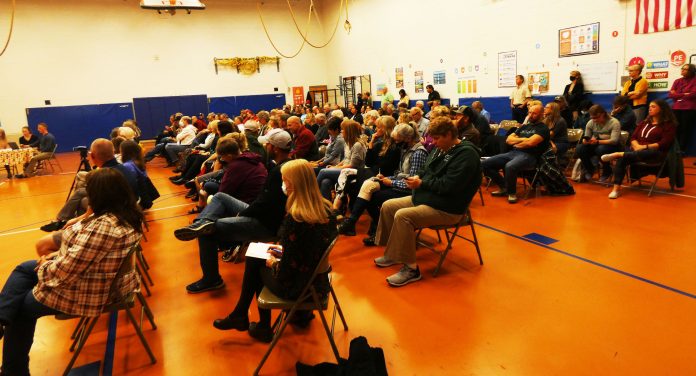 The heated debates regarding the 2021 Woodland Park RE-2 School District Board elections officially kicked off  last week as the candidate forums commenced. 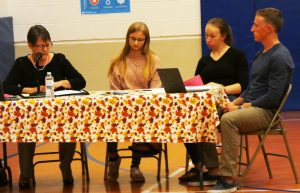 The school board races have  commanded considerable public attention, mainly due to the interest in the contests.  A record nine candidates have entered the competition for three seats, which far exceeds the level of past elections in recent years.   In fact, during both forums last week, the two elementary school gyms were packed to the point in which it was standing-room only. 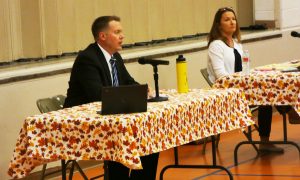 The questions asked ranged from subjects dealing with the school district’s strengths, to budget concerns and how the school board can incorporate different learning styles.

The main topic taking center stage at the initial forum dealt with the fact that enrollment throughout the district has been on the decline for the last several years. All candidates cited the low enrollment numbers as a major issue.

However, Leafers  said that the board needs to conduct studies as to why this decline in enrollment is happening, and not rely on the social media rumor mill. “We need to address the issue of our declining enrollment, but we need to do it based on data gathered through community outreach and also verifiable sources,” Leafers said. “We cannot react to that in a knee-jerk fashion or we will end up in a worse spot than we are now. I think we have a lot of work to do to figure out why it is happening. We can take anecdotes from social media, but that’s not good enough.” 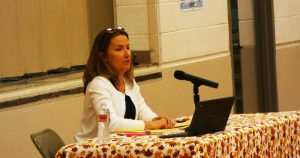 Illingworth though, said that he thinks something needs to change, and that the school board needs to pivot from being a policy governance board so that it has more control over what happens in the district. “The challenges of enrollment are a big problem and that slide has been happening for the last 10 years,” Illingworth said. “The problem is within ten years nothing has changed. The school board for a long time, today and in the future (if we keep the status quo), delegates all of its authority to the superintendent. But he can’t do it all. It’s not fair to ask him to do it all. We are all to the point where we need to take a survey and ask people what their problems are. The problems are apparent.” 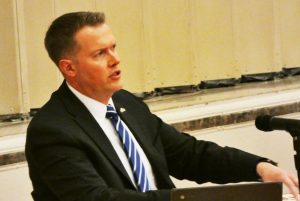 Leafers, though, took a different stance on this issue,  saying that changing the way the school board operates is not a good idea. She read a quote, stating how the schools are better left in the hands of those who are experienced, rather than local politicians.

The district’s Summit Learning Platform was also a main topic of discussion and one that generated mixed opinions. Illingworth brought up some the negative comments regarding the platform.

“Our parents have made concerns about the Summit Learning Platform to our teachers and school board members because they are hearing it from their kids,” Illingworth said. “They have said that their kids are stressed out because the ‘red line of death’ is chasing them every day on Christmas vacation as they struggle to keep up with their work and not fall behind. When they bring up those concerns to our school board and the school board only says, ‘we only work with our superintendent,’ our parents don’t feel heard. When they don’t feel heard, they don’t feel respected. When we don’t have respect, we don’t have trust. And when we don’t have trust,  we find ourselves where we are now with declining enrollment.”

However, the moderator read a comment from a student during the forum who said that she loved the Summit Learning Platform. Leafers also said that she has received good feedback on the platform from various students and staff members.

This week the forums continue with Paula Levy and Gary Brovetto taking the stage Monday at the Gateway Elementary School Gym. Then, the last forum will be held Tuesday at the high school auditorium and it will feature the three candidates running for the at-large position: David Rusterholtz, Amy Wolin and write-in Aaron Helstrom.

The deadline for returning mail-in ballots is Nov. 2. For more information about the election process, call 719-689-2951.