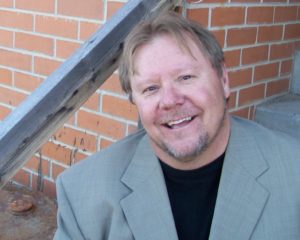 Talk about a combination of good and  bad news last week on the Cripple Creek leadership front, highlighted by the forthcoming loss of a theatrical legend.

On the upside,  Cripple Creek succeeded in closing the deal on the hiring of a new fire chief, a position that has remained open for months.

Joe O’Conor, who sports 30 years of experience in volunteer, private and public emergency management agencies, will assume the reins of the Cripple Creek’s fire and emergency services department in early January, according to Interim City Administrator Ray White. White said the council was quite impressed with O’Conor’s qualifications and was able to finalize a contract with O’Conor. The newly-appointed chief will begin his duties in overseeing the Creek agency at the start of 2022.

For nearly 20 years, O’Conor was heavily involved in the emergency operations of Peachtree City, Georgia, as a paramedic, officer, instructor, volunteer and fire chief. O’Conor actually started his career the local volunteer and ambulance corps in east Hampton, New York. He also served as the EMS training director for the Midlands Region of South Carolina.

The selection of a fire chief has been a long process, further delayed by the coronavirus epidemic. On several occasions, the city had to restart their search, after failing to get enough qualified applicants. During this period,  the interim chief role has been handled by Ryan Lohmeier, the acting chief.

That’s the good  news on the local employment front.

Loss of a Theater Legion

The bad news is that Mel Moser, the manager of the Butte Theater for years, is stepping down at the beginning of next year, as part of a move to Wyoming.

His pending resignation was announced during last week’s budget session, as Moser was outlining the highlights of the forthcoming 2022  season.

Mayor Pro Tem Tom Litherland, who actually served as mayor when the Butte was originally resurrected, somewhat broke the news.

“Mel, I just want to thank you for your many years of service,” said Litherland. Both the mayor pro tem and other leaders referred to Moser as “Mr. Butte Theater.”

White jokingly quipped that he planned to hold Moser’s resignation letter next the shredder, in case he changes his mind.  White noted these would be tough shoes to fill.

Moser is considered the heart and soul of Cripple Creek theater, and has probably shined as its  most prolific performer. His performances for the melodrama and Christmas shows over the years, especially for the villain roles, were revered by Butte fans and locals alike. He will make a final run on the Cripple Creek stage during the 2021 Christmas show.

Besides his role as theater manager, Moser was a key member of the Thin Air Theatre Company for years, and helped kick-start the town’s theater operations into more of a year-round season.

Moser thanked the city for the opportunity to run the theater. He has been involved with the Butte’s shows, since its founding in 2000.  In fact, Moser even worked with the Imperial Players at the old Imperial Hotel, under the leadership of the pioneers of this melodrama genre, Dorothy and Wayne Mackin.

Moser lauded the city for their support.  “The entertainment industry is tough,” admitted Moser.

He noted that the Butte was only one of a handful of live theater venues in the state that initially returned to action, following the pandemic.

As a result of the COVID restrictions and the public’s hesitation about live shows, Finance Director Paul Harris stated that their 2021 numbers are lower than pre-COVID levels.  But overall, he said the attendance numbers are not that much lower than the previous boom years, and he expects them to increase next year.

Live Theater Worth the Gamble

And while playing the role of Scrooge for certain funding requests, the Cripple Creek Council was quite complimentary about the Butte and the current theater company.  They appeared eager to continue to hedge their bets on continuing this ongoing attraction, with a full lineup of shows.  The city allocates close to $300,000 to the production company for a full season of shows, but keeps all of the ticket proceeds and other revenue generated from the theater.

The only complaint, voiced by Mayor Milford Ashworth, dealt with using the adjoining Star building for other uses than just storage.

But as far as the current Butte operations, the council appeared quite satisfied.

“I have heard more positive comments (about this year’s performances),” said Councilman Charles Solomone.  The current shows, offering a diverse lineup, including musicals, comedy, melodrama, community and seasonal performances, are being produced by the Thin Air Theatre Company, which has been heading the shows at the Butte for many years,

Other elected leaders agreed. Moser thanked the council and praised their decision to proceed in reopening the  Butte after the COVID-plagued season of 2020, which shut the facility down. If the city had played it too safe and not reopened the Butte, Moser predicted that it would have taken much longer for the theater to resume normal  operations.

Currently, the theater is permitted to house its regular full-audience shows.