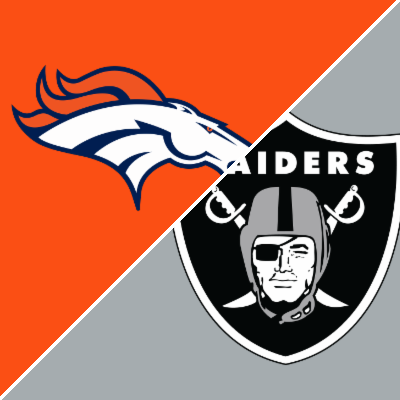 The long-time rivalry between the Denver Broncos and the (now) Las Vegas Raiders kicks off again at Empower Field in Denver this Sunday.

The Raiders started their season 3-0, same as the Broncos. They knocked off two teams that the Broncos lost to; the Steelers and the Ravens. They also beat the Dolphins in overtime. The Dolphin game is when they started to slide and have lost two in a row to the Bears and the Chargers.

The loss to the Bears showed their weakness. Raider Quarterback, Derek Carr was sacked three times and had his head on a swivel trying to avoid the Bears rush throughout the game. Carr still managed to throw for 206-yards, to eight receivers.

The Raider run game is still a hard ball playing one-two punch with Josh Jacobs and Kenyan Drake. Especially in third and short. Between the two of them, they only rushed for 59-yards last week, but were successful on short yardage downs.

The key to the Bears victory was defense. With Khalil Mack facing his former team, the Bears’ defense turned in an impressive showing and shut down the Raiders’ offense last Sunday in Las Vegas. Mack had seven solo tackles and a sack. Raiders quarterback Derek Carr had a difficult game, with no touchdowns, one interception, and three sacks.

Oddly enough Bears Quarterback, Justin Fields didn’t do much. He completed just 12 of 20 passes for 111 yards, with a touchdown and no interceptions, while gaining just four yards rushing. However, the Bears’ defense played well enough that they didn’t need much from Fields.

In a typical year, the Raiders start out fast and slump around mid-season, but it looks like their slide is coming just in time for Halloween. Ghosts of slumps past are haunting the Raiders early this year.

Unfortunately, the Broncos have also lost two in a row. Losing last week was a heart breaker. Between BAD calls by the refs, terrible coaching by Offensive Coordinator, Pat Shumer, and at least three dropped interceptions, the Broncos self-destructed much the same way they did against the Ravens.

Even with the return of Cornerback, Ronald Darby, the secondary had serious trouble stopping Steelers’ Quarterback Ben Roethlisberger (AKA Big Ben) on third and long situations.

Roethlisberger threw for 288-yards two touchdowns and one interception.

The real last nail in the coffin for the Broncos was the run game. Rookie Running Back, Najee Harris toasted the defense for 122-yards on 22 carries. Stopping the run and, what was touted as the Bronco “No Fly Zone 2.0” secondary was supposed to be the team’s strongest asset.

The Bronco’s coaching staff had better stop playing footsy with teams in the first half. They stuck to the run game for the second game in a row and it cost them two wins. While Bronco Rookie Running Back, Javonte Williams is the new beast in town, the coaches continue to give Melvin Gordon the majority of snaps. Last week, Williams ran the rock 8-times, for 61-yards. That’s a 7.6-yard average per carry. Gordon carried 9-times for a lousy 34-yards. FEED THE BEAST if you want to run the ball.

The Broncos have their work cut out for them next week, and the following week against the Cleveland Browns.

Strangely, as it seems, the Bronco defense is still the best in the AFC West, giving up only 76 points this season. The problem is scoring. The team has only scored 102-point so far this season, while the Raiders have scored 113, the Chargers, 142, and the Chiefs 134 as of this writing. The Broncos rank 28th in the NFL in scoring touchdowns in the red-zone this year. Place Kicker, Brandon McManus is still money. According to Pro Football Focus, McManus is 9-9 field goals and 8-8 extra points, but field goals don’t do it when the other team is scoring touchdowns.

The TMJ projection against the Raiders is going to be a tough one. The last two games the Broncos haven’t played with a sense of urgency, confidence, and the play calling were awful. If they don’t come out and SCORE in the first half, and stick to an unsuccessful run game until their three scores down, it’s going to be a long day.

TMJ Prediction: Just because it’s a division game and the Broncos have home-field advantage, I’m going with a Bronco win: 17-14. Don’t let me down Shumer!!!