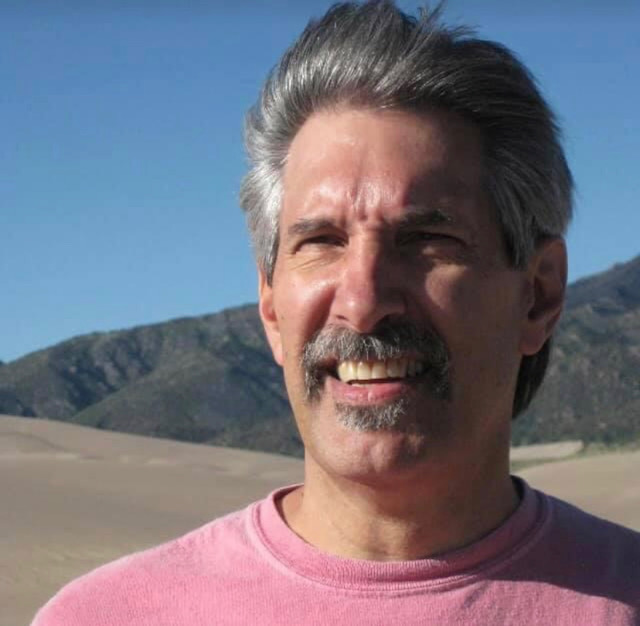 “John Murray escaped this mortal coil on Tuesday, September 14, 2021 at the age of 68. The family is convinced he left us on purpose due to a lack of engaging entertainment as Netflix seems to have run out of interesting programming; also charades is extremely difficult for someone with Lou Gehrig’s disease.
John leaves behind his loving wife Linda, three children – Zach, Kayla and Jackson, a sister, a brother-in-law, and a bohemian sister-in-law (currently traveling the country performing a sock-puppet musical recreation of Hotel Rawanda); two horrible, ill-mannered, snack-stealing dogs; two garbage cats and an exceedingly charming snake.
John was a devoted husband, doting father, and caring friend to many.
Tolerated by most of his colleagues, John was an audio engineer and teacher for more than 40 years. His career ambitions started early when he tore apart his stereo as a six-year-old so he could figure out exactly how it worked. That curiosity led him down a path to collaborate with giants in the industry as he specialized in tuning and designing large sound systems all over the US and also internationally.
There will be a service held at the Mountain Memorial Funeral Home in Divide, Colorado on October 9th at 2pm with a potluck at our home after the service. All are welcome. www.MountainMemorialFH.com In lieu of flowers, we ask that you make a donation in John’s name to the ALS Therapy Development Institute. https://www.als.net/news/als-tdi-joins-forces-with-duke/
John’s humor, intellect, beaming personality and kindness will be sorely missed.