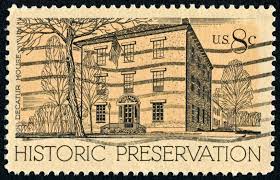 Editor’s Note:  October marks the 30th anniversary of limited stakes gaming, which officially began on Oct. 1, 1991. To mark this occasion, TMJ News, starting with its Sept. 28 issue, is featuring a number of articles highlighting the debut and growth of the industry that changed the face of Teller County.  For more details, visit www.mountainjackpot.com.

Before the introduction of gaming in Cripple Creek, the city was a crumbling mass of run-down buildings suffering from the ravages of time.

When voters approved limited stakes gambling in Cripple Creek, in Nov. 1990, the stage was set for legal betting to start on Oct. 1, 1991 in Cripple Creek, Central City and Black Hawk. The Cripple Creek Historical Preservation Commission was formed and strict requirements were placed on the renovation of the city’s historic district buildings.

We also faced many construction challenges. When we arrived at a building site to begin work, each building had been completely gutted down to the brick walls, aging beams, and posts holding the roofs up.

All four of the buildings I worked on were what were called “shotgun buildings.” This referred to the narrow width and long depth of the buildings. The long narrow buildings were all brick construction that dated back 100 years. We could scrape the brick with a fingernail and reduce it to sand.

Nailing thin strips of wood, to attach dry wall to, was difficult even with the application of the industry’s strongest commercial adhesives. Add to that, the walls that ran the length of the building looked like vertical waves on a bay, which made creating a surface suitable to hang drywall extremely difficult.

Then there was the historical preservation commission to deal with, who some critics labeled as the “Hysterical Society.”  These diligent connoisseurs of history would show up on site with photos of the building that were taken back in the hay-day of the booming city. We were instructed to “make it look like this.” Unfortunately, current building codes required us to come up with work around techniques to keep the historic character, but still meet building code standards.

Aging wooden beams and posts were replaced with steel I-beams and metal posts, which then had to be boxed in with era consistent wood. Often these fixes were larger than the originals and were frowned upon by the historical commission enforcers.

Sometimes raging arguments ensued over historical versus current building standards. We always found a happy medium to the issues and added a thing here and there to satisfy the history buffs.

The Turf Club, which has since been consumed by Bronco Billy’s expansion, was one of those arguments. The large steel I-beam that was installed the length of the building extended out into the entrance foyer much to the dismay of the historians. We came up with a solution by boxing in the beam with wood and hanging a Victorian chandelier from it. VOLIA!

Madame June’s, which is located across the street from the courthouse (and the site of future expansion by the Aspen Mine Center) was our greatest challenge. All that was left when we got to the site was brick walls and bowed brick columns in front. The historical commission showed up with a fist full of old photos of the exterior and interior and cut us loose to again, “make it look like this.”

Some of the interior photos showed beautiful oak moldings that are no longer made by any manufacture. We had to take the photos to a milling outfit in Denver, where they cut special knives for their shaper machines to duplicate the moldings.

The brick columns in the front had to be made strictly decorative, as they could not perform their original job as supports for the upper level of the building. Again, steel I-beams were used, supported by steel posts, which were then boxed and trimmed with decorative moldings.

All things considered, the approval of gaming in Cripple Creek saved the life of many historic buildings that otherwise would have crumbled to dust, and revitalized the community of the city.

Tourism is now thriving where before it was struggling and residents and businesses are reaping the benefits. Even with the influx of tourists and gaming, challenges still persist today.

According to Cripple Creek’s Planning and Historic Preservation Coordinator,

Renee Mueller, “The biggest challenge with new construction inside the Historic District is designing new buildings that do not imitate our historic buildings yet blend nicely and complement the existing historic structures.

“Cripple  Creek has several empty lots in the Historic District.  It appears that there is a lot of interest in new construction in Cripple Creek as of late.  All new construction as well as changes made to historic buildings must be approved by the Historic Preservation Commission.  These procedures can be time consuming. After a long dry spell in these types of requests, our HP Commission is starting to get back into the swing of things moving forward.”

Some of the new projects include workforce housing developments and big casino lodging expansions. Recently, the Historic Preservation Commission approved a three-building, 12-unit modular housing development in the downtown, with a design that raised a few eyebrows initially. The project, proposed by Century Hotel & Casino, has nearly cleared all regulatory hurdles.

On the table in the future, according to some reports, could be a future casino and even questions surrounding the renovation for development, or the possible demolition, of a number of dilapidated buildings in the downtown.

As a result, the historic preservation committee, could have a busy agenda for the next couple of years.