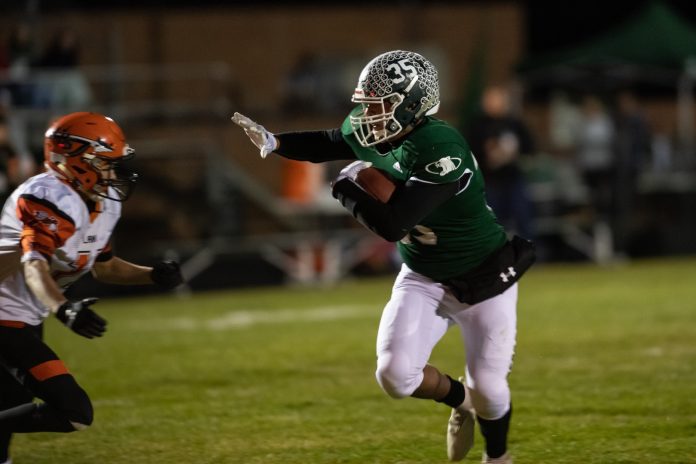 After being sidelined for two weeks, the Woodland Park Panthers football team came out with a vengeance Saturday evening and scored an impressive victory.

Two weeks ago, the team had a bye week. Then, they had to take another week off  due to a COVID-19 scare. 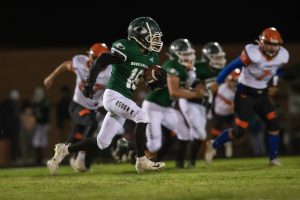 But their unexpected break didn’t seem to faze the Panthers a bit. This fact was relayed loud and clear during their 19-13 convincing win over Lamar on Saturday night, as the  Panthers apparently didn’t skip a beat during their time off.

In fact, the team was missing some key varsity players due to ineligibility and injuries. But just like the game against Berthoud, many younger players from the junior varsity team stepped up and made some good plays. 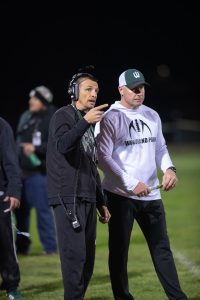 During their most recent victory, the Panthers discovered a secret weapon play, the old quarterback sneak. It seemed as if every time Panther sophomore QB Bryce Broeker took the snap tucked his head and raced forward, the team gained some yardage.

The super tough Panther defense also contributed immensely to the team’s second victory. The Panthers turned Lamar over on downs during some key drives and scored points with a safety. 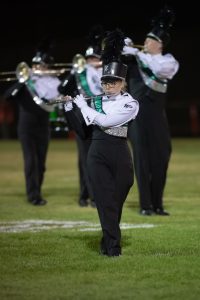 The Panthers were the first to put points up on the board when they drove the ball down the field late in the first quarter. After a good drive, Broeker used his secret weapon play to score a one-yard run. Junior running back Aiden Hernandez then ran it into the end zone for a two point conversion, making the score 8-0 with five minutes left in the first quarter.

The Panthers then kicked off to their opponent and they were able to stick Lamar on their own four yard line. Shortly after, the Panther defense scored a safety, racking up  the score to 10-0. 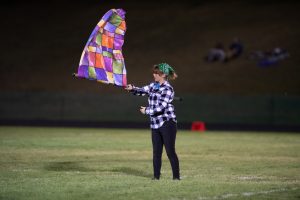 During the Panthers next possession, they started at the Lamar 42 and drove the ball further into enemy territory. This drive then set up a 27-yard field goal for the Panthers making the score 13-0 at the end of the first quarter.

In the early part of the second quarter, Lamar punted leaving the Panthers on their own 28 yard line. Broeker then dropped back for a pass which was picked off and taken down the field for a 40 yard touchdown. Lamar scored the extra point making the score 13-7. 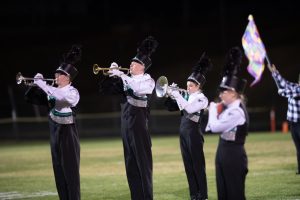 A few minutes later, the Panthers had another good drive after they started at their own 31. The drive turned into a five-yard rushing TD by Broeker and a failed two point conversion. The score at the end of the first half was Panthers 19 – Lamar 7.

During the second half the Panther offense seemed to slow down or maybe their secret weapon QB sneak play stopped working as well as it did early in the game. But the team’s defense still held strong. 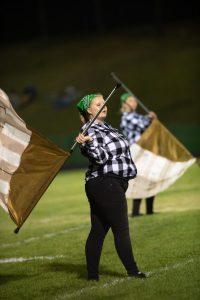 One more score came when Lamar’s Axton Morales scored a one yard rushing touchdown. The point after was missed leaving the score at 19-13.

Towards the end of the game, the Panthers had a blocked field goal which set up a drive for Lamar. Morales got a big run during the drive putting Lamar on Woodland Park’s 38 yard line.

Lamar tried to tie the score with a touchdown, but they were stopped by the Panther defense with a turnover on downs. When the Panthers got the ball, they stayed on the ground and wound down the clock for a victory.

the student body showed up in groves nearly packing the stadium. Even though the cheerleaders were not present due to scheduling conflicts, the high school volleyball team picked up their slack and enthusiastically cheered on their peers.

The stands should be packed again this week as the Panthers play their homecoming game on Friday. At 7 p.m., the Panthers take on the 0-5 Salida Spartans.

Since Salida is winless this season, this Panthers will be the strong favorites for this match. The Panthers, after a slow start, are currently 2-2 for the season. Panther enthusiasts are confident about  the prospects of many more “W”s this season.