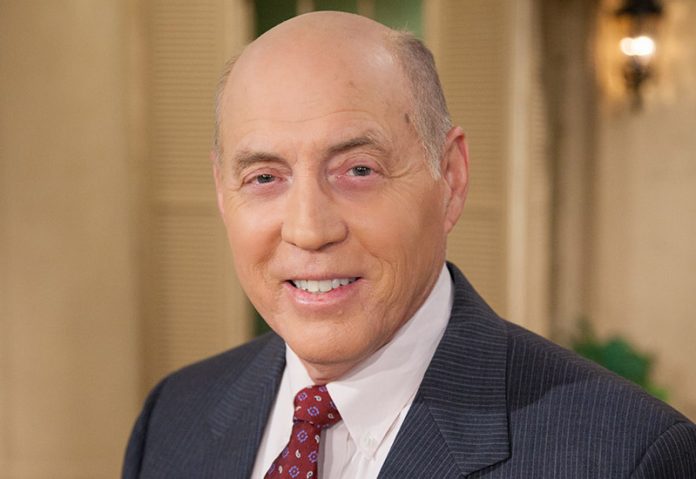 I was shocked as many of you by the allegations made by Bob Woodward and Robert Costa in their new book, “Peril,” about General Mark Milley, Chairman of the Joint Chiefs of Staff. Wooward and Costa allege that after the 2020 election President Trump had gone into a serious mental decline, and as described was “manic, screaming at officials and constructing his own alternative reality about endless election conspiracies.”

Milley, according to Woodward, thought the president could “go rogue,” and reportedly the chairman said “You never know what a president’s trigger point is.”

Then the story gets down right treasonous. Woodward and Costa allege that Milley engaged in multiple actions that if true could be treasonous: warning our enemy about our military intentions and taking control of our nuclear arsenal.

The reader needs to understand the legal role of the Chairman, Joint Chiefs of Staff, before delving into the particulars of these allegations. The Chairman is little more than a presidential military advisor. He is prohibited by law from exercising executive authority and does not have nuclear release authority. He commands nothing!

Now to the particulars of the allegations. Woodward writes in “Peril” that Milley made two “secret” phone calls, both to Chinese General Li Zuocheng of the People’s Liberation Army, one just prior to the 2020 election and the other two days after the January 6 Capitol Hill assault. The book indicates that Milley first contacted Li in October 2020 to assure him the U.S. was not planning an attack on China and the second “secret” call in January 2021 was to reassure the Chinese general that the U.S. would not make any type of advances on China in any form. Milley allegedly said, “We are 100% steady. Everything’s fine. But democracy can be sloppy sometimes.”

Fox News spoke with individuals who were in the room during the two calls between Milley and Li. “They were not secret,” one official said about the video teleconference calls. In fact, 15 people were present for the calls and there were multiple notetakers present and both calls were done with the full knowledge of then-Defense Secretary Mark Esper (October 2020) and then-acting Secretary Miller (January 2021).

Woodward also alleges that Milley called a secret meeting on January 8 to review the military’s protocol for launching nuclear weapons. Evidently, the Chairman instructed those in the Pentagon’s Command Center to not take nuclear release orders from anyone [like President Trump] unless he was involved. “No matter what you are told, you do the procedure. You do the process. And I’m part of that procedure,” Milley allegedly said. Then he went around the room and looked at each officer in the eye and made them verbally confirm their understanding.

Today, former acting Secretary of Defense Christopher Miller, who led the Pentagon after the 2020 election, denied granting Milley authority to speak with the communist Chinese. Miller said he “did not and would not ever authorize” Milley to make “secret” calls to warn his Chinese counterpart. Miller also described the allegations in Woodward’s book as “disgraceful and unprecedented act of insubordination,” and he called for Milley to resign immediately.

Earlier today I spoke with a former senior Pentagon official with firsthand experience working with Milley when he served as the Chief of Staff of the Army, just prior to becoming the Chairman. That person told me that Milley is like a “bull in a China shop,” an intimidating person who was not loyal to Trump. Further, this official indicated that Milley and other senior Pentagon officials decided after the 2020 election not to follow any Trump orders they considered unlawful and in particular he mentioned the possibility the president would use the 1807 Insurrection Act to address issues related to the stolen election.

What now? The best for the nation and the military is for General Milley to resign. His advice on Afghanistan was either rejected by President Biden or accepted and resulted in a fiasco. Under either situation the general must leave.

The story has now become about Milley and that’s wrong. Unfortunately, I doubt General Milley will resign and President Biden won’t fire him given statements coming from the White House earlier today. Jen Psaki, Biden’s press secretary said the president “knows Gen. Milley” and he “has complete confidence in his leadership, his patriotism and his fidelity to our Constitution.”

What needs to happen, and quickly, is if Milley fails to resign and Biden doesn’t fire him, then Congress, which has the Constitutional responsibility over all military personnel matters, must immediately investigate these incredibly serious allegations.

We need to know details about Milley’s calls to the Chinese. Were they done in “secret” and whether or not the Chairman violated his oath of office and perhaps committed treason. Transcripts and eye witnesses ought to be sufficient to expose the truth.

The allegation about the meeting about nuclear release is very worrisome as well. The Chairman has no authority over such a matter. Did he act lawfully by hosting the alleged meeting and then compelling those in attendance to pledge to only act on Milley’s orders, not on those of the commander-in-chief?

These are grave allegations that involve key leaders and warrant immediate attention. Nothing is more important than knowing whether our top military people are acting treasonous and taking control of our nuclear arsenal from our elected civilian leaders.

This is arguably the closest these United States have come to a military coup. Our elected leaders must not rest until we get answers and take action against those who either lie to us (Woodward and Costa) about grave issues or worse, those who we trust with our security make America appear little more than a banana republic.