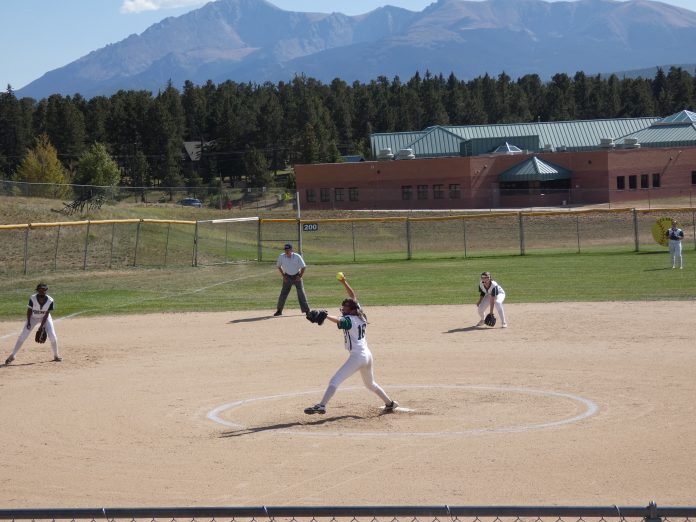 With the Woodland Park High School football team on a bye last week, TMJ took the time to focus on some other key fall sports that have gained growing popularity over the last few years, generating a rising fan base.

Fall often serves as the calling card for such sports as soccer, softball, volleyball and golf. Here is how WP is faring in several of these areas.  Check TMJ News for continual Woodland Park High School sports updates.

The Panther soccer team has gotten off to a decent start to the 2021 season even though their 3-4 record may not show it.

The good news is that they have yet to play any league games that count towards their playoff hopes. AS a result, they are still officially in first place in their league.

Last Thursday, the Panthers ended their two game losing streak at home when they won against the Vanguard School 6-5. During their losing streak they lost to Ellicott 3-2 and Mitchell 10-0. Before they lost two straight games, they beat Pueblo East 4-1.

Last spring, the team’s coach Andrew Pappadakis said that his volleyball crew is young and they still needed help learning the game and working as a team. This year it seems as they are getting the message, as they have already won some key matches.

The team also is sitting pretty well in their 4A Colorado Springs Metro South Division. Technically they are tied in first place because no team has yet to play in their league.

The Panthers overall, non-league record is pretty close to the top teams in the league. Canon City is sitting at 5-3 and Palmer has a 4-3 record. Harrison and Coronado sit behind the Panthers with 2-4 records.

This week the Panthers continue non-league play as they take on the 2-2 Sierra Stallions. They go on the road Tuesday and play two games, one at 4 p.m. and another at 6 p.m.

The Panthers then start to play league games next week. On Tuesday they take on the 2-4 Coronado Cougars on the road. Then on Thursday, they play the 2-6 Mesa Ridge Grizzlies at home.

Last spring, the Lady Panthers impressed fans once again when they won their league and made it to regional championship.

This year the girls have a mission to continue to have a winning, championship-caliber team and make it to this  tournament once again.

Currently, they have a 3-5 record they don’t resemble a team competing for the state championship. However, it is still too soon to determine this fact because the team has not yet played a game in their league.

Other teams in the Panthers’ 4A/5A Colorado Springs Metro South League are also having a rocky start.

The league’s two best teams are Mesa Ridge at 5-5 and Widefield with  6-6 records.  The Panthers are currently ranked 41 in 4A in the state and Widefield is ranked 40.

Last week, the Lady Panthers beat Pueblo South 3-0, but then lost to Discovery Canyon 3-1. Last weekend, the ladies furthered their skills before they start playing league games at a tournament in north Denver.

When it comes to attacking, junior Kyra Kidd leads the team with 60 kills and 19 blocks. Senior Grace McClintock also has played well with 56 kills and 188 attack attempts.

On the serving side, junior Sydney Roshek leads the team with 24 aces. Giana Roskam comes in second place with 14 aces and 46 points.

Roshek also leads the team in digging with a total of 142 digs so far this season. Roskam is next best with 41 out of the 27 sets played.

This week, the girls play one non-league match on Tuesday against the tough 9-1 TCA Titans. The girls start their league play next Tuesday when they take on the 4-6 Canon City Tigers.

The Lady Panthers 2021 season this year started before school was back and they have already played 15 games. Their season has gone a little back and forth and their overall record is currently 6-9.

However, at the moment, the girls are ranked rather low in their division with a 2-4 league record. The Panthers currently sit in fourth place in their 4A/3A Colorado Springs Metro South League. Coronado is in first with a 6-0 league record, while 6-1 Mesa Ridge is in second and Canon City is in third at 4-3.

Lately the team has struggled as they have only won one out of their last six games. Last week, they lost to Coronado 12-0 and Canon City 15-9. Their last win was a 17-5 victory over Sand Creek.

Although their record may not show it, many members of the team have put up some good statistics so far this season. Junior outfielder Marin Kleppe is currently leading the team in batting with a .485 batting average and 16 hits.

Freshman catcher Rylee Schoendaller has been impressive this year with a .391 batting average, nine hits, and the team’s only homerun of the season. Freshman outfielder Destiny Curran has also been key to the team and holds a .417 batting average out of the nine games she has played.

Other upper class players have also been successful. Junior third base and first base player Izabella Newsome has a .364 batting average, and has recorded 8 hits, 4 RBIs, and 5 runs. Senior Shalee Schoendaller plays at first base and as a pitcher and has a .323 batting average.