A Quarry On the Move

For several decades, the Florissant Fossil Quarry has become the  go-to spot for  ancient gem collectors across the world. 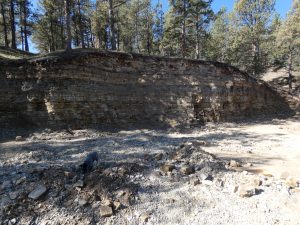 In fact, for a small hourly fee,  visitors can go to the quarry and hunt for their own Florissant fossils, an activity that is considered one of the region’s most popular and unusual draws.  A national monument even pays tribute to the Florissant fossil legacy. 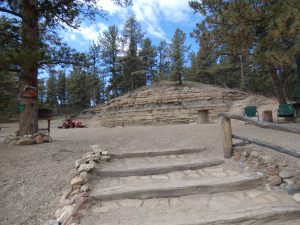 Every year the quarry gets visits from collectors and school groups wanting to educate students on fossils. However, during the last year, the number of students going to the quarry for field trips has decreased due to the pandemic and school bus and bus driver shortages.

The quarry then got the idea to create a mobile classroom so that they could bring their fossil education experience to classrooms across the state. The mobile classroom will travel to schools, and they will give presentations about the pre-history of the Florissant area and how to find fossils. 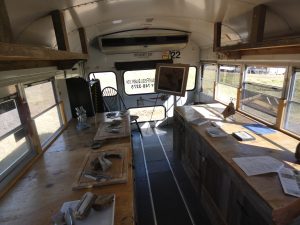 After the presentations, students will have the chance to go inside the mobile classroom and crack shale in hopes to find fossils. The bus is equipped with all of the tools necessary to break the shale found on the property and magnifying glasses to view any fossils the students find. 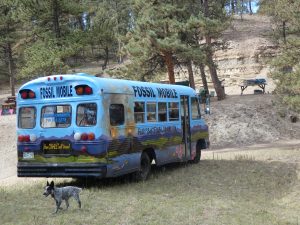 According to quarry owner Nancy Clare Anderson, building the classroom out of an old school bus from Fountain took about three years to complete. The construction of the bus was a collaboration of local tradesmen with Bailey Restoration restoring the vehicle and finish carpenter David Henry completing the interior.

On the outside, the mobile classroom has a detailed mural painted by Nancy’s sister, Dixie Clare, knows for a variety of murals she has done in Teller County. The mural portrays how the Florissant area looked more than 30 million years ago during the era in which  the fossils originated.  The mural consists of the fresh water lake that encompassed the Florissant area and two volcanoes that were located near Guffey. 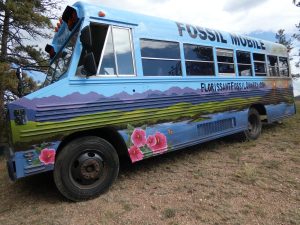 The mobile classroom is available for any school or group that wants to learn more about fossil collection. Anderson said that the quarry’s classroom can travel around the area or on the Front Range to provide an educational, hands-on fossil collecting experience.

Anderson also said that the idea to bring fossils to students has been in the works for quite some time.

“The quarry has been very seasonal, so we wanted to do something to stay a little busy in the winter time,” Anderson said. “And, that’s where the mobile classroom comes in. We have a very good working relationship with the Florissant Fossil Beds National Monument and they will be partnering up with us on some of the interpretations at the schools. We did that before, but we would just go off-site and work in their classrooms. Now, we have a better way to do it.”

The quarry was first opened to the public by Nancy’s parents, her mother Toni Clare and her late father Gene Clare in the 1970s. Anderson and Toni Clare have operated the quarry for the last 30 years.

According to Toni Clare, they decided to open the quarry up to the public when a professor at a summer camp nearby noticed that the ancient lake’s shore line ran through the Clare’s property, and that they had large shale outcroppings that contained a number of fossils. 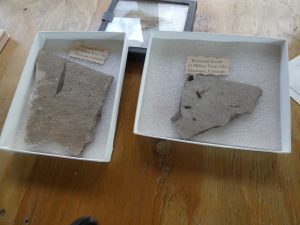 According to Anderson, the quarry and fossils coming from this property have been published in several books. They have a display at Denver’s Nature and Science Museum and Kansas State University, . In addition, the Colorado University in Boulder has a large Florissant fossil display.

Visitors get the chance to roam through piles of shale that the quarry excavates from the wall. People can then use their own tools or equipment provided to them to crack the shale along the breaks to find fossils inside them. 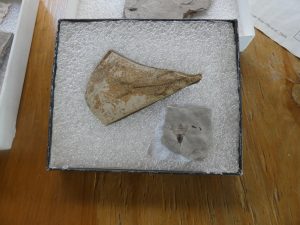 Not every chunk of shale contains a fossil, but it is possible to find a variety of items that are associated with freshwater lakes. Since they have been open, they have discovered the fossils of such creatures and nature specimens  as leaves, bugs, fish, and even bats.