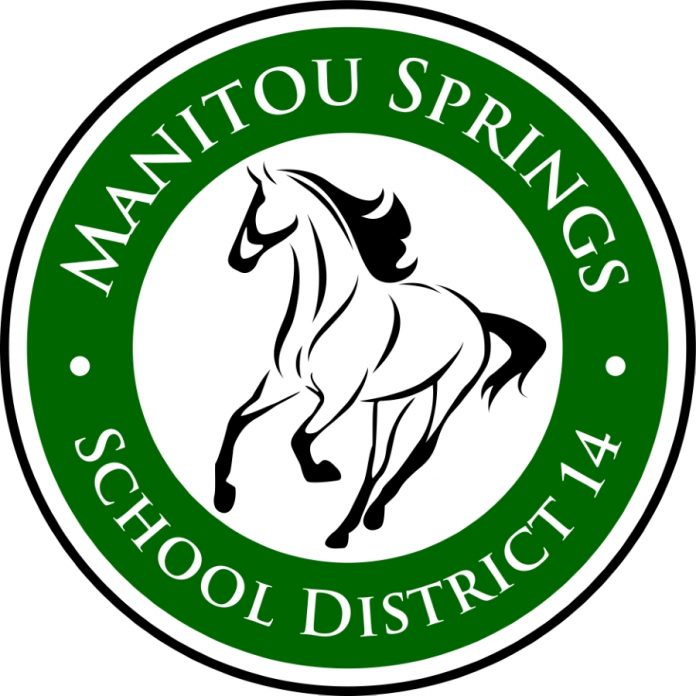 T’s the season for grants and a strong push for revenue, capped by the prospects of  much needed new school and enhanced facilities, for a district that is turning 150-years old.

That was a message delivered by Elizabeth Domangue, the superintendent of schools for the Manitou Springs School District 14. Facing a fairly friendly audience, including elected leaders in Green Mountain falls who attended school in the Ute Pass and in Manitou Springs, Domangue unveiled plans for at last week’s GMF trustees meeting for an ambitious $43 million bond package. This bid, part of a major grant the district may land, will be voted on this November by residents of the district, including many citizens in the Ute Pass.

The main highlight of the plan calls for the $23.4 million construction of a new middle school.  However, the bond package would include enhancements at many of the current facilities. For example, the Ute Pass Elementary School, just east of Green Mountain Falls, would reap the benefits of $7 million in improvements under the proposal.

Major improvements are slated for the district’s historic auditorium and for the athletic fields.

Domangue outlined the dire straits conditions of  many of its current facilities. She noted this is the first time district leaders have proposed a tax increase since 2002. On the historic upside, the superintendent noted that the district will be turning 150-years old next year in celebration of when it was founded. This will also mark the 100th-year anniversary for the Manitou Springs Elementary School.

The entire request was spearheaded by a significant Building Excellent Schools Today grant the district was awarded, if it comes up with a certain amount of matching funds. Part of the funds for this grant come from the marijuana excise tax on retail sales.

For weeks, district representatives have presented the proposed improvement  plans to various community leaders in the region.

The big question, though, hinges on the total revenue tax package and the cost for property owners.  The superintendent estimated that the tax package would cost an extra $13 a month in taxes, per $100,000 in property values.

Domangue emphasized the popularity of the Manitou school district, and that the fact that many o the students come there by choice, and aren’t part of the community.

“This is to maintain the size of our school community,” said the superintendent. Domangue cited the way the district has responded to the COVID epidemic as a major achievement.

Although not dwelling into details or saying yes or nay, the Green Mountain /Falls Board of Trustees gave the plan a friendly response. Several elected leaders spoke fondly of their memories in attending school in the Manitou Springs school district.

The bond question will be decided at the Nov. 2 election.

This will be one of a slew of ballot issues facing voters this November.

The town of Green Mountain Falls may join the ballot fervor in the near future, but most of its possible questions won’t occur until April 2022.