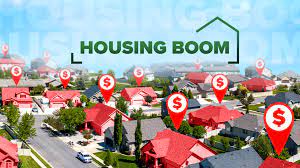 The housing drums are beating louder in Cripple Creek, with the city council making a $100,000-plus bet on infrastructure perks to usher in new developments.

And earlier in the week, the town’s historic preservation commission signaled the green light for the design of the new workforce housing development, located on Masonic Avenue in the heart of the historic district. The commission made a recommendation for a certificate of appropriateness (COA) designation, with a few conditions.  This is a key action and almost guarantees that the new 12-unit, three-building, two-story housing development will clear all necessary government hurdles.

At last week’s special meeting, the council played out its gambling hand by okaying three requests for a complete 100-percent waiver of tap fees. The developers, though, will still have to foot the bill of hard costs incurred by the city, such as building permit work, inspections and supplies.

Still, this move is substantial and has apparently tilted the scale in spearheading housing development in Cripple Creek, which has been non-existent for the last two decades, especially in form of new construction.

The three projects granted perks last week included the proposed downtown workforce housing development, which will be owned and managed  by Century Casino & Hotel, and two housing bids by Vasilakis, who is proposing 25 modular homes on infill lots throughout the city.  With this action, city leaders have now approved 23 units of affordable housing in the last few weeks, shattering any previous records for the last several decades.

The council’s pro-housing action, though, didn’t occur without some debate.

Councilwoman Melissa Trenary questioned the granting of a full 100-percent waiver of tap fees. “How long are we going to grant 100 percent of (water and sewer) tap fees?  That is a lot of money.”

Trenary expressed concerns about setting a precedent, and one that could cost the city mega bucks, if they were presented with a huge proposal by an out-of-town developer, such as a 100-unit project.

She wondered if this 100 percent, full-tap fee waiver would become a common council practice until the program expires in June 2024.

But Mayor Milford Ashworth responded that this could be a good problem to have. “We don’t have anything now,” said the mayor. Ashworth stressed this is part of a developer incentive program to foster desperately needed affordable housing units. The mayor noted that in the last two decades, the city has experienced virtually no new housing projects.

In essence, the mayor indicated  the city is taking a gamble for its long-term future. “We are building for future revenue,” said Ashworth.

“Is the cost worth the benefit?” questioned Trenary. She worries about a mega project in the future that could end up costing the city more than $600,000, if the council  continues the current 100-percent tap fee waivers.

The mayor and most council members believe the program is worth the gamble, as long as the town government doesn’t get stuck with ‘hard costs” to oversee these new developments.

City Administrator Ray White cautioned that the new incentive program is still in the early stages. He stated that down the road, the council may want to consider whether it wants to cap development tap fee waiver costs at a set percentage level.

In the end, the council unanimously okayed the $100,000-plus in infrastructure incentives.

With only a few extra conditions, the town’s historic preservation commission recommended granting a certificate of appropriateness (COA) designation for the project, following a spirited discussion.  Due to the fact that the proposed project is located in the historic district, the development proponents must obtain a COA.

The council is expected to take final action this week on this request.

During last week’s preservation  meeting, some concerns were raised about sporting a more historic look with the housing development.

But Eric Rose, the general manager of Century casino stressed that the desperate need for this type of project trumps these historic concerns.

More notably, both he and Vasilakis, argued that the future look of this area will be greatly enhanced with the new project, compared to what residents in the area are now viewing.

One commission member made a plug for a more historic look with the project design. “It looks like it belongs in an  Army  barracks,” said one member of the panel.  Renee Mueller, the city’s historic preservation coordinator, admitted she wasn’t thrilled with the initial design and suggested somel changes.

Rose cited the community benefits of the project, and cited the fact that this is the first new housing development in Cripple Creek for the last 20-plus years.

That said, Rose stated that Century would be open to making small adjustments.

In a compromise move, the commission agreed to approve the group’s original design, referred to as the “Almeria,” but asked that the project proponents develop different colors for each building. They also recommended a few other small changes.

At last week’s special  council meeting, Vasilakis told the elected leaders that the proposed units are quite spacious and are a big plus for the community. Altogether, these units, mostly consisting of two and three-bedroom units,  may accommodate more than 25 people. Although initially open for Century casino workers, the rental units are open for members of the entire town, including employees of other casinos.

At their next meeting, the council is scheduled to take final action on the preservation commission’s approval request.