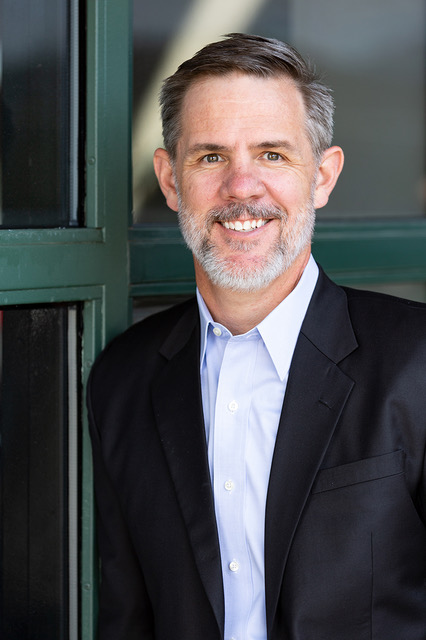 The Woodland Park RE-2 School District announced last spring that they would be hiring Dr. Mathew Neal, who previously worked in Kuwait, as the district’s new superintendent.

Neal officially relocated to the area in July, and he started the school year off as the district’s head skipper.

In his first two months, the new superintendent has been working hard to learn more about the community. He has gone to many meetings of local organizations to get a feel for how the community works.

Neal grew up in Fort Collins and then left the state to get his bachelor’s degree at Mississippi College. He then returned to Colorado where he earned a master’s degree from Colorado State University. He also has a doctorate from the University of Southern California.

Neal has worked in school districts for 18 years and most recently was the superintendent at the American Creativity Academy in Hawalli, Kuwait that has over 6,000 students. His new job is his third position as a superintendent. Previously, Neal worked in areas such as Boulder, Brighton and Denver.

After his contract was nearing an end in Kuwait, Neal was looking to move back to Colorado and find another superintendent job. After searching through over 40 open superintendent positions in the state, Neal picked Woodland Park due to the amenities in the community and the size of the district.

“I like to be able to walk into my kid’s school and have relationships with the teachers,” Neal said. “When I was managing 52 schools in Denver you don’t really have that relationship. Woodland Park really allows me to have a close relationship with my staff.”

One of Neal’s main goals deals with increasing  the district’s communication efforts in the community. This year three more schools now have their own social media pages to keep parents informed about what is happening in the school.

“As a leader I am a very high level communicator and a frequent communicator,” the new superintendent said. “I want to tell the communications at 25 different levels, what are we doing, where are we going and how are we doing it. And, I think that is a really good thing for Woodland Park. I think that Woodland Park has done an amazing job, but hasn’t told the story in some ways. And so, we are buying cameras for schools and we are asking our staff to really celebrate what we are doing.”

One main challenge Neal has found this year has been the emotions surrounding COVID-19 epidemic, and a shortage of certain positions including bus drivers. Since the last two years have been so tough on children, the district received a federal grant to hire 13 mental health counselors to help the kids with the emotional issues due to COVID-19. Neal also stated that many of the students has slipped academically due to missing so much class time over the past year and a half.

Another main goal of Neal is to maintain and improve the district’s level of academic excellence. 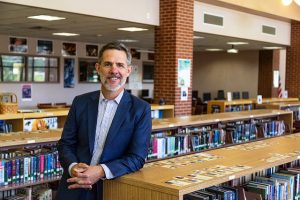 One major aspect Neal likes about the district is the staff that works with him. Although there are 60 new staff members, there are still very many seasoned staffers that have been with the district for 10, 20 years or more.

“We have incredibly famous staff that have just been doing a great job for a long time,” Neal said. “We hate to lose them. We are working hard dedicating our time this year in helping them feel appreciated. And it’s not about how much you get paid always. It’s not about the hours it’s a lot about the value and how we value them as staff.”

Neal said that he signed a multi-year contract and he is planning on staying in the community for the next several years. Neal and his staff are currently working creating the district’s strategic plan that will outline the strategy for the next five years.