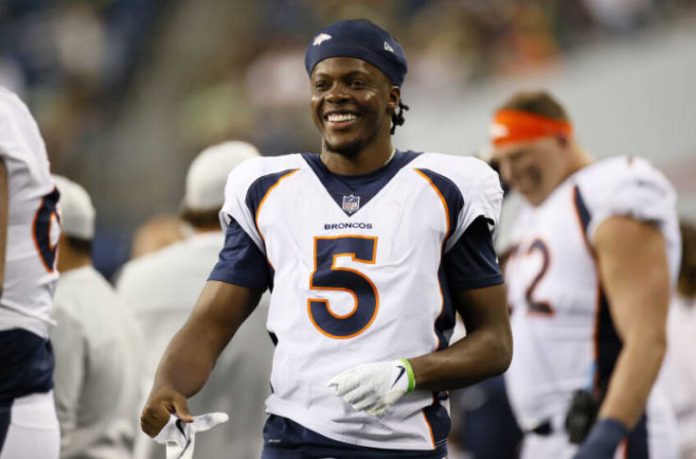 With two preseason games under their belts, a clearer picture is developing on how the regular season will look for the Denver Broncos.

What isn’t so clear yet is who will be the starting quarterback when the Broncos open the regular season against the New York Giants, on September 12th, in New York.

Starting with the quarterbacks.

Both Teddy Bridgewater and Drew Lock have had a solid preseason. Bridgewater AKA “Steady Teddy” has demonstrated he can manage a game well and score points. His biggest weakness is he doesn’t have the long ball threat. This limitation can be easily diagnosed by opposing defenses. Without the deep ball threat, defenses will key on the short to intermediate routes and crowd the line of scrimmage to stop the run.  While having a game manager like Bridgewater under center has advantages, the downside is too heavy a load to lead to success.

Last year Drew Lock had serious flaws that it seems he has overcome. He has learned not be so obvious when dropping back to pass. Last year he telegraphed whom he was throwing to and opposing defenses took advantage of that. Judging from what he has done in preseason, Lock now goes through his progressions well and checks down to a back or tight end if the deep guys are covered. Lock’s tendency to throw picks in the red zone is still of concern.  Lock has also learned to throw the ball away when there is nobody open, instead of trying to squeeze the ball into tight coverage. Hopefully this will eliminate those pesky picks in the red zone.

Melvin Gordon is still the number one running back. He hasn’t had a lot of snaps this preseason, but his resume assures him the number one spot. Royce Freeman has secured his spot as the number two guy, but is getting some pressure from rookie Javonte Williams. Williams has had a great preseason and has shown his ability to get yardage after first contact. Third down and short was the Broncos Achilles heel last year. With the addition of Williams, this could be the year the Broncos finally overcome that weakness.

This is another spot where the Broncos have made serious improvement. The biggest issues last year were a lack of communication, missed assignments, and holding penalties. Against Seattle last week, there were zero penalties on both sides of the ball. A huge

improvement.  Communication with the quarterback, the rest of the line, and even wide receivers has led to positive plays this preseason. At Seattle, wide out KJ Hamler saw an obvious corner blitz, relayed the information, and led to a long gain when Bridgewater changed the play and hit Hamler before the blitz could disrupt the play.

This is where the Bronco really shine. Speed, quickness, and good hands are key to success and the Broncos have all of that in receivers, Courtland Sutton, KJ Hamler, and Jerry Jeudy. With the improvements in pass protection on the offensive line, we’re going to see a very successful passing game this year. Last year’s biggest weakness in the passing game was dropped passes. The Broncos have dealt with this weakness and it shows.

The Bronco defense is going to be in the top five defenses this year if they can remain healthy. Von Miller and Bradley Chubb are back together as a two-headed monster in the pass rushing department. With the addition of rookie Pat Surtain II, Ronald Darby, Kyle Fuller, many are expecting this Bronco secondary to be the “No Fly Zone” part two. At safety, Justin Simmons and Kareem Jackson, are arguably the best safety duo in the league. With great coverage in the secondary, comes increased pressure up the middle by the defensive line. Watch for Shelby Harris to continue to knock down passes, Miller and Chubb to rack up double-digit sacks, and everybody in the secondary to make interceptions.

Head Coach Vic Fangio is going into his third year. In his first two seasons, Fangio hasn’t gone over .500 in wins and the Broncos have missed the post-season in each of those years. The Broncos were a dismal disappointment in the coaching department last year. Bad clock management, questionable calls on third down, and a general lack of creativity cost the Broncos big time last year. Offensive Coordinator Pat Schumer seems to have found the right combination of run to pass formula this year. He has finally got the offense executing the screen pass like never before. That was a huge problem last year.

Let’s just say this is the biggest weakness in 2021 Bronco land and leave it at that. The only bright spot is Place Kicker, Brandon McManus is still money from 50-yards and closer.

The AFC West is, unquestionably the toughest division in the league. With Patrick Mahomes, (Kansas City Chiefs) Justin Herbert, (Los Angles Chargers) and to a lesser extent, Derek Carr, (Las Vegas Raiders) as opposing quarterbacks, this is going to be a tough row to hoe for the Broncos. Those three teams represent 6 of the season’s 17 games.

If the Broncos fail to beat each of those teams at least once this year, they’re doomed to another year without a playoff appearance.

They say third time is a charm and judging from what the preseason has shown, this will be the year the Broncos make the playoffs as a wild card.

TMJ Projection: The Broncos come out and go 3-0 to start the season, finish with a record of 10-7, and make the playoffs as a wild card.