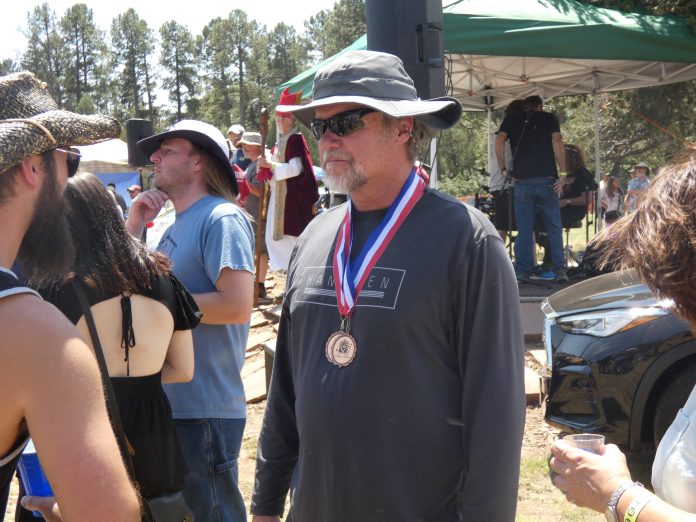 Big crowds recently filled the grounds of the Chapel of Our Saviour Episcopal Church in the heart of the Broadmoor neighborhood for the annual and prestigious Feast of Saint Arnold Brew Festival.

After taking a break in 2020, the event that celebrates the history of the Patron Saint of Brewers returned with a bang. 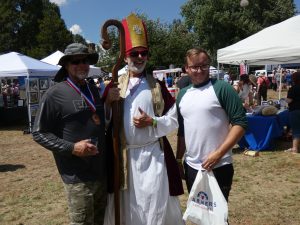 At one of the only family-friendly beer festivals in the region, hundreds of people showed up to celebrate the art of brewing beer and other adult beverages, including many local beer-brew buffs and crafters. Every year the church holds a contest where professional breweries compete to see who can concoct the best brew in different categories.

This year was the first year that the festival held a home brewers contest as well as the professional one. 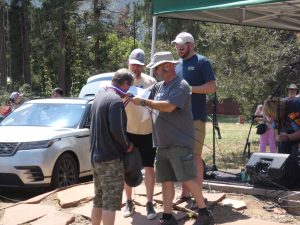 And in a big triumph for local brewers, two Woodland Park residents  took home prestigious medals. Fred Slane took home the silver in the technical category and Todd DeRemus picked up a bronze in both the technical and experimental brew contests.

For the technical category, the brewers must choose a specific style of beer to brew. They then get critiqued by the judges and rated by how close their beer represents the style they chose. Slane took second place with his OId Peculiar Scottish Ale and DeRemus won third with his Honey Fox American Porter. 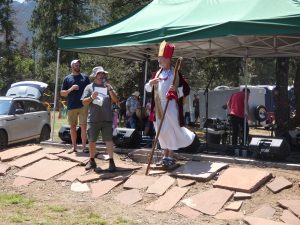 The other category that gets rated is the “What would Saint Arnold brew?” experimental contest. In this category, both the professionals and home brewers are tasked with creating a beer that replicates what the saint would have brewed in the medieval era.

As the story goes, a monk named Arnold established a monastery in Oudenburg during an outbreak of the plague. While in his position as bishop, Arnold persuaded people in the area to drink the beer he brewed instead of the water that was available. 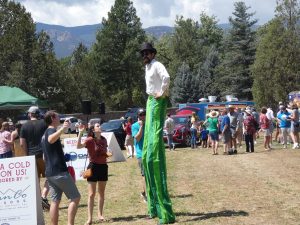 Therefore, every year brewers from across the state try to make a beer using other ingredients besides hops to honor the saint. DeRemus chose to make a beer with spruce tips, and called it “Drunken Gnats Spruce Tip Ale.”

DeRemus is not new to the brewing scene as he has practiced brewing at home as a hobby for several years. DeRemus once owned and operated the Ute Pass Brewing Company in Woodland Park. And ever since his brewery had to close, he has been keeping up his brew skills on a small system at home.

Being one of the most unique beers entered, DeRemus said that he had fun experimenting with the spruce tip ale. “I feel that it is what Saint Arnold would have brewed,” the home brewer said. “That’s one reason and I have always been intrigued by using not so common ingredients in beer brewing. Spruce tips happened to be coming around at that time and I was able to gather them.” 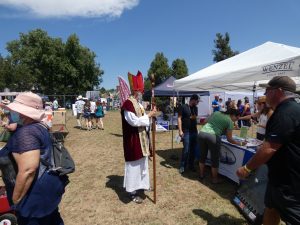 He gave the beer the name “Drunken Gnats” because he noticed gnats flying around while he was brewing the beer. He gave it that name to help represent some of the struggle’s brewers could have gone through in the medieval era.

DeRemus also won a bronze with his Honey Fox and he said he chose an American Porter due to the types of grains, hops and yeast he had on hand. Out of the six medals that were given to home brewers in the two categories, DeRemus took home two of them.

The brew festival is the main annual fundraiser for the church and this year the turnout was huge. In 2019, the festival raised over $27,000 for Westside CARES which provides many services to the community including food pantries and medical assistance programs. That year the event also raised over $11,000 for the Chapel of Our Saviour’s outreach programs.